Articles
Max Prosperi is a part-time frequent flyer and travel writer and full-time student. Based in St. Louis, Missouri, Max covers a variety of topics with a focus on points, miles, and aviation.
Follow
April 07, 2019
•
6 min read 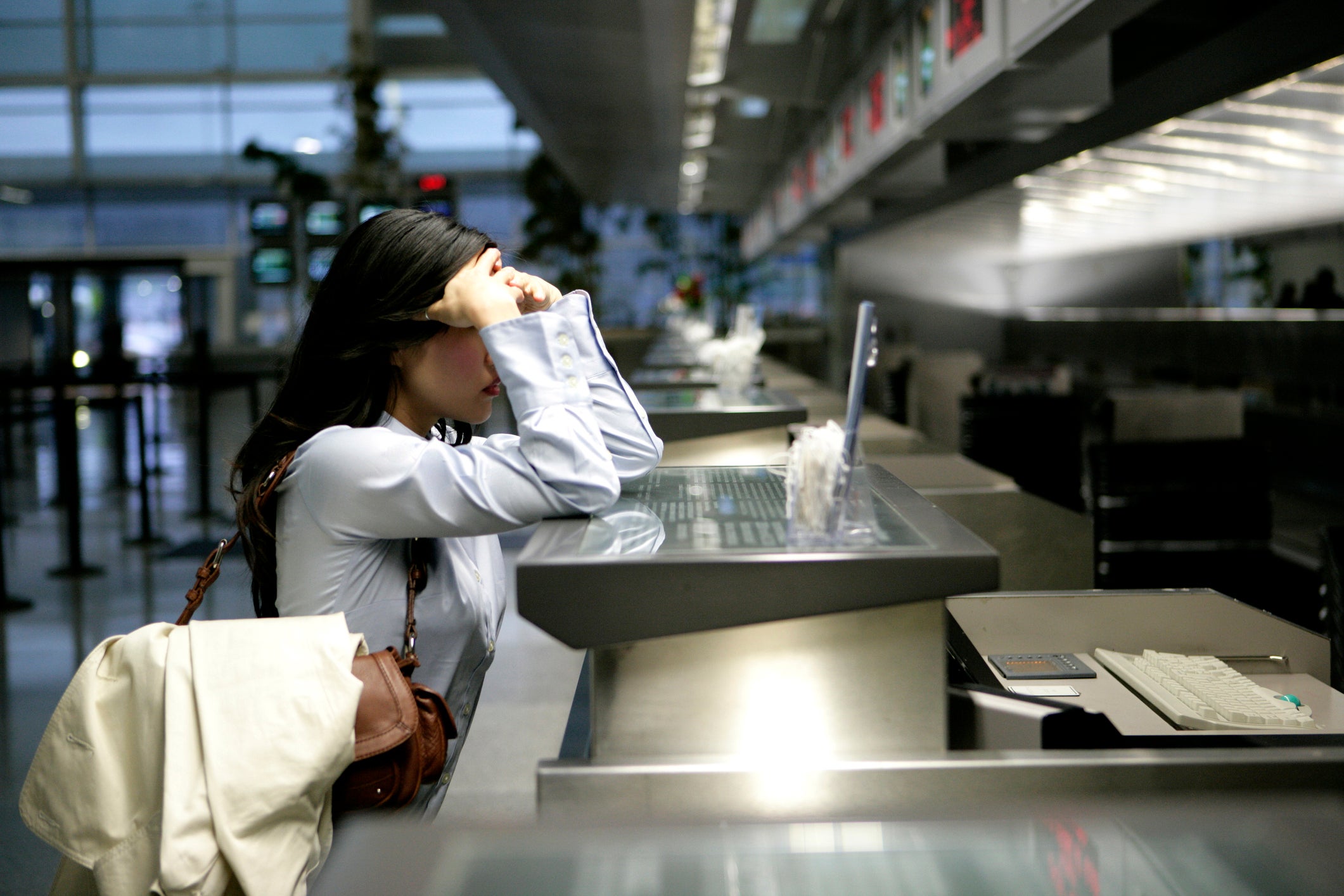 How an Airline's Flat-Tire Policy Can Save the Day if You Miss a Flight
This post contains references to products from one or more of our advertisers. We may receive compensation when you click on links to those products. Terms apply to the offers listed on this page. For an explanation of our Advertising Policy, visit this page.

Take a second and picture the following scenario: You've just left the house to catch a flight to Dallas. You're on schedule and should arrive at the airport on time, if not early. You might even have time to visit the lounge and grab a drink before the flight. As you're driving along, you hit a pothole. This isn't just any pothole, this pothole is almost to the point of a sinkhole. You hear a thudding noise. Your car starts to chug. You pull to the side of the road and discover that you have a flat tire. Not only do you have a flat tire, but now you will miss your flight. You swap out the flat tire for a spare and arrive at the airport as your aircraft pushes back from the gate. There's nothing you can do now — right?

Wrong. If you find yourself in a situation like this it can pay to inquire with the airline to find out whether or not it has a flat-tire policy in place.

Each airline has its own version of a flat-tire policy (although some do not have such a policy in place). The term flat-tire policy is pretty self-explanatory: As you might have guessed, this (unwritten) policy pertains to passengers who just miss their flight. Essentially, airlines understand that, on occasion, events occur that are out of our control. An airline's flat-tire policy allows travelers to receive accommodations on other flights as a result of those unavoidable mishaps.

Though an airline might not directly confirm it has an official flat-tire policy, a few airlines do have them. And, airlines will be most accommodating if you're within the policy's guidelines. Airlines that don't have a set flat-tire policy will be less likely to accommodate, as they have no obligation to do so. However, if you've just missed your flight by a few minutes, it's best to ask an agent if there's anything they can do. Chances are, most major airlines will work to accommodate you on a future flight.

The Points Guy reached out to the major US airlines regarding each airline's flat-tire policy. Three airlines — American Airlines, Delta Air Lines and United Airlines — have shared their flat-tire policies with us. TPG also reached out Alaska Airlines, JetBlue, Southwest Airlines and Spirit, however, we have yet to receive a response.

If you find yourself in one or more of these situations, American Airlines will place you on the stand-by list for the next available flight. Keep in mind, airlines will always prioritize stand-by passengers based on elite status.

Unlike American, United Airlines, does not have a set flat-tire policy in place, which makes requesting a flexible accommodation a little tougher for passengers. If a passenger misses their flight and contacts United or arrives at a United Airlines ticketing counter within 30 minutes of the posted departure time, United will "generally speaking" book that passenger on the next available United or United Express flight. So, while not guaranteed, it's worth a shot if you miss your flight and are within the 30-minute window.

The Delta spokesperson we spoke with said the reason the airline doesn't have such a policy in place is because it doesn't want passengers taking advantage of free same-day standby or changes — which is understandable. Rather than have a policy that might encourage tardiness, Delta prefers to handle each case as they come.

Flat-tire policies are designed to accommodate passengers in the event of unavoidable mishaps. However, it's important to note that flat-tire policies should not be abused. While airlines will work with passengers who miss their flight within a certain period of time, routinely missing a flight to receive free same-day standby or changes is a clear violation of the policy.

For more about flat-tire policies, check our guide on what to do if you miss your flight.