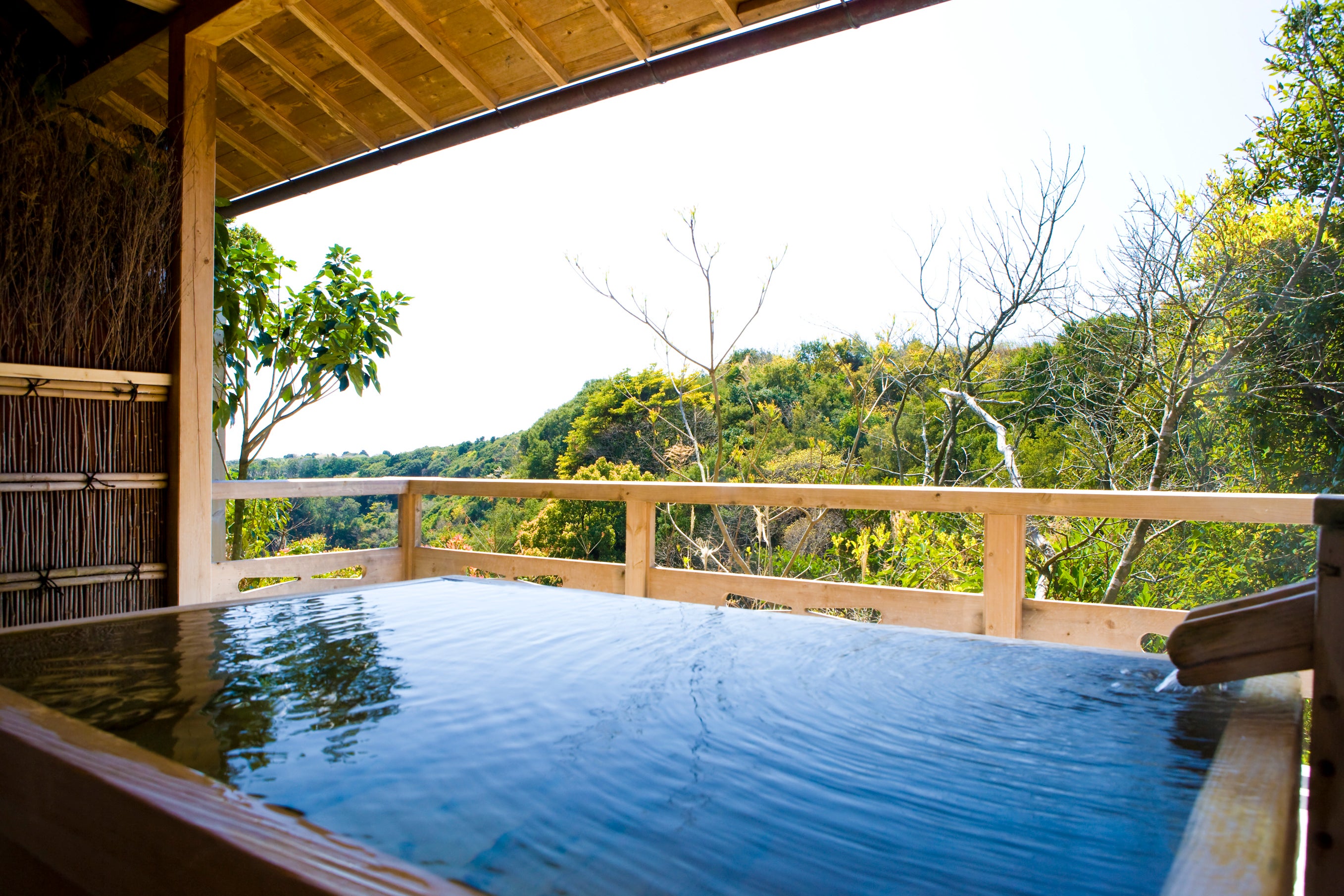 Being naked in front of strangers is the stuff of nightmares for many people. But in Japan, being naked with strangers is part of the cultural experience of visiting a Japanese bath. I was extremely self-conscious the first time I visited a Japanese bath. Now it's one of my favorite parts of visiting Japan, because it's relaxing and provides a unique window into Japanese culture.

There are two types of Japanese baths: public bathhouses (sento) and hot-spring baths (onsen). The difference is in how the water is heated, but we'll refer to both as baths since the basics as a bather are similar.

Go ahead and get comfortable with the idea of bathing naked with strangers. Almost all baths are gender-separated, though, so at least you'll have that.

There are some baths where swimsuits are required in certain areas and prohibited in others. The hot springs at GALA Yuzawa Snow Resort are an example — there are gender-separated traditional bathing facilities where bathers must be naked, as well as a mixed-gender swimming pool and outdoor hot tub where bathing suits are required.

Speaking of GALA, we easily reached the ski resort on a day trip from Tokyo using the JR Tokyo Wide train pass. The baths were a wonderful way to relax after a day on the slopes.

2. They May Not Let You in With Tattoos

Some baths don't allow bathers with tattoos. This is because tattoos in Japan are associated with organized crime. Out of the four baths I visited, three explicitly forbade tattoos and one had no obvious restrictions.

If you have a very small tattoo, you can try to cover it with a bandage, but even then I'd recommend visiting baths that explicitly allow tattoos to avoid discomfort and potential disappointment.

3. You Don't Need to Bring Anything

Japanese baths are generally set up so that bathers don't need to bring anything. The basics — shampoo, soap and towels — are usually provided. At public baths, these basics may not be complimentary, but they'll almost certainly be available for rental or purchase.

Many baths will also provide nonessentials such as conditioner, razors, hair ties, face wash, makeup pads, combs and other items bathers might need after bathing. These items are often complimentary, but in some cases you may need to pay.

There'll be cubbies or lockers as soon as you enter. Store your shoes in this area.

After that is a counter to pay your entrance fee, or two curtained areas if there is no entrance fee. Enter the male (男) or female (女) side as appropriate. Try to learn the kanji symbol for your gender, but you can also usually rely on the male curtain being blue and the female curtain being red. Some facilities only have one bath, so at these facilities you'd need to check the hours for men and the hours for women.

After entering through the curtain, you'll find yourself in a changing area. There'll be baskets or lockers for your clothing, large towels and other belongings. If you use a locker, the key will likely be attached to a wristband so you can take the key with you in the bath.

You shouldn't enter the bathing pools before thoroughly washing yourself. Showers are usually all located in an open room, potentially with small partitions between each. Washing while standing is considered rude, so sit on the provided stool while you shower. Avoid spraying water on others.

This isn't a "rinse before getting in the pool" shower that you might do in the States or Europe. You're expected to wash your entire body well before getting into the baths. Once you're finished, rinse off your area, including the stool. If you have long hair, tie your hair up, since it's rude for hair to touch the bathwater.

6. Baths Are for Relaxing and Contemplation

Different pools may have different temperatures. Be careful — some may be uncomfortably warm.

Even if others are in the bath, feel free to enter as long as there is space to sit. You can sit on the edge of the bath or in the bath. Enter carefully to avoid splashing any other bathers.

Once in the bath, relax. If you're bathing with a friend, quiet talking is OK. If there are multiple baths, feel free to move from one bath to another. Once done bathing, dry off with your small towel before entering the changing room.

7. Listen to Your Body

Be careful to not overheat while bathing. If you become lightheaded, sit outside the bath for a while or move to a cooler bath. Some baths have water chairs that are perfect for cooling down.

You might be on vacation, but don't drink too many alcoholic drinks before visiting a bath. Many baths won't admit intoxicated bathers.

8. You May Get Stares

In my eight baths at four different locations, I was always the only Western guest. This alone called for second looks. Although my fellow female bathers were generally polite enough to not stare, my husband said the men tended to stare at him.

From our experience, Japanese tend not to shave their pubic hair. So, keep that in mind if you want to stand out less. Traditionally, women don't use public baths while menstruating. Two baths I visited had explicit signs prohibiting bathing while menstruating.

I saw many children, both male and female, bathing with their female relatives. Each facility seems to have different rules about how old or all kids have to be to stick to the side for their gender. All of the children I saw were well-behaved, although they did tend to stare more than their older relatives.

10. There Is Often More than Just Bathing

Many baths have saunas, rest areas, massage chairs and a vending machine for snacks and drinks. Some even offer massage services, restaurants and overnight accommodation. One budget way to stay overnight in Japan is to sleep in a reclining chair or tatami rest room at bathhouse that is open all night.

11. They Cater to All Price Ranges and Comfort Levels

You can find baths in many places: public bathhouses, in lodging and in the wild. Baths in the wild — hot springs in the forest or at the seaside — are often informal and free.

Baths at lodgings range drastically in terms of quality and size, and can be found at budget-friendly capsule hotels to posh ryokans. The bath at First Cabin's Nihonbashi Yokoyama-cho location in downtown Tokyo (from￥3,300 per night per person, or about $29) only had one indoor bath, and I only saw another bather once in my four-night stay. Alternatively, the bath at APA Villa Hotel Nagoya Marunouchi Ekimae in Nagoya (from￥6,400 per night, or $56, for a single and ￥7,400 per night, or $65, for a double) had both an indoor and outdoor bath and usually had 10 to 15 other bathers during my 10-night stay. There was no additional cost to use the bath while staying at First Cabin and APA Villa. Baths at ryokans — traditional Japanese inns — can range from a simple public bath to extravagant private baths with a view.

Public bathhouses can be found in most neighborhoods in Japan. My first Japanese bath experience at Keio Takaosan Onsen Gokurakuyu near Tokyo was the most boutique bathhouse I visited. There were seven different pools, including a carbonated bath, cypress bath, themed bath with flower petals, and normal baths of differing temperatures — plus great views of the nearby mountains. At ￥1,000 ($8.76) during low season and ￥1,200 ($10.51) during high season, it was a steal for the quality.

Have you ever been to a Japanese bath? Tell us about your experience, below.