Articles
Caroline Tanner covers news and travel for TPG. She is a journalism graduate of Mizzou and Northwestern.
Follow
Aug. 17, 2022
•
5 min read 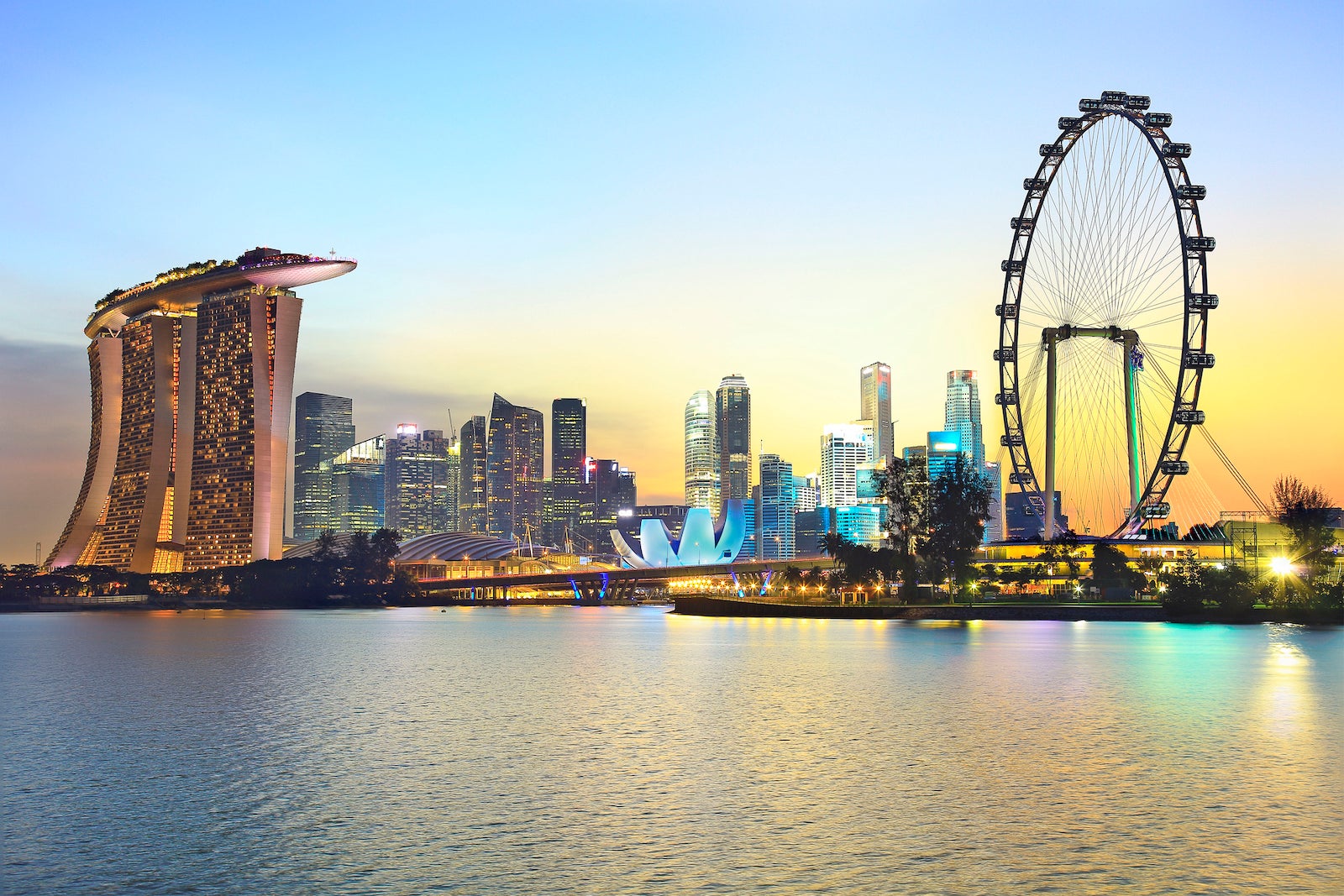 As I head to Singapore for the first time this fall, I invite you to do the same — with round-trip flights under $800 from a handful of West Coast U.S. cities.

While these flights aren't quite as low as we saw pre-pandemic, they still offer a major discount from the usual price tag of more than $1,000 round-trip — making this a legendary deal.

Flights are available on Korean Air and Delta Air Lines for travel through March, with availability in June 2023 as well.

Airlines: Korean Air and Delta.
Routes: Los Angeles; Oakland, California; San Francisco; San Jose, California; and Seattle to Singapore.
How to book: Directly with the airline.
Travel dates: September 2022-March 2023 (some routes include Thanksgiving) and June 2023.
Book by: One to two days.

Kudos to Scott’s Cheap Flights for alerting us to this deal. You can try its Premium membership for free for 14 days and then get deals up to 90% off for $49 per year. Or, upgrade to the Elite tier for $199 per year and receive all the Premium deals plus premium economy, business-class and first-class alerts. In celebration of Scott's Cheap Flights' upcoming seventh birthday on Aug. 23, users can save on one-, two- and five-year memberships purchased through Aug. 30. For more information on this and other birthday sweepstakes, see here.

Although this deal is limited in scope, it's relatively easy to search as a result. In booking this deal, you'll find the following flights to Singapore currently available from:

To search this deal, start by browsing Google Flights. Enter your origin city of choice with the destination as Singapore Changi Airport (SIN). For example, Google Flights will advertise a round-trip flight from LAX to SIN for just less than $750 over Thanksgiving. However, that price reflects booking through a third-party site. We recommend paying more to book directly with the airline for more flexibility should you need to make changes down the line or have any issues with your flight.

You'll notice that this flight, like all the others in this deal, is available to book through both Korean Air and Delta. For this flight specifically, there's a minimal difference in price. For the sake of this story, I'll show you how to book directly with Delta for $789 round-trip.

In this case, you'll notice that this is a flight operated by Korean Air that Delta codeshares on, as shown below.

This flight, along with the others in this deal, will be in economy on either Delta or Korean Air. For this flight specifically, Delta's economy class includes assigned seats provided after you check in for your flight as well as seats with up to 34 inches of legroom, an amenity package, meals, one free carry-on item and one checked bag. Delta economy fares are nonrefundable and cannot be canceled.

If you book this flight through Korean Air, be sure to review the terms and conditions of its economy class, which are available here.

As Singapore is among a handful of Asian countries that have fully reopened to tourists, we don't expect these less-than-$800 flight deals to last. Don't forget that some routes, including LAX to SIN, have Thanksgiving availability, which is rare for flight deals. If you're ready for a new Thanksgiving tradition, this deal is for you.