Round-trip flights to Aruba for as low as $290

Articles
Meghna Maharishi is an associate editor at The Points Guy. Her work has previously appeared in CNN, CNBC, The Juggernaut and Documented.
Follow
Oct. 10, 2022
•
6 min read 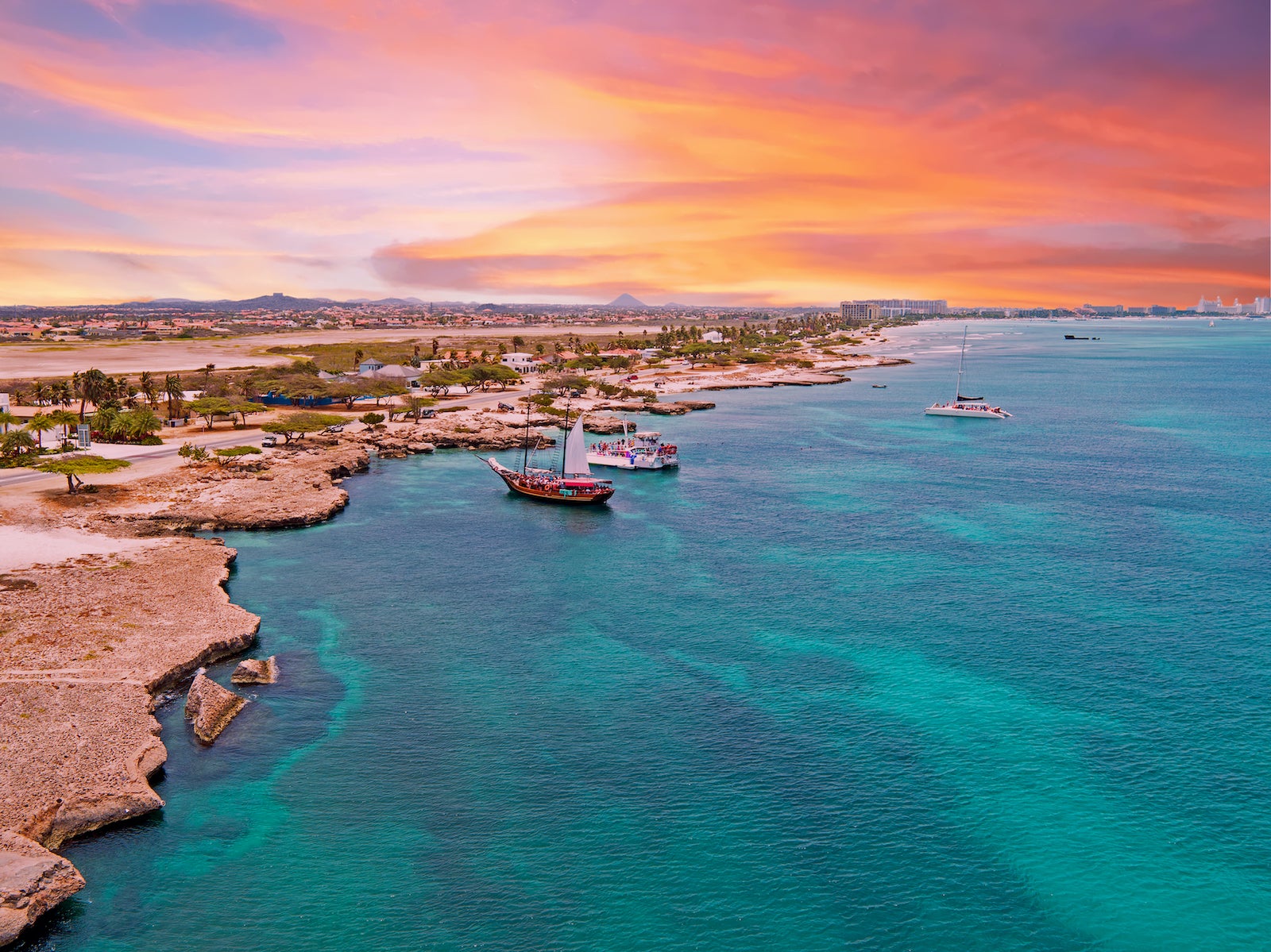 Winter is the peak time to visit the sunny island of Aruba. However, airfare and hotels can be expensive as tourists fly to the island to get away from the dreary cold weather of winter.

With this deal, though, you can visit Aruba during the island’s peak tourist season without shelling out a ton of money on airfare — round-trip flights to Aruba are as low as $290 from November to January.

Fly to the Dutch island’s capital, Oranjestad, and bask on the golden-sand beaches or ride a double-decker red trolley through the city’s streets. A winter trip to Aruba is the perfect escape.

Multiple airlines are offering these low fares and you can fly to the island’s capital from a range of U.S. cities.

Related: How I booked a penthouse suite at Aruba's newest hotel using points

Thanks to Scott’s Cheap Flights for finding this deal. Sign up for the site’s Premium membership, which comes with a 14-day free trial and costs $49 a year for discounts of up to 90%. Elite membership offers subscribers access to premium economy, business-class and first-class deals.

A few routes may require you to book round-trip tickets with two different airlines in order to pay the lowest possible fares. This may not be the most convenient option, but flight tickets are discounted by as much as 47% with this deal.

Here are a few flights that stood out:

We recommend searching through Google Flights for your best available dates first and then booking tickets directly with the airline because carriers are more dependable if your flight has a delay, cancellation or booking change.

The majority of routes in this deal have layovers. The only ones that don’t are flights departing from Newark and JFK. A JetBlue Dec. 12 flight departing from JFK has two times that keep fares at $290. One flight leaves New York City at 7 a.m. and the other at 8:20 a.m.

Keep in mind that these basic economy fares have some restrictions. JetBlue’s basic economy does not allow passengers to bring carry-ons or to change or cancel flights.

JetBlue’s Blue Basic fare also tacks on additional fees for seat selection and checked baggage. The first checked bag costs $30 and JetBlue lets you check up to two bags for each flight.

The cheapest seats are $9 middle ones toward the back of the plane, whereas the most expensive seats cost $89 and have more legroom.

You can also pay an extra $15 for priority check-in, which is only available en route to AUA from JFK. If you plan to travel with your pet, it will cost an extra $125 to bring them on the flight. Dogs and cats are allowed as long as they weigh 20 pounds or less.

This deal is definitely worth booking if you want to escape chilly fall and winter temperatures in favor of an island getaway.

Even though select routes may require you to book your round-trip tickets through two different airlines, the fares in this deal are significantly discounted.

It’s worth noting that these discounted fares are for basic economy, which tends to have more restrictions and fees compared to other airfare classes.

However, if you’re traveling on a budget and are OK with a basic economy fare, then plan your trip to Aruba as soon as possible.

Featured image by ISTOCKPHOTO/GETTY IMAGES
Editorial disclaimer: Opinions expressed here are the author’s alone, not those of any bank, credit card issuer, airline or hotel chain, and have not been reviewed, approved or otherwise endorsed by any of these entities.