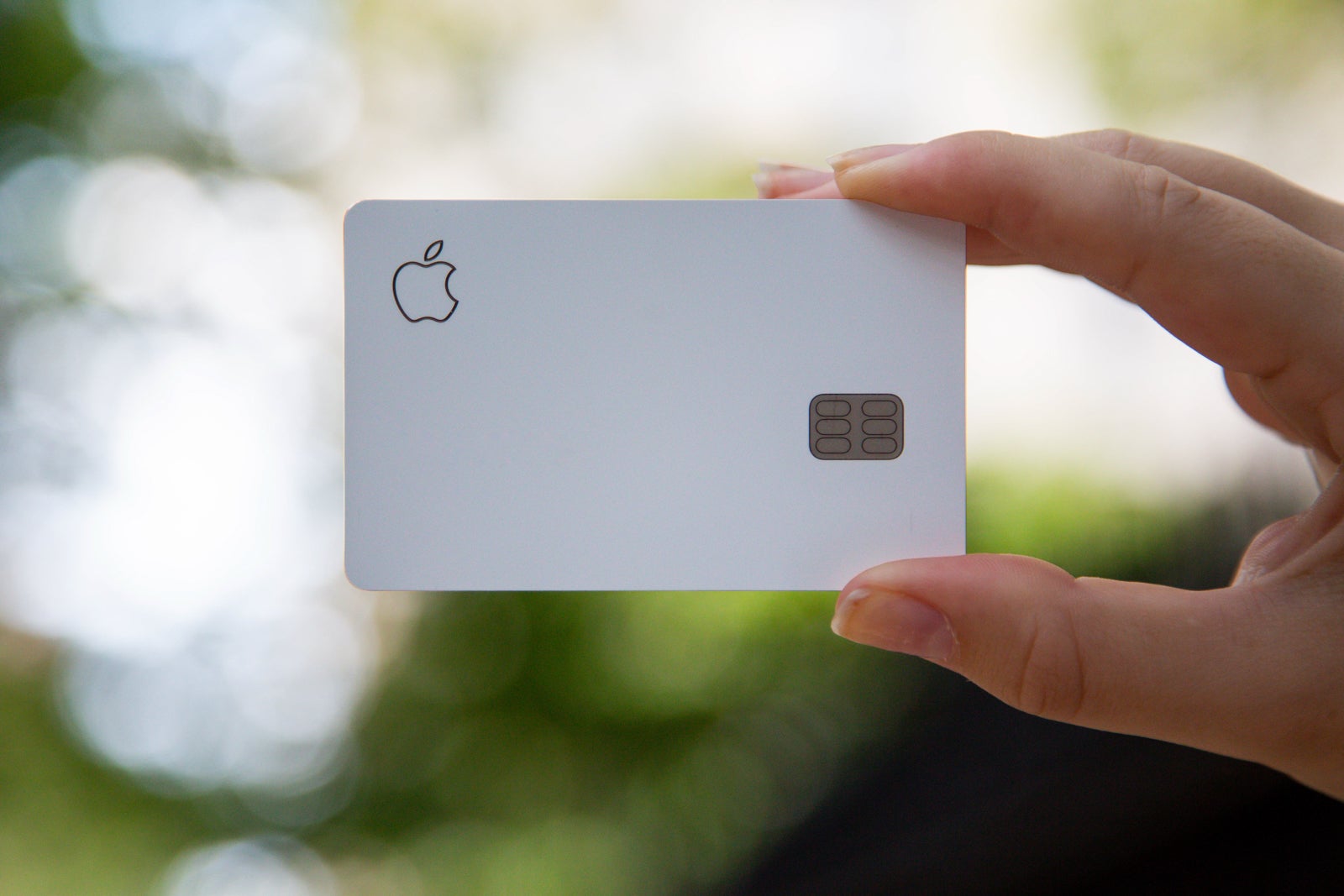 The Apple Card launched in 2019 as Apple's first foray into the rewards credit card space. While it was met with enthusiasm from Apple fans, it doesn't quite live up to expectations. With limited perks and no sign-up bonus, there are certainly better rewards cards out there. Card Rating*: ⭐⭐⭐

*Card Rating is based on the opinion of TPG's editors and is not influenced by the card issuer.

When Apple first announced its rewards credit card in August 2019, a lot of people were excited about the prospect. Apple has dominated the tech space for a long time with consumer favorites including the iPhone, iPad (and more recently the iPad Pro), Apple Watch, AirPods and more. This product was an exciting new chapter for Apple as the company began shifting focus to offering consumer services in addition to its physical products.

But after the card officially launched, the initial consensus among credit card rewards enthusiasts was that the card didn’t meet expectations.

Almost a year later, the card has stayed mostly under the radar in the credit card rewards space, mainly because of the strong competition in this segment. And while I am one of those mostly unimpressed with the card as a whole, it does have some redeeming qualities and potential to be a solid card offer with a few meaningful changes.

New to The Points Guy? Sign up for our daily newsletter and check out our updated beginner's guide.

First and foremost, the card is for Apple users. You can apply for the card via the Wallet app on an iPhone in minutes, and it seamlessly integrates with Apple Pay. While there is a physical card, one of the strongest features of the Apple Card is how easy it is to use through your Apple Wallet. If you prefer Google or Samsung phones over Apple products, you’ll have little use for the Apple Card.

Digging into the actual card offer, it’s definitely a card geared toward beginners. You’re earning Daily Cash — Apple’s own form of cash back — rather than points or miles, and the card’s tools and benefits are focused on helping users understand their spending habits.

The card is best suited for those who live in urban areas. The rewards structure mostly includes specific merchants rather than broader categories, and those merchants are more commonly found in cities. Another consideration is that a large rewards opportunity with the card centers around using Apple Pay, and merchants that accept Apple Pay are much more common in urban areas than rural towns.

One of the most disappointing things about the card is the lack of a sign-up bonus. Very few rewards cards offer no sign-up bonus.

The card doesn’t charge an annual fee, and Apple takes an anti-fee stance in general with no late fees or over-the-limit fees. But if you have a long history of paying bills on time and in full each month, those wouldn’t really impact you either way. In my mind, it doesn’t make up for not offering a sign-up bonus of any kind.

In line with most no-annual-fee cash back cards, the Apple Card doesn’t come with lounge access, annual statement credits or other premium benefits. Rather, this card focuses on helping consumers understand their credit habits and map out payments to avoid interest.

Apple uses location services to map out your card purchases and assigns each expense a color and a category. For beginners who are just jumping into the world of credit cards and managing personal spending habits, this can be helpful in visualizing where money is spent each month.

It’s a nifty concept, though not quantifiably valuable. Some cardholders will be able to use it to help identify spending habits and budgeting shortfalls, but others won’t find much use in the spending breakdown.

Apple does offer text support 24/7 for card support, which I’ll admit is rather nice. Considering how frustrating it can be to try and contact customer support via phone or even secure message for many issuers, this is a nice perk.

Finally, the card does offer a unique benefit for anyone who makes it a habit to get the newest iPhone every time a new version launches. Apple Card Monthly Installments allows you to finance a new iPhone from Apple with interest-free payments. You can track your payments schedule right from the Wallet app, and it doesn’t require an additional application if you are a cardholder.

You’ll earn 3% Daily Cash on Apple purchases (including tech products, App Store purchases and other services such as Apple Music and Apple TV+) and a smattering of specific merchant purchases:

When you use the card via Apple Pay, you’ll get 2% Daily Cash and 1% on all other purchases.

If you almost always use Apple Pay, this card could essentially act like a flat-rate cash-back card. For no annual fee, 2% isn’t a bad return across all spending. However, if you don’t shop at a ton of places where Apple Pay is accepted and don’t shop with the specific merchants that earn 3%, this card’s earning structure is going to be pretty much worthless to you.

The Apple Card earns Daily Cash, which is available to use through the Wallet app on purchases, as a statement credit to pay off your bill or through Messages to pay back friends and family. Your Daily Cash balance is easy to see in the Wallet app.

I’ll admit, the ability to use your Daily Cash to pay back friends (similar to using a service such as Venmo) is a nice perk.

Other cards to consider

Competition is fierce in the rewards credit cards space. There are a number of no-annual-fee credit cards available from a large range of issuers and for just about every audience out there.

If you’re looking for a great everyday spending credit card, the Citi® Double Cash Card is a great no-annual-fee option. You’ll earn up to 2% back on every purchase (1% when you buy and 1% when you pay your bill). The Capital One Venture Rewards Credit Card is another everyday spending option for those who are willing to pay a small annual fee in exchange for earning transferable rewards miles that can be used at a fixed value on eligible purchases or transferred to travel partners for potentially even more value.

Beginners may also enjoy no-annual-fee cards that offer broader bonus categories in common spending areas. The Wells Fargo Propel American Express® card earns fixed-value points that work much like cash back — 3x on travel, dining, gas stations and select streaming services. (The Wells Fargo Propel card is no longer available for new applicants. The information for this card has been collected independently by The Points Guy. The card details on this page have not been reviewed or provided by the card issuer.)

The Bank of America® Customized Cash Rewards credit card offers 3% cash back on a category of your choice, plus 2% back on grocery stores and wholesale clubs (up to $2,500 in choice category/grocery store/wholesale club purchases each quarter; then 1%).

While the Apple Card certainly has some potential, it just doesn’t quite hold up against the earning potential of these cards.

Apple had an opportunity to create an innovative rewards structure and integrate unique experiences with its tech, but its current offering falls a bit flat. It’s just not broad enough to be rewarding for a large audience. Dining, groceries and online shopping are all common spending categories (especially right now), none of which are rewarded broadly with this card. Travel and entertainment are also presumably common spending categories among the card’s target audience, and aside from Apple-specific entertainment, you won’t earn on those expenses, either.

If you are a hard-core Apple user, this no-annual-fee credit card may be nice to add to your wallet if for nothing other than the finance program for new iPhones and the potential cash-back earning on Apple purchases. However, there are certainly other card options out there if you’re looking for a rewarding everyday spending credit card.

Related stories
Bask Bank raises the mileage earning rate on its AAdvantage savings account — what you need to know
Use these Amex Offers to save up to $60 on your next Delta flight
Targeted Premier 1K members eligible for bonus miles when checking in and checking a bag on the United app
Current airline elite status match and challenge options you should know about
Featured image by WYATT SMITH/THE POINTS GUY
Editorial disclaimer: Opinions expressed here are the author’s alone, not those of any bank, credit card issuer, airline or hotel chain, and have not been reviewed, approved or otherwise endorsed by any of these entities.