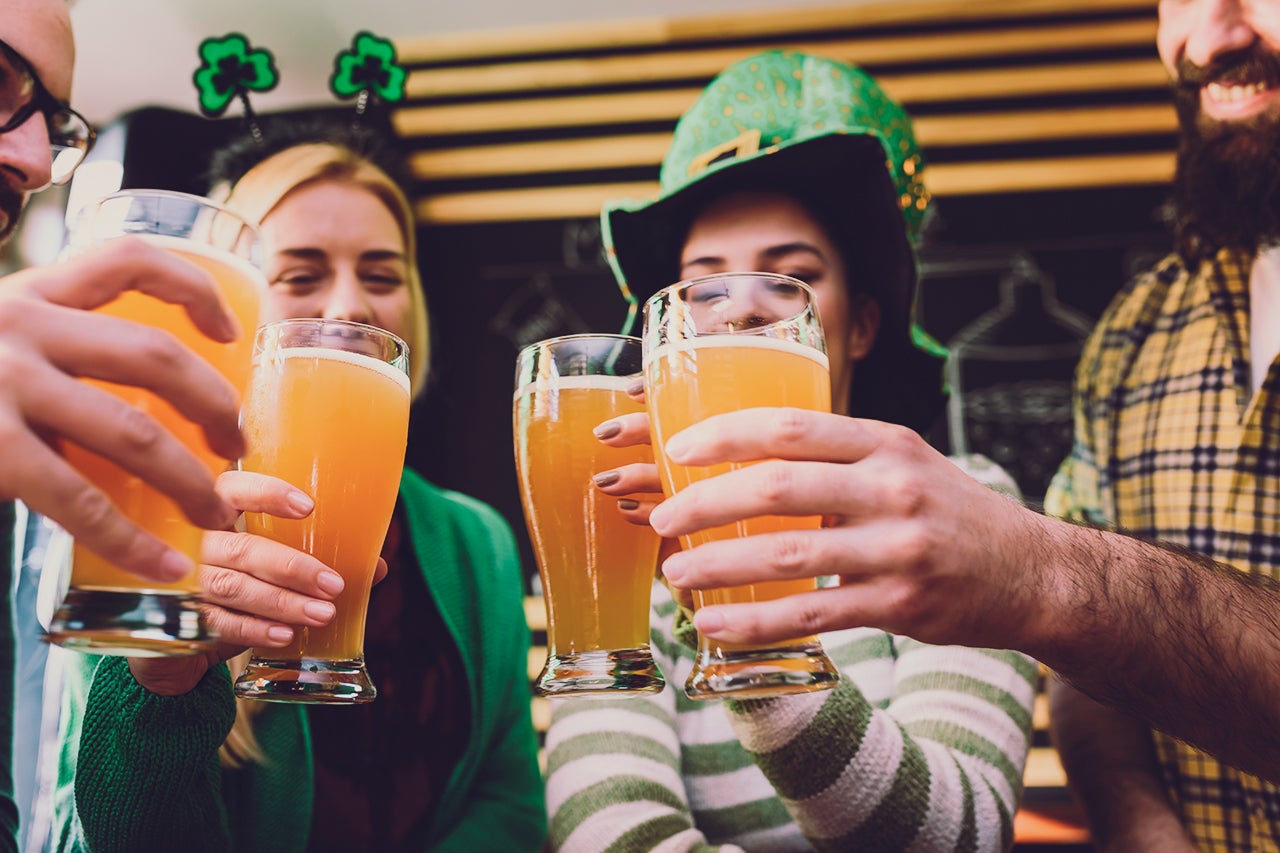 Saint Patrick’s Day brings out the Irish in all of us. Lucky for international travelers, that culture is easy to encounter just about anywhere across the globe. (Guinness, for example — the Emerald Isle’s touchstone tipple — is currently brewed in 50 separate countries and sold in three times as many national markets.) Whether you find yourself in Dublin, Ireland or Dublin, Ohio, March 17 can be an equally celebratory affair — one marked be either amateur imbibing or professional craftsmanship. The following public houses and hotel bars make a strong case for pursuing the latter. It’s not just the luck of the Irish — these spots keep it classy. Use your miles to land at any of them and a pot of gold awaits — in liquid form.

The Irish know a thing or two about whiskey. In fact, they claim to have invented the world’s most celebrated barrel-aged spirit. The assertion is buttressed by Bushmills — the first legal distillery, established on the island in 1608. It might surprise you to learn that the broadest collection of the spirit exists on another island altogether: Manhattan. In the Financial District, of all places. A neighborhood never known for its nightlife was entirely transformed in 2013 with the opening of Dead Rabbit. It’s a traditional Irish pub, restaurant, craft cocktail lounge and whiskey library all rolled into one four-story brownstone fortress. Come early on their busiest day of the year to stake out your space on the ground floor, where live traditional music fills the air, and boilermakers are as plentiful as the sawdust strewn about your feet.

Thailand’s vibrant capital city is full of surprises. One of them is hiding in the basement level of the Landmark hotel, home to Huntsman Pub. Although its appointments are more reminiscent of a traditional British watering hole — leather banquettes, steak and kidney pie — on St. Patrick’s Day, the restaurant goes green with its Pub Roast Buffet. Enjoy Irish stew, corned beef and cabbage, soda bread and pint after pint of Guinness from 6pm until 10pm.

Taiwan is a half a world away from the Emerald Isle, yet the James Joyce — bearing the name of Ireland’s most illustrious author — convinces you the two are not nearly as far apart as they seem. The walls are lined in Celtic crosses, vintage Guinness adverts and flatscreens streaming live rugby matches. Behind the bar are the familiar upside-down bottles, mounted to measuring dispensers, as they are back in Dublin. Venture in mid-March and you’ll be greeted by live fiddle as the interior is taken over by Irish revelers, dancing a jolly jig.

The Irish have a phrase for all things awesome: It’s the craic. Dubliners Down Under have co-opted the term to apply to their most beloved watering hole on the opposite side of the equator. Maloney’s Hotel is an Irish attraction in the heart of Sydney’s commercial business district, beckoning thirsty travelers with its faithful re-creation of Temple Bar charm. On the 17th they promise live Irish music from 12pm until "late" — along with beer specials, beef and Guinness Pie and pork fillet glazed in that same signature stout.

Dublin, Ohio, goes to great lengths to honor its Old World namesake, particularly around St. Paddy’s Day, when the city holds parades and its very own Blarney Bash festival. The AC Hotel is at the heart of it all, in the Bridge Park Neighborhood along the new Celtic Cocktail Trail. On its roof is VASO, a restaurant and bar affording a bird's-eye view of all the revelry. With just under 50,000 residents, Dublin reminds you that big things can come in small packages.

All you really need to know about Salt Lake City’s premiere Irish pub is that its website features a live countdown to St. Patrick’s Day. The rest is all details — delicious details. Like the fact that the restaurant plates the best bangers and mash in town. Ditto the meatloaf, which practically begs to be backed by a proper pint of stout. If you’re not expecting an exhaustive spirits list in this part of the world, you’ll pipe down real quick at the sight of the back bar. It’s a perfect place to experiment with some of the more interesting Irish whiskeys of late: Tullamore D.E.W. Cider Cask or 15-year-old Tyrconnell finished in Madeira barrels, served all by plaid-kilted waitstaff, of course.

Are you lucky enough to find yourself in the real Dublin this Paddy’s Day? Well then you really have no choice but to make an appearance at the historic St. James Gate Brewery, where Guinness was founded in 1759. Today, the working facility puts out 50 million barrels of the dark ruby-red liquid every year and on the site sits a seven-story tower modeled after a pint of the world’s most popular stout. Throughout the structure you’ll find a museum, restaurants and a top floor tasting room overlooking the entire cityscape. But the fourth level is where you’ll want to spend most of your time: It’s home to the hidden Connoisseur Bar, a private experience arranged through appointment only, where you can enjoy respite from the thirsty masses and even go behind the stick to pour your own perfect pint. Stay just across the Liffey at the charming Ashling Hotel to maximize your mirth, while minimizing your walk home. Sláinte!