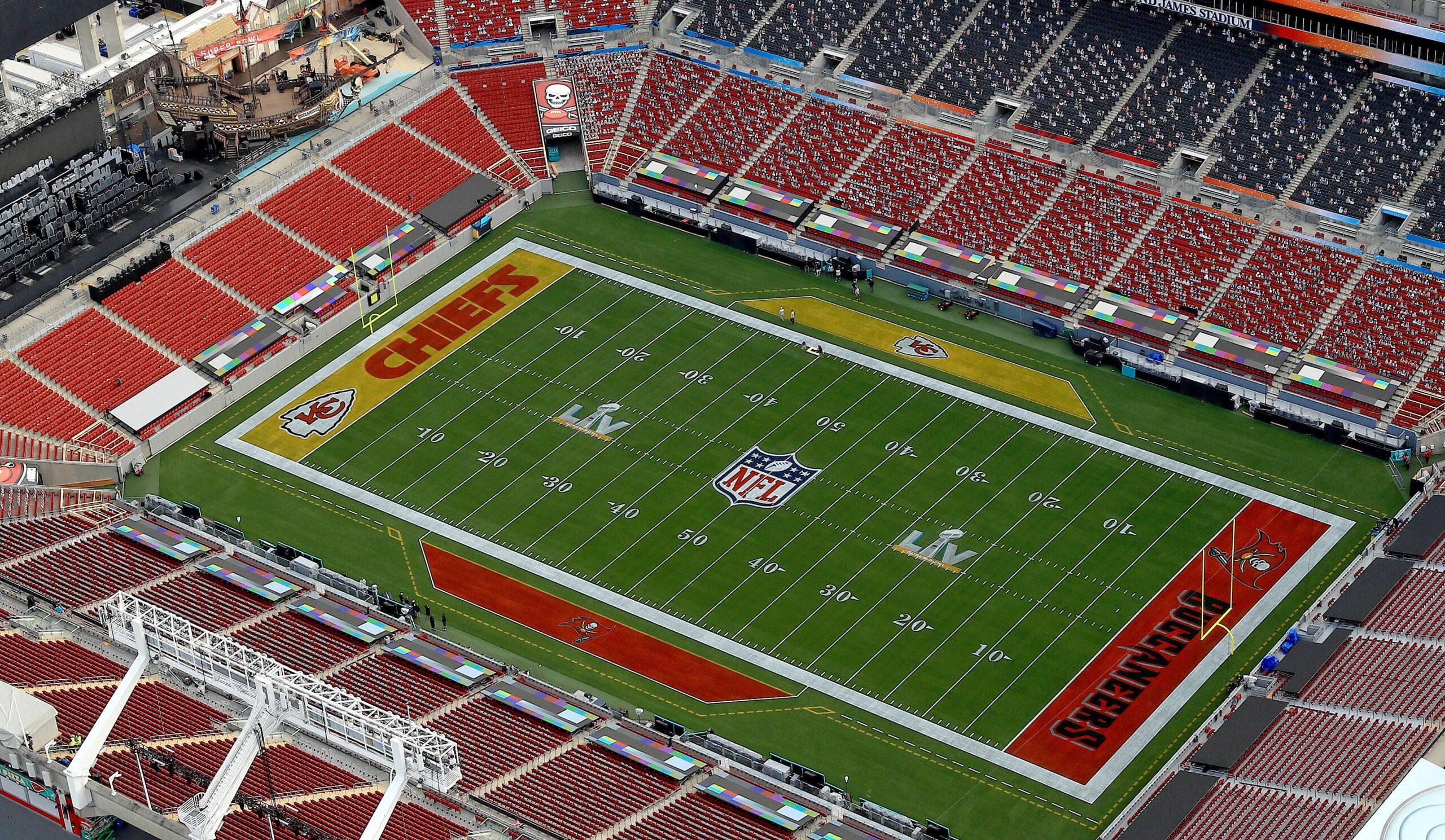 This post has been updated with new information. It was originally published in February of 2018.

Usually, throngs of fans travel to the host city to catch one of the world's most-watched events. But with the pandemic raging, stadium capacity is capped, and many would-be travelers are stuck at home watching the match-up on television.

On Sunday, the Kansas City Chiefs are taking on the Tampa Bay Buccaneers at the Raymond James Stadium in Tampa, Florida in Super Bowl LV.

Though Sunday's game is the first time that the home team is playing in their home stadium, the Chiefs still need to get to Tampa. So, how do they do it?

And how do other teams get around the country during the regular season?

Chiefs take to Tampa with United

In years past, teams usually arrive in the host city about a week before the big game. Due to the pandemic, however, the Chiefs' convoy headed down Tampa on Saturday, Feb. 6, just one day before the Super Bowl.

The more modest 737, registered N76515, was delivered to the carrier in 2008. The single-aisle jet has room for 166 passengers, with 16 seats up front in biz and the remainder in coach.

Neither plane is painted in United's latest Blue Evolution livery.

VIPs take their own planes to the big game

In most years, there are plenty of private, VIP jets flying to the host city in the days leading up to the Super Bowl. (There's also a mass exodus of the world's nicest planes the evening and morning after the game.)

The company's mailing address has an attention for the Indianapolis Colts, and rumors have it that the team's owner, Jim Irsay, owns the 737.

The Patriots own their jet

While the New England Patriots have made 11 Super Bowl appearances, the team won't be playing in the 2021 championship.

The Patriots were the first team to own their own aircraft, however. They bought two used Boeing 767s in 2017. The 767-323ER shown below is an extended range version that can fly for 12 hours.

Though the 12-hour range isn't necessary for domestic hops, it's safe to say that the Pats bought their 767, which used to fly for American Airlines, for its large size and relatively cheap price on the used market.

The aircraft is outfitted with domestic first-class recliner seats in a 2-3-2 and 2-2-2 configuration — each with its own entertainment system. Its home base is T.F. Green Airport in Providence, Rhode Island (PVD).

Other NFL teams travel by chartered aircraft. It allows teams to have the feeling of flying private without the costs of owning an airplane. Still, chartering jetliners can cost tens of thousands of dollars an hour, so it's not exactly cheap.

The big three U.S. airlines operated almost all NFL team flights up until 2017, when American and United dropped clients when they found they could make more money using the planes for regular commercial service.

Of course, the pandemic has shifted the equation, with many planes parked in long-term storage due to the drop in demand. Throughout the 2020-2021 season and into the playoffs, a mix of American, Delta and United jets ferried teams across the country.

With many airlines retiring some of their older international wide-body jets, teams have enjoyed some of the more luxurious passenger jets in the sky.

For instance, Delta's swanky Airbus A330-900neo took the Seattle Seahawks to San Francisco during Week 17. Lucky flyers could enjoy one of the 29 posh Delta One Suites.

Atlas Air is a large cargo, charter and airline lessor. It counts 118 aircraft in its fleet with a whopping 55 747s (the biggest fleet of Boeing 747s in the world), mostly cargo.

The Miami Dolphins charted a 747-400 from Atlas Air for some of the season. The jumbo jet, usually operated for long-haul travel, was used on domestic hops, such as during Week 17 from Fort Lauderdale (FLL) to Buffalo (BUF), a roughly three-hour flight.

In years past, teams have chartered some of Miami Air's seven 737-800s. The 737s it uses for sports charters are outfitted with a VIP interior containing only first-class seats in a 2-2 layout.