Airbus Is Building an Airplane No One Wants 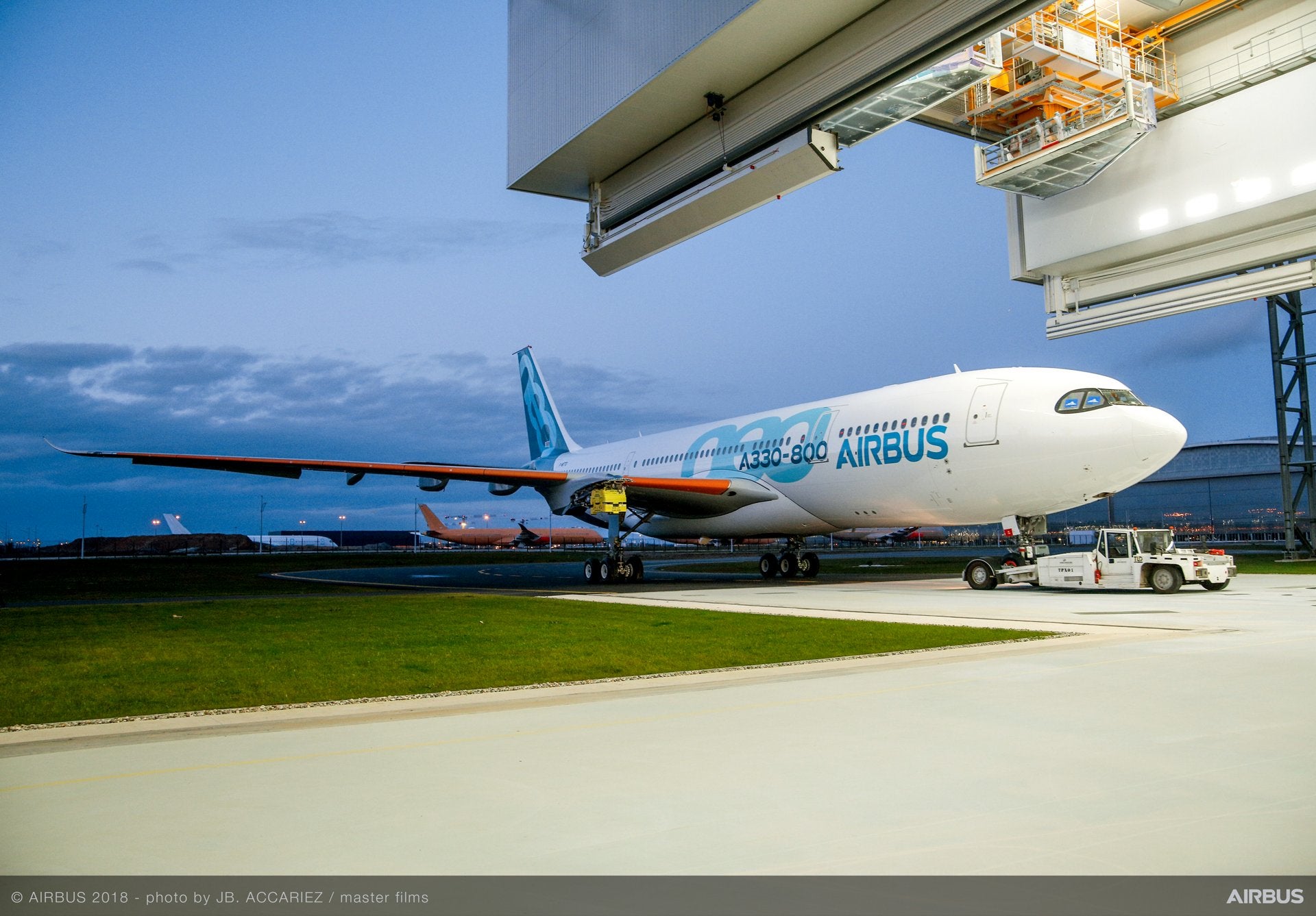 Airbus Is Building an Airplane No One Wants
This post contains references to products from one or more of our advertisers. We may receive compensation when you click on links to those products. Terms apply to the offers listed on this page. For an explanation of our Advertising Policy, visit this page.

The Airbus A330-800 is a sleek and beautiful airplane, and it just rolled of the Toulouse assembly line for the first time, ready for flight tests and then for delivery to its customers... well, wait. There may not be any customers.

That's right. The planemaker that's sold over 18,000 jets all over the world — with over 1,700 of those being A330s — is finding no takers for the last version. Except for one, maybe, and even that is in doubt.

The -800 is the smaller of the two A330neo siblings, successors to the current very successful A330s but with more efficient engines (that's where the "neo" name is from: "new engine option".) Airbus is in the midst of the certification process for the new plane, but that may be in vain. A report just emerged that the European company just lost its only customer for the type.

Hawaiian Airlines was Airbus' sole customer for the A330-800neo, with an order of six aircraft placed shortly after the Farnborough Air Show in July 2014. Since then, Airbus hasn't been able to land another customer for the new aircraft.

The Airbus A330-800neo's unpopularity has been a vicious cycle. Although the -800 has a slightly longer range and slightly smaller fuel burn than the larger A330-900neo variant, airlines have been opting for the -900 instead of the -800. The bigger one seats about 280 to 300 and flies comfortably across the Atlantic or from the US West Coast to East Asia. It costs less than the more advanced but similarly sized A350-900, and can do a lot of the high-traffic, daily jobs connecting hubs that airlines make money from on long-haul routes. The smaller -800 promised to go much farther nonstop, in exchange for fewer seats — but apparently not far enough.

Hawaiian had discussed launching direct flights from Hawaii to Europe with the A330-800neo. However, the new aircraft type was never a great fit for this task. The aircraft would likely require weight restrictions or modifications to make the long trek without risking a fuel stop along the way when the winds weren't right. Cue the Boeing 787-9, which Hawaiian is reportedly choosing to replace its A330-800neo order: it has a slightly longer range and could conceivably make the journey.

Add to the mix that Boeing has leverage over Hawaiian Airlines. The airline has been publicly stating its intent to "accelerate retirement of the Boeing 767s" for fleet simplification. However, Boeing holds the long-term lease on those older 767s. So, Hawaiian reportedly has jumped on an offer from Boeing to cancel the lease on those 767s, combined with a sweet deal on the purchase of new 787-9s. Hawaiian said yes and cancelled the deal for the A330-800s, according to specialized aviation news site Leeham News.

Score one for the American company, and most of all, a serious blow to the longtime European rivals.

Not unlike the problem facing the giant A380, no airline wants to be the only — or one of only a few — operators of an aircraft type, because parts would be hard to get and the planes would hold little residual value.

In a statement to The Points Guy, Hawaiian Airlines wouldn't publicly confirm that it's cancelled its Airbus order and accepted a Boeing offer instead. A spokesperson responded that it's "well-known that Hawaiian Airlines has been negotiating with both Boeing and Airbus for the next addition to our fleet." However, the spokesperson added that "We have not signed an agreement with either manufacturer. We look forward to announcing the conclusion of those negotiations when it is appropriate to do so." A request for comment from Airbus wasn't returned at the time of publishing.

Where does this leave Airbus' A330-800neo? Well, if this order cancellation is true, all that we know for now is that the aircraft type has no orders. It's unclear if Airbus will pull the plug on the program, or keep it going in hopes of getting future orders.

Update: Airbus responded to note that the airline manufacturer isn't aware of any decision made by Hawaiian Airlines. However, if Hawaiian decides to cancel, the Airbus A330-800 program will continue. An Airbus spokesperson also provided the following benefits of the A330-800:

A330-800 has lower capital costs and greater range than the 787-9. It’s also a more comfortable aircraft, with 18” Economy seats and a quieter cabin. The A330 Family offers 99.5% Operational Reliability, and the overall A330neo backlog stands at 214 orders from 13 customers