Which Airline is Best on Each Shuttle Route? 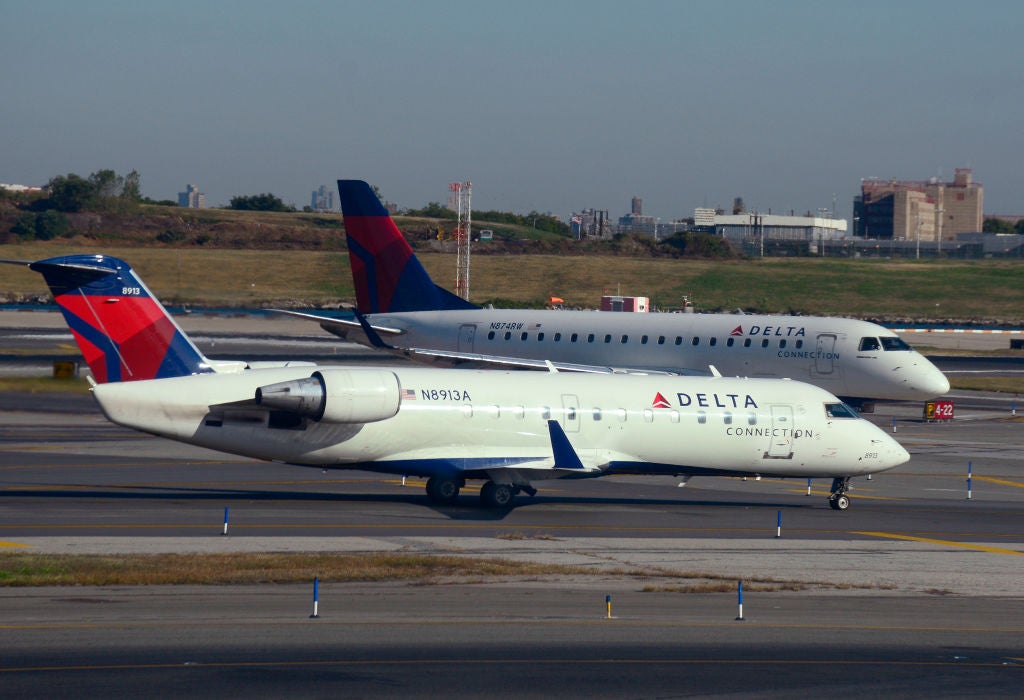 Minimize travel time, maximize work efficiency. If you need to regularly commute on one of the three busiest air shuttle routes — Los Angeles to San Francisco, Boston to New York or Washington Reagan to New York — it's important you find the most cost-efficient and reliable carrier. Today, I'll look at the airlines that fly these routes and compare cost, equipment and on-time performance to decide which carrier is best for each route.

Airlines created "shuttle"-branded routes to appeal to business travelers who want regularly scheduled, predictable flights. It used to be the case that a dedicated fleet of aircraft flew the routes, but there's been a continual dilution of true shuttle service. While American and Delta do offer upgraded amenities in the airport and on board, today there isn't much of a difference between a shuttle flight and any other regional flight you may take. For Delta and American shuttle flights at Boston, San Francisco, LaGuardia and Washington Reagan, there are dedicated check-in counters for shuttle flights; the Delta gates have complimentary coffee and newspapers; and on board, main cabin and first-class passengers get complimentary alcoholic beverages and upgraded snacks.

While those amenities are nice, the flights are short. The routes are no difference than many destinations across the US which have almost hourly service. With heightened security requirements post-9/11 and LaGuardia airport construction, there still isn't much quick or efficient about commercial flying compared to Amtrak or scheduled bus service.

We continue to see changes being made to the shuttle services, particularly with Delta. Until the middle of November, Delta's shuttle webpage had a separate section dedicated to the West Coast shuttle routes of Los Angeles and Seattle to San Francisco, but that section is no longer listed. Many on the Airliners.net forum speculate it's because of the move of the Boeing 717 aircraft out to the West Coast as well as increased competition and less of a need to market a shuttle product. While Chicago to New York and Seattle to San Francisco are branded as shuttle routes for Delta (at least for the time being), they're not for American, and I won't compare them in this article.

For each route below, I'll compare the typical revenue cost for flights over the next three months, equipment and on-time performance according to the Bureau of Transportation Statistics for each carrier to determine which is best on each route.

I did see basic economy fares sold on this route with both American and Delta for all the flights operating. If you don't care where you sit for the 35 minutes of flying time, don't have a bag and don't mind not being upgraded, you can save what looks to be $25 on most days by going with basic economy.

Best: I'll fly JetBlue over the legacy carriers every day, even if its flights on this route aren't technically advertised as shuttle service. Free Fly-Fi internet from gate to gate, live TV and more leg room for $14-$24 less than Delta or American sounds like a great decision. The flights early in the day have 94%-95% on-time performance compared to much lower later in the day, so pick an earlier flight if you can.

*Republic Airline's (the operator of Delta flights on this route) on-time data not reported to Bureau of Transportation Statistics. 89% on-time performance according to flightstats.com.

Best: I choose American simply because, all else equal with Delta, the small amount of AAdvantage miles you earn from the flight are worth more than the Delta SkyMiles you'd earn on the same route. Also, an award ticket on the route cost 7,500 AAdvantage miles compared to 26,000 Delta SkyMiles for most dates. All things between Delta and American are pretty even here, including the added shuttle benefits at the airport and on board. The dedicated shuttle check-in counters rarely have a line, which is nice. Newark is my least favorite New York-area airport, and United uses an Embraer 145 with a 1-2 configuration, which is not my favorite domestic aircraft.

If you aren't happy with American, there is one valid reason to choose Delta. American operates 25% more flights per assigned gate every day at DCA compared to the other carriers. This often means a gate isn't available when you land and if there are irregular operations (IRROPS), AA has no capacity to recover, making delays worse.

Best: Two free checked bags and the possibility of always having a companion fly free makes Southwest hard to turn down on this route. Also, the added flexibility of no change fees and and the ability to cancel award tickets for free makes the airline more attractive. For a 50-minute flight, I'm willing to forego the chance at an upgrade or a free beer to be able to bring a bag and save some money.

When looking at a shuttle route, don't forget to check train and bus service between your origin and destination. Amtrak trains can often be equally (or more) delayed as a flight, but bus service like MegaBus which offers onboard Wi-Fi, power outlets, entertainment and very cheap fares could be a better alternative to flying a shuttle route.

Overall, with the added carriers flying the routes and businesses more concerned with convenience and cost rather than added amenities, I think'll we will continue to see a gradual phase-out of the shuttle service marketing on the West Coast and perhaps even the East Coast.