British Airways Is Canceling Flights Because of 787 Engine Trouble 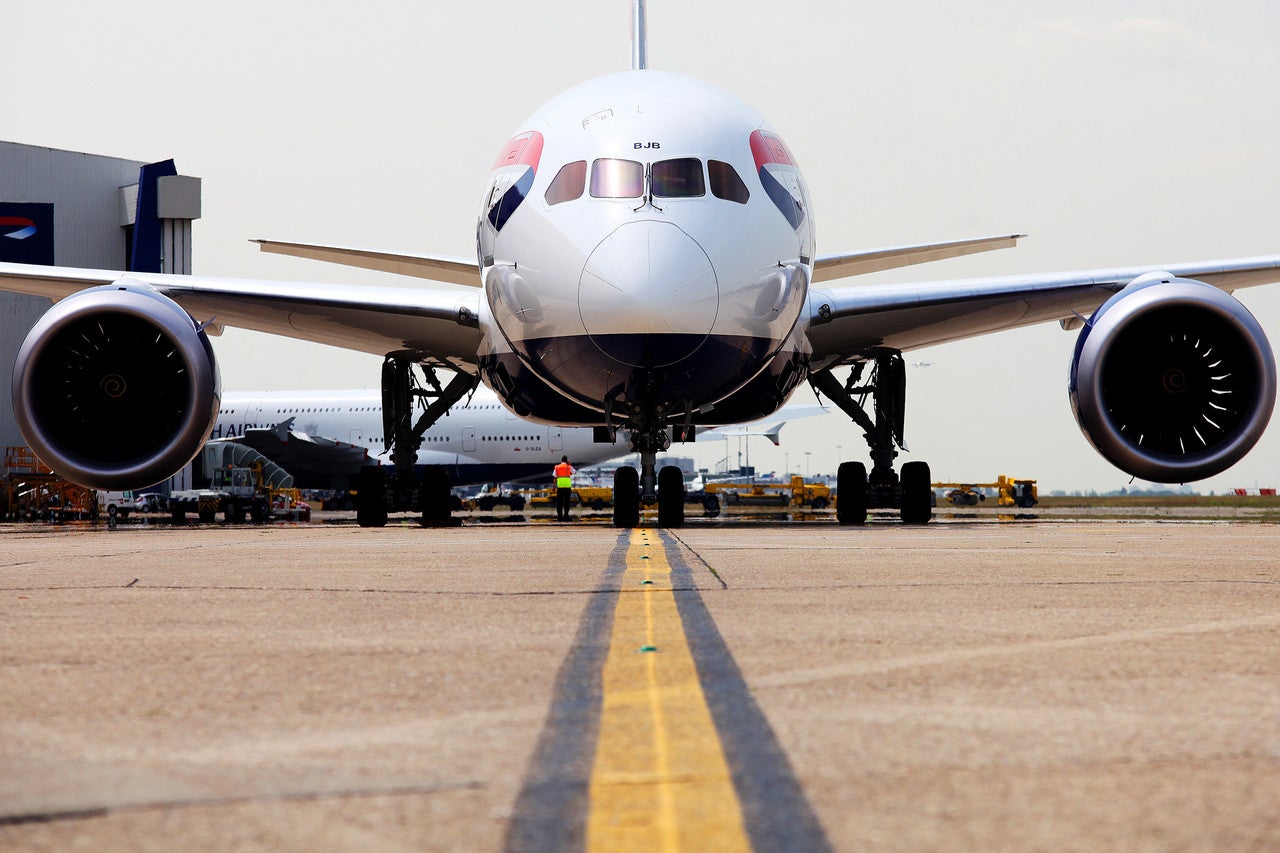 British Airways Is Canceling Flights Because of 787 Engine Trouble
This post contains references to products from one or more of our advertisers. We may receive compensation when you click on links to those products. Terms apply to the offers listed on this page. For an explanation of our Advertising Policy, visit this page.

The Boeing 787 Dreamliner is known for having had its fair share of problems. In its first year of service, at least four aircraft suffered from electrical problems stemming from its lithium-ion batteries, which led to a months-long grounding of all 787s. Last year, the US Federal Aviation Administration issued a directive instructing airlines to carry out an urgent fix on 176 Dreamliners because of an engine icing problem. Those problems have been solved, and now 787s operate worldwide with a dispatch reliability — essentially, the percentage of aircraft departing on time — second only to Boeing's long-haul workhorse, the 777.

However, some 787s are now experiencing new engine troubles, which will cause some disruption to passengers in the midst of the busy holiday season.

European safety regulator EASA, along with other worldwide aviation safety agencies, has proposed immediate measures to address possible cracks to the fan blades of the Rolls Royce engines installed on hundreds of Dreamliners, including those flying for British Airways, ANA and Air New Zealand. (Aeromexico, American Airlines, Air Canada and United, the only operators of the 787 in North America, all use General Electric GEnx engines, which are unaffected.) The cracks in the intermediate pressure compressor on Rolls-Royce Trent 1000 engines can potentially lead to the release of blades during flight, EASA said, resulting in an uncontained engine failure. That's the kind of engine failure that can spew out engine fragments at high speed, with consequences that can be disastrous.

New Zealand’s aviation safety board confirmed this week that it was investigating “engine abnormalities” on Air New Zealand's 787-9 jets, which led to some of the planes being grounded. Singaporean investigators have recommended that Rolls-Royce review the design of intermediate pressure compressor blades in the Trent 1000 engine, after an incident in which a Scoot Boeing 787-9 suffered an engine failure in November last year.

British Airways fleet of Rolls-Royce engined 787s — which serves several US destinations — is also affected, and the airline is canceling a large number of flights due to an aircraft shortage since its 787s must undergo urgent maintenance.

While the changes to the BA flight schedule aren't final, here are the latest updates to flights affected so far:

On other BA routes, many 787 have been substituted by other aircraft in the fleet, with most 787 flights from London Heathrow to Los Angeles (LAX) and Newark (EWR) swapped to a 777. Passengers have started to tweet seat-map changes, showing the aircraft switch. The following tweet is from a passenger flying from London to Jeddah (JED) next week, ordinarily a 787 service:

Thursday afternoon, FlightRadar24 showed 17 oout of a total 25 BA Dreamliners in the air, with some flying across to / from the US...

... and the remainder over the Middle East and Asia.

But the urgent maintenance checks are set to ramp up next week, and take place over the course of holiday period, hence the changes in the flying schedule.

"Like several airlines around the world, we are carrying out detailed precautionary inspections on Rolls-Royce Trent 1000 engines which are fitted to our Boeing 787s, as part of the engine manufacturer's long term maintenance and service program," British Airways said in a statement. "To facilitate the engine inspections we have had to make schedule adjustments and are rebooking customers onto alternative services or offering them a refund. The safety of our customers and crew is always our top priority and we would never operate an aircraft unless it was safe to do so”

Rolls Royce says t is "working together [with British Airways] to minimize this impact and restore full flight operations as soon as possible."

For passengers booked on BA flights already affected by the cancellations, there are plans in place to re-accommodate all passengers on partner airlines, or the BA flight closest to the original time/date booking. For those booked to fly BA on the London Heathrow to Doha route (which has been suspended for almost one month as from next week), British is rebooking passengers onto Qatar Airways services. (British and QR are fellow members of the oneworld alliance, and Qatar has helped British in the past.) For some this might actually be a boon, as BA Club World passengers could now fly on Qatar Airways' QSuite, arguably one of the best business class cabins flying in the skies today, and a definite upgrade from BA's eight-across Business Class cabin.

For now, BA passengers should ensure that all their contact details are updated in flight bookings, especially on flights operated by a 787 Dreamliner. Flight cancellations and changes are still taking place, and the situation is ongoing. If you're affected, it's worth calling your local BA office and ask them to help you, given the nature of the disruption.

A previous version of this story contained wording that could be read as stating that Mexico is not in North America. The story has been amended.