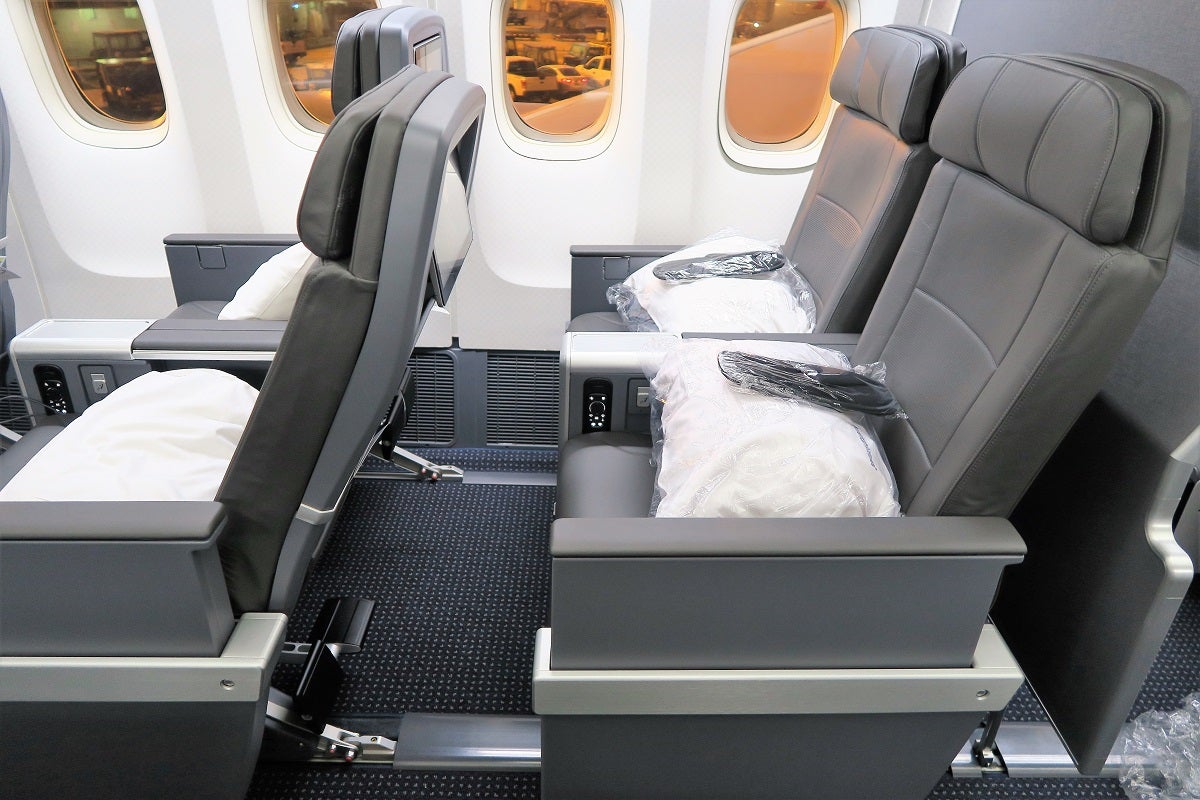 Since becoming the first US airline to launch the aircraft type in 2012, the Boeing 777-300ER has been American Airlines' flagship aircraft. As the only long-haul aircraft in the fleet still with a first class product, this "77W" aircraft is used on American Airlines' most prestigious routes — including Los Angeles to London; Dallas to Hong Kong and New York to Sao Paulo.

When is the premium economy class of service launching on the 777-300ER?

Over the weekend, American Airlines started selling premium economy on the 777-300ER effective June 26. This was switched Monday to a launch date of July 10.

As aircraft are retrofit over the next few months, you can expect to see these premium economy seats flying around before then. But, until July 10, these seats will be sold as Main Cabin Extra seating without the extra soft product benefits (catering, amenities, priority boarding) that come with the full premium economy product.

Which 777-300ER routes will have premium economy seating?

Will there be any changes to business or first class on the 777-300ER?

From the information we have so far, it doesn't look like it. It seems that American Airlines is just pulling out the Main Cabin Extra mini-cabin and replacing it with premium economy seating. There are no changes loaded to the seat map for first or business class. And, it's unlikely that AA will mess with its best business class product.

It's noteworthy that American Airlines is retaining a first class cabin on the 777-300ER, as this would have been the perfect time for the airline to retire long-haul first class if it was planning to do so.

Can AA premium economy be booked with miles?

Frustratingly, the answer is still no. American Airlines will have 63 aircraft with premium economy by the end of 2017. However, travelers still have no way of booking premium economy with miles or using miles to upgrade. When I asked about this at the AA Media Day in September, Don Casey (AA Senior Vice President of Revenue Management) said that he expects that this will be added "sometime in 2018."

Does this mean that my systemwide upgrade will only upgrade me from economy to premium economy?

I don't understand it either, but there's something in AA's system that's holding back the airline from being able to reclassify premium economy as its own cabin. This is part of what's holding up booking and upgrading to premium economy with miles. Hopefully the airline is able to make the award booking change without devaluing systemwide upgrades.