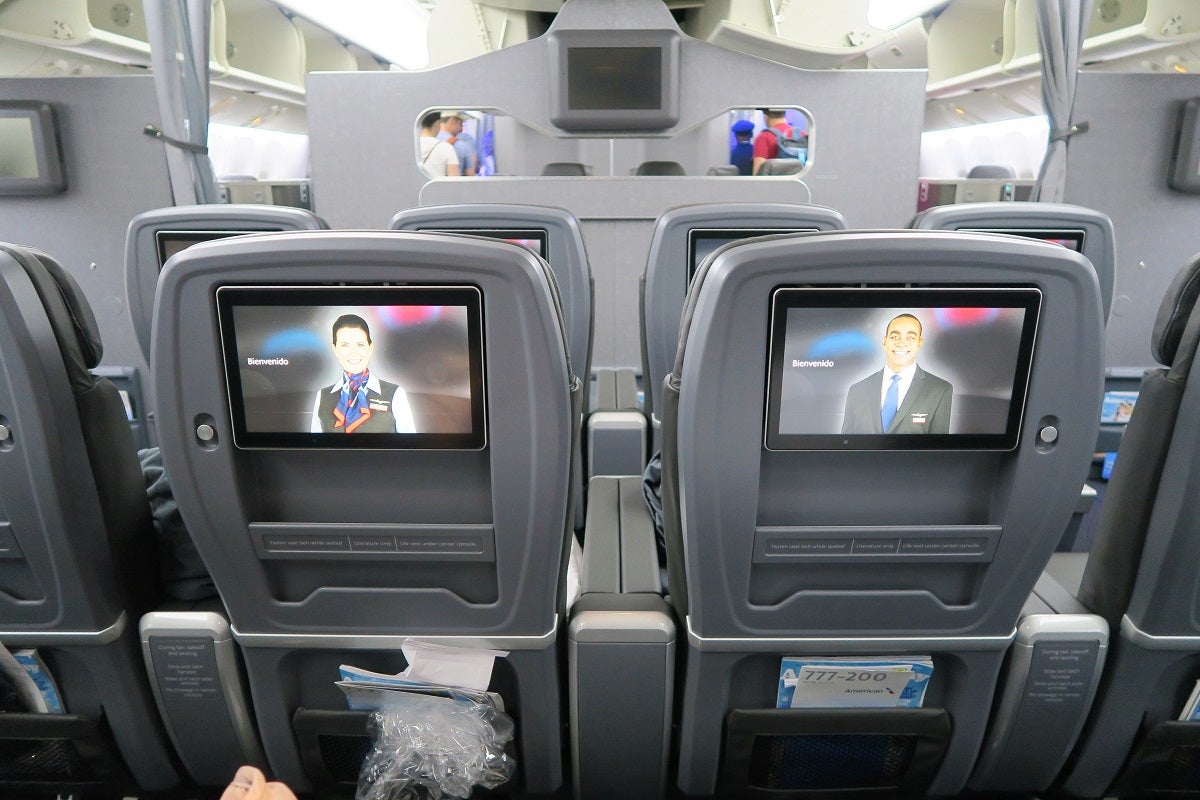 Update 7/20/17: An AA representative clarified that the airline will be installing 50 Main Cabin Extra seats on the A332s, though two will be reserved for customers requiring special assistance.

Over the weekend, there were big changes unveiled for American Airlines A330s. In short: Starting soon, you'll be able to fly in a premium economy seat on one of AA's wide-body Airbus planes. Over the few months while the fleet is being retrofit, these premium economy seats will be treated as Main Cabin Extra — meaning elites get to choose these seats for free.

Effective January 15, premium economy will officially be launched on the A330s. These tickets just went on sale Sunday and the fare difference from economy to premium economy is looking very reasonable for some options — especially when considering marginal benefits over standard economy:

While we got a lot of information Sunday, there were still a lot of unanswered questions. Since then, we've been collecting answers. To keep it easy, let's do this in a Q&A format:

Are all American Airlines A330s being retrofit with premium economy seating?

Which A330 routes will have the premium economy seating?

Yes. American Airlines will be using the same seat for the A330-200s as you'll find on the existing AA aircraft with premium economy seating.

What's the new seating arrangement on the A330?

Sadly, AA isn't continuing the tradition of having two less seats per row in premium economy. The airline is arranging the A330-200's premium cabin in three rows of 2-3-2 (21 seats in total). This means that the premium economy seat spacing won't give much of a marginal benefit over economy. Compared to the similarly arranged 787-9, the cabin will be a bit tighter — as the A330-200's cabin width is about a foot smaller than the Dreamliner.

When will the retrofit be complete?

Although we don't have a confirmed retrofit start date, American Airlines is still planning to complete this process by the end of 2017. Passengers are currently being sold premium economy seating for flights starting January 15, so AA only has a couple of weeks of leeway if it doesn't finish by the end of the year.

Is the business-class cabin on the Airbus A330-200s also getting a facelift?

Will Main Cabin Extra be added during the retrofit?

Unfortunately, AA is passing up a huge opportunity to add MCE seating during this retrofit. According to an American Airlines spokesperson, AA "won’t be retrofitting to add/remove any MCE." (Update: American Airlines will be installing 50 Main Cabin Extra seats on the A332s, though two will be reserved for customers requiring special assistance.)

While we appreciate AA's openness about the coming changes, it's disappointing to see that not all A330s will get premium economy. We're especially disappointed that AA is forgoing adding a Main Cabin Extra section during this retrofit.

Related stories
Chasing elite status on Alaska Airlines? A flight to California this fall could help
Flights to Auckland starting under $700 round-trip
The ultimate guide to earning elite status with United cards
American Airlines forgot it had landing slots at JFK. Then it lost some of them
Featured image by JT Genter