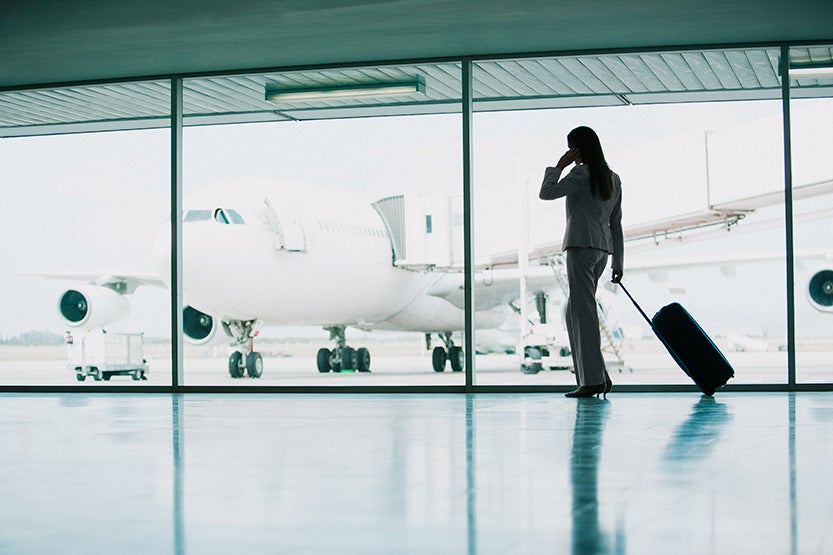 Are Premium Discount Air Travel Sites a Scam?
This post contains references to products from one or more of our advertisers. We may receive compensation when you click on links to those products. Terms apply to the offers listed on this page. For an explanation of our Advertising Policy, visit this page.

The deals sound too good to be true: $3,000 for a first-class, round-trip ticket from a US airport to Madrid — nearly half what you’d find on an airline’s own site. Or the same price for a business-class seat to Australia. Or $2,700 round-trip to Paris, in the front of the plane.

But are the sites advertising these fares — sites like BusinessClassGuru, PassportPremiere, and YourBusinessFlights — legit? Do airlines accept their tickets? Can you get scammed? So many TPG readers have raised questions about these premium discount air travel companies that we decided to examine this growing segment of the business for ourselves.

The way it works, these sites "specialize in getting unpublished fares from a select group of airlines that have more capacity than customers,” Henry Harteveldt, veteran travel-industry analyst and principal at Atmosphere Research in San Francisco, explained. “Those airlines don’t have the marketing budget to match what much larger carriers do.”

People find the companies in question with a quick “first-class discount” search instead of researching specific fares online with sites like Expedia or Kayak; you then have to share contact information for a sales agent’s follow-up. One online discounter doesn't even accept phone messages — only texts. Not exactly industry business standards.

“It’s perfectly reasonable to want reassurance that you’re doing business with a legitimate company before you plunk down that much money,” said Harteveldt.

The good news: Most of these sites — which essentially act as travel agencies — seem to operate with few customer complaints and solid track records of delivering what they promise. Some even offer concierge services with 24/7 agents on call once you book. But it's important to be vigilant and do your homework first.

Vlad Veinstein, chief operating officer of BusinessClassGuru, explained how his 10-year old company locks in such deals, which can be discounted anywhere from 10% to 60%: “We’re able to get wholesale contracts with consolidators who do not offer such fares directly to the public, or through other sites online,” he explained. BusinessClassGuru also works with a handful of airlines directly, though Veinstein declined to name them.

While the company’s faced a few complaints “in the past,” Veinstein said any issues arose from technical errors on the consolidators’ end, not his. “We sell 5,000 tickets a month,” he said. “In one of every few thousand, there’s a human error somewhere. In most cases, we can fix the problem. But that could happen even if you book directly through an airline.”

Another high-end discounter, TopBusinessClass, also works directly with consolidators — wholesalers, basically — that contract with airlines, said Andrey Grove, the company’s founder. “Working with us is the same as working with Orbitz or any other travel agency,” he said.

And so far, so good. “We’ve never had issues,” Grove assured. While he wouldn’t reveal TopBusinessClass’ sales volume, he did say the company’s revenue “has doubled year-over-year” since its 2013 launch.

Savitskiy asserted that booking through a site like his involves little risk. “We never charge you until after you receive your confirmation number. Once you receive it, we encourage you to log onto the airline’s site and see the ticket booked in your name. Only after that happens do you see a charge on your credit card,” he said.

Some brokers, like New Jersey-based FlyBusinessForLess, operate on a completely different model. Through its affiliated companies, FlyBusinessForLess accumulates millions of frequent-flyer miles — then uses them to book and sell itineraries to consumers. The catch: Such deals violate airlines’ rules around frequent-flyer miles. Qantas’ Terms and Conditions, for example, state "Reward Flights must not be bought, sold, assigned, transferred or acquired other than in accordance with these Terms and Conditions and the applicable Fare Conditions.” Such rules are rarely enforced, though. (The Points Guy does not condone or encourage such practices, and it highly recommends readers neither sell nor buy tickets via brokers.)

However, not all discount sites are a danger-free proposition. Terry Duryea, a retired tech services professional, spent $10,000 on round-trip, San Francisco-Moscow tickets for himself and his wife last August on discounter FlyFirstClass.com.

Instead of a complete business-class itinerary, the couple ended up in coach from San Francisco to Chicago, the first leg of their journey. And for the trip home from Moscow, tickets for a flight segment from Helsinki never arrived.

“FlyFirstClass left us stranded in Finland,” said Duryea. “They kept saying, ‘it’s coming.’ We just kept getting screenshots of itineraries from them.” Duryea footed the bill himself for tickets home; back in San Francisco, he contacted law enforcement and consumer advocates. In November, FlyFirstClass reached out to settle, Duryea said.

Duryea’s case also offers a cautionary tale. He paid with a wire transfer, as FlyFirstClass requires. That leaves a consumer almost no recourse in a potential ripoff. “We’d worked with them in the past, without problems,” Duryea said. “This time, they just kept telling us to be patient.” FlyFirstClass didn’t return our requests for comment; the company’s toll-free number asks that customers text rather than call.

Harteveldt has a few suggests for avoiding expensive headaches like these.

“Look before you buy is the important thing,” Harteveldt says. “If it’s an agency you haven’t heard of, look them up on the Better Business Bureau’s web site. Have they earned complaints?” You can also search the Department of Transportation’s site, which regulates online travel companies. And, he says, insist on phone contact.

When it comes time to book, don’t feel self-conscious about asking questions. “What kind of protection do you get if your flights are delayed or cancelled? Are fares eligible for frequent-flyer credits? Not all consolidator fares are,” he warns.

Bottom line: With most sites that discount premium travel, you face no more risk than with conventional travel retailers. Just make sure to do your homework first.

This article has been amended to show that the practice by some brokers to buy and sell frequent-flyer miles violates the rules of mileage programs, and that The Points Guy discourages taking part in such practices. An earlier version stated that the practice "may violate" such rules.