What to Do When an Airline Loses Your Stroller

Articles
Summer Hull , aka Mommy Points, ran the Mommy Points site for families who want to travel more for less using miles and points for seven years. She now heads up a variety of special projects at TPG when she isn't exploring the world with her own two girls.
Follow
Sept. 20, 2017
•
6 min read 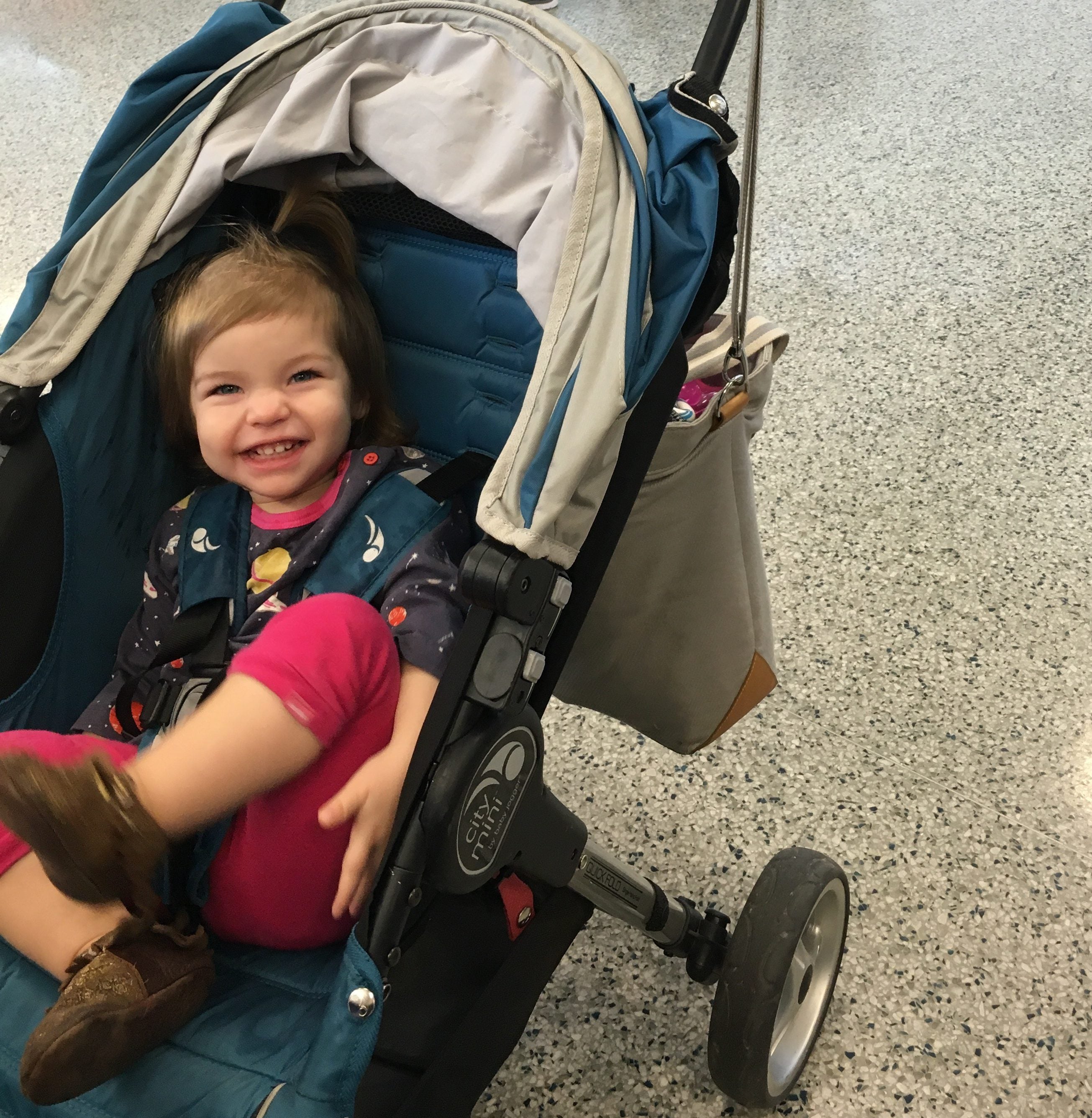 What to Do When an Airline Loses Your Stroller
This post contains references to products from one or more of our advertisers. We may receive compensation when you click on links to those products. Terms apply to the offers listed on this page. For an explanation of our Advertising Policy, visit this page.

Travel with young kids can be hard. Traveling with young kids by yourself is harder. Traveling by yourself with a young special needs kid I can only imagine is harder still. But, people do it, and just by looking you often can't tell if someone has a special situation going on or not, but you don't really need to know that in order to be helpful and compassionate. It sounds like helpful and compassionate were unfortunately not the words of the day for a mom who was recently traveling on Air Canada with her (adorable) three-year-old daughter from Vancouver to San Francisco to get some specialized treatment.

You can read her entire account linked below from her Facebook post, but essentially what it sounds like happened was that her child's stroller somehow didn't make the flight, and the process to figure that out took hours in the airport, resulted in her being told to stand at the boarding area for an extended period of time instead of being 'permitted' to go and change her daughter's dirty diaper, and left her having to carry her 35 pound daughter and luggage through the airport to baggage claim where she was told her stroller was...but it wasn't. At the end of it all they had no stroller, were exhausted, frustrated, and it impacted the reason for the trip, the next day's therapy.

My two-year-old weighs a little less than this three-year-old and it is already very, very, very hard to carry her in my arms for an extended period of time. Doing that plus managing any luggage would be virtually impossible. This mom's three-year-old has cerebral palsy and cannot walk, so without the stroller, or the use of an airport wheelchair, she had to be carried.

What to Do When an Airline Loses Your Stroller

While it is too late to help out with this situation, I want to offer up some advice regarding what to do if the airline loses your stroller in the future.

In the case of the mom and three-year-old mentioned above, the stroller did resurface a few days later, but that was never really the problem or solution. Things happen, but if the airline had done everything to make it easier for the family while they worked on the stroller situation I would bet things could have gone very differently. The mom should have been "allowed" to immediately go change her daughter's diaper, and the airline should have arranged a wheelchair or golf cart to get them to baggage claim to continue the hunt for the stroller. If the stroller was not at baggage claim, she should have been encouraged to go straight from the airport to purchase a new one that would be reimbursed. Sure that would be inconvenient, but it shouldn't have been an event that made the mom feel that her daughter was not treated with dignity.

I also want to add that some airlines do allow a small collapsible stroller to be brought onboard and placed in the overhead bin, so that is another option if having a stroller at the ready is essential for your situation.

Have you ever had a problem with an airline losing your stroller? If so, how was that handled?