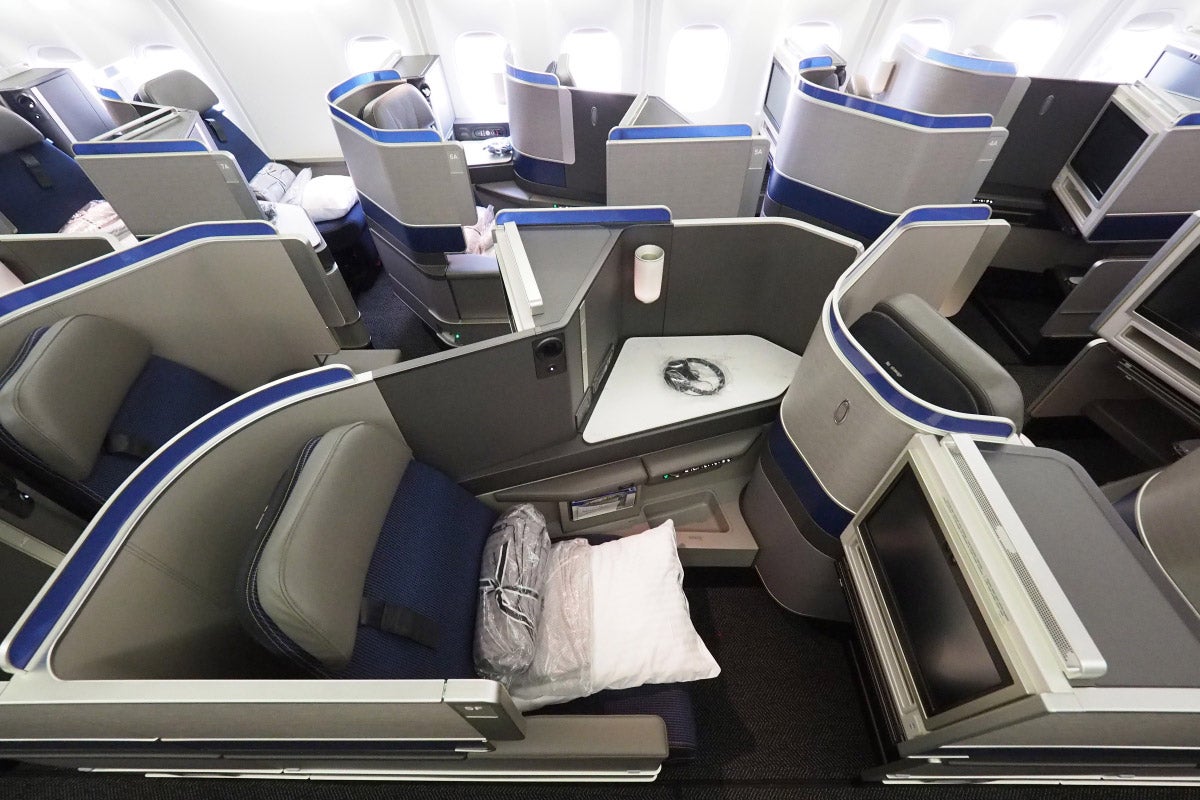 When United launched its new Polaris business-class seat on the 777-300ER in February, the day-long affair included breakfast at the new O'Hare Polaris Lounge, appearances by a handful of executives — including CEO Oscar Munoz — and a special charter flight from Chicago to San Francisco, giving journalists a chance to experience the new seat before it began revenue service two days later.

Today's launch was met without a bit of fanfare, but I'd argue that it's even more significant than what we experienced back in February, given that this is the first time United's added its brand-new seat to an older aircraft. I'd even go so far as to call this an old aircraft, given that N644UA, the first plane selected for this honor, has been flying for the airline since 1991.

But enough babbling... you're here for the pretty pictures, so that's all the background you'll be getting from me today. I'm going to dig right into the tour — otherwise, for more on United's 767 update, check out the posts below:

While the cabin has been heavily modified, the 767-300 has the same old cockpit — though the captain did note that the carpets have been refreshed.

What's especially exciting though is that the crew rest has been improved quite a bit, and now includes a slide-out curtain that tucks away in a closet when not in use.

The galleys are largely unchanged as well — below is the business-class galley up front.

And the economy galley in the rear.

The 1-1-1 arrangement means all passengers have direct access to the aisle — especially important with most passengers choosing to get some shut-eye on redeye flights to Europe.

There's a fair amount of privacy as well — the seats are staggered, so you shouldn't end up accidentally staring at your neighbor at any point during the flight.

Some seats are more private than others, of course — window seats in odd-numbered rows are closer to the window, so you'll be best off with one of those.

Meanwhile, all the center (D or F) seats are exposed to one side of the aisle — while center seats were a great pick for solo travelers on the 2-1-2 version, I would opt for an odd-row window seat here.

The lavatories have gotten a refresh as well.

These planes offer a much more comfortable ride in economy — unlike with the 777-300ER, where seats are arranged in a 3-4-3 configuration and measure just 17 inches wide, the updated 767s maintain the 2-3-2 configuration, with each seat offering a whopping 18.5-inch width, making this the largest economy seat in United’s entire fleet.

There’s power and on-demand entertainment at every seat, in addition to larger overhead bins, new lavatories and other cabin design updates.

Oddly, there are two sets of Economy Plus seats in the rear — they're reserved for resting flight attendants on longer flights, but you can select them on shorter flights, such as the eastbound crossing to London.

The economy lavatories have also been replaced, though they're arguably a bit more bare bones than their Polaris counterparts.

If you spot one of the retrofitted aircraft assigned to a flight you're planning to book, this is definitely the version to pick.