Saudi Women Can Drive. But What Happens Now? 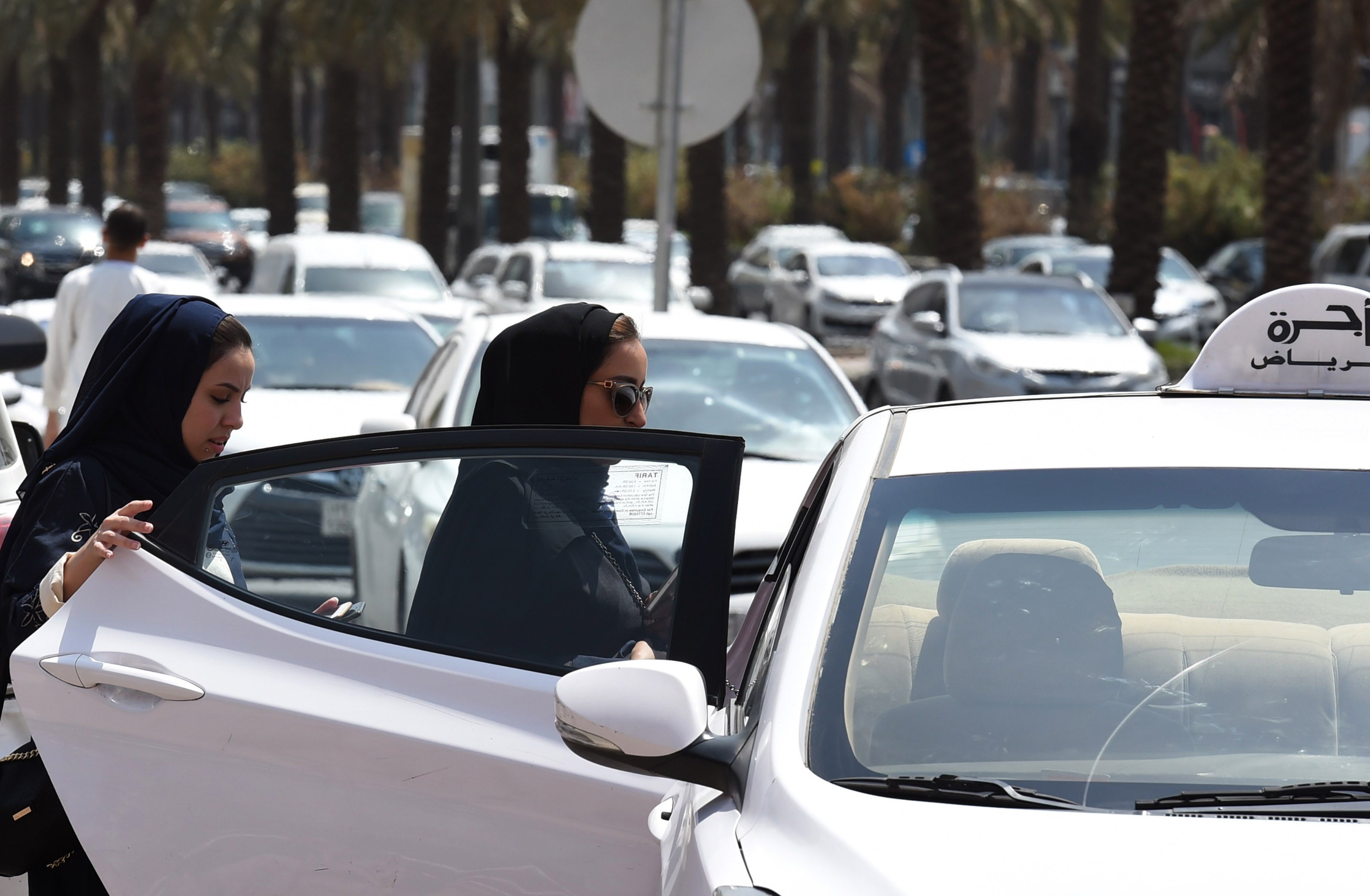 Saudi Women Can Drive. But What Happens Now?
This post contains references to products from one or more of our advertisers. We may receive compensation when you click on links to those products. Terms apply to the offers listed on this page. For an explanation of our Advertising Policy, visit this page.

By reversing its longtime ban on women drivers this week, the Saudi monarchy won plaudits around the world. But the decree left car-rental, ride-share companies and Middle East experts with more questions than answers about what it really means for businesses and women, both Saudi and foreign.

"Look, it's obviously something we welcome, but the concern is the implication that there could be restrictions on driving that men don't face," said Adam Coogle, Jordan-based Middle East researcher for Human Rights Watch. "A woman is very much at the mercy of her male guardian, and even if a woman may be allowed to drive according to Saudi rules, if a male guardian still doesn't want her to, it's going to be a real challenge for her to be able to drive a car."

Unresolved issues like that seem to be bedeviling car-based businesses, which don't know what conditions will come with women being allowed to drive, and how they'll be expected by the notoriously strict Saudi government to enforce them.

Women will be allowed to drive in the kingdom from June 24, 2018, but before that, a ministerial committee has been charged with making recommendations on how to implement the change. Challenges the committee is expected to tackle include such sticking points as whether women will need to get consent from a male relative to apply for a license, as they long have to obtain a passport, hold a job, study at a university, or even seek some medical care; how male police officers and paramedics will interact with female drivers, or whether those roles will be filled by female officers and medical personnel; and whether women will be permitted to become professional drivers. The committee was given 30 days to come up with its report.

The consequences will reach far beyond issues of gender. The sudden influx of a huge number of brand-new drivers may have an effect on a country that's already infamous for its unsafe drivers and high rate of traffic accidents. Then there's what happens to the large population of foreign workers who make their living in the kingdom as private drivers — 800,000 of them in Saudi Arabia, according to Faisal Al-Muslimi, chairman and co-founder of Sana'a Center for Strategic Studies.

Meanwhile, mixed messages coming out of the kingdom have made the future uncertain. In Washington, DC, the Saudi ambassador, Prince Khalid bin Salman, insisted that guardianship laws wouldn't apply to women drivers, but conservatives in Saudi Arabia quickly decried the move as a step toward spreading moral decay. They've been using social media to mobilize the power of the country's influential clerics and devout traditionalists. Rampant rumors have muddied the discussion even further: a popular prediction is that women will have to be at least 30 to be allowed to drive, while the legal age for men is 18.

For now, car-rental and ride-share companies seem to be taking a wait-and-see approach, lauding King Salman's decree while cautiously awaiting the committee's results before judging how the new law will affect their businesses.

"It’s too soon to tell on how this will impact our business; however, we look forward to serving Saudi Arabian women at our rental facilities," Avis Budget Group spokeswoman Alice Pereira said.

At Hertz Rent a Car, a corporate spokeswoman passed on a statement from the company's Saudi partner, which she noted is a franchisee, and not corporately owned: "We, Hertz Kingdom of Saudi Arabia, welcome the royal decree allowing women to drive and will be abiding by any rules and regulations that the government instigates regarding the car-rental business after June 2018. At the moment no details are available, as several government branches are involved in the process."

Popular ride-share companies in the kingdom like Uber and Careem face a unique dilemma. The relatively young services thrived because of the large population of Saudi women who couldn't legally drive themselves to attend to even minor chores, yet whose families couldn't afford to hire private drivers. According to Bloomberg, a whopping 80 percent of Uber's clientele in Saudi Arabia were women, and the Saudi government had made a $3.5 billion investment in the company in 2016 as part of its ongoing program to increase employment and reduce its dependence on oil. (Uber has been a vocal proponent of giving Saudi women the right to drive.)

"This is a historic moment for Saudi Arabia," an Uber spokesman said in an email. "We're proud to have been able to provide extraordinary mobility for women in Saudi, and are excited by the economic opportunities this change could represent for them in the future."

As for what the changes mean in practical terms for Uber, though, the spokesman had to demur, as there simply aren't any specifics to share yet. Spokespeople for Careem and the other car-rental companies operating in Saudi Arabia did not comment by publication time.

"We're just not sure how the process will work, because of the guardianship laws, or how any of that's going to play out," said Ellen R. Wald, a Middle East geopolitics expert and author of the upcoming book Saudi, Inc. "These businesses had particular projections and expectations based on the fact that over half the population could not drive, and now these projections will have to be adjusted. But people will still need these services, and there will still be women who don't want to drive or don't feel it's appropriate. I wouldn't expect the number of cars on the roads to double overnight."

And foreigners coming to the kingdom probably won't see much difference at all, Wald said, at least at first. Saudi Arabia doesn't have a tourist industry because it doesn't issue tourist permits, and visitors are primarily Muslims on pilgrimage, those visiting family, or businesspeople, with Westerners heavily falling into that last category.

"Whoever's invited to work will still probably have their partners in the country arrange for them to be picked up and driven around," she said.

Related stories
Maximize your Cyber Monday shopping with these 10 credit cards
8 best drinks to order with a cruise ship beverage package (and 3 to avoid)
Should you do a mattress run for hotel points or elite nights?
This might be the best Amex card combo: Amex Gold and Amex Business Platinum
Featured image by AFP/Getty Images