Maho Beach, Before and After: Hurricane Irma Destroys an AvGeek Paradise

Articles
Alberto Riva Alberto runs our flight reviews and oversees special projects across several verticals. Previously, he was the managing editor of Vice News and worked at Bloomberg and CNN, where he was constantly trying to convince people to do more stories about airplanes. He speaks Italian, French and Spanish and one day he’ll be better at German.
Follow
Sept. 08, 2017
•
7 min read 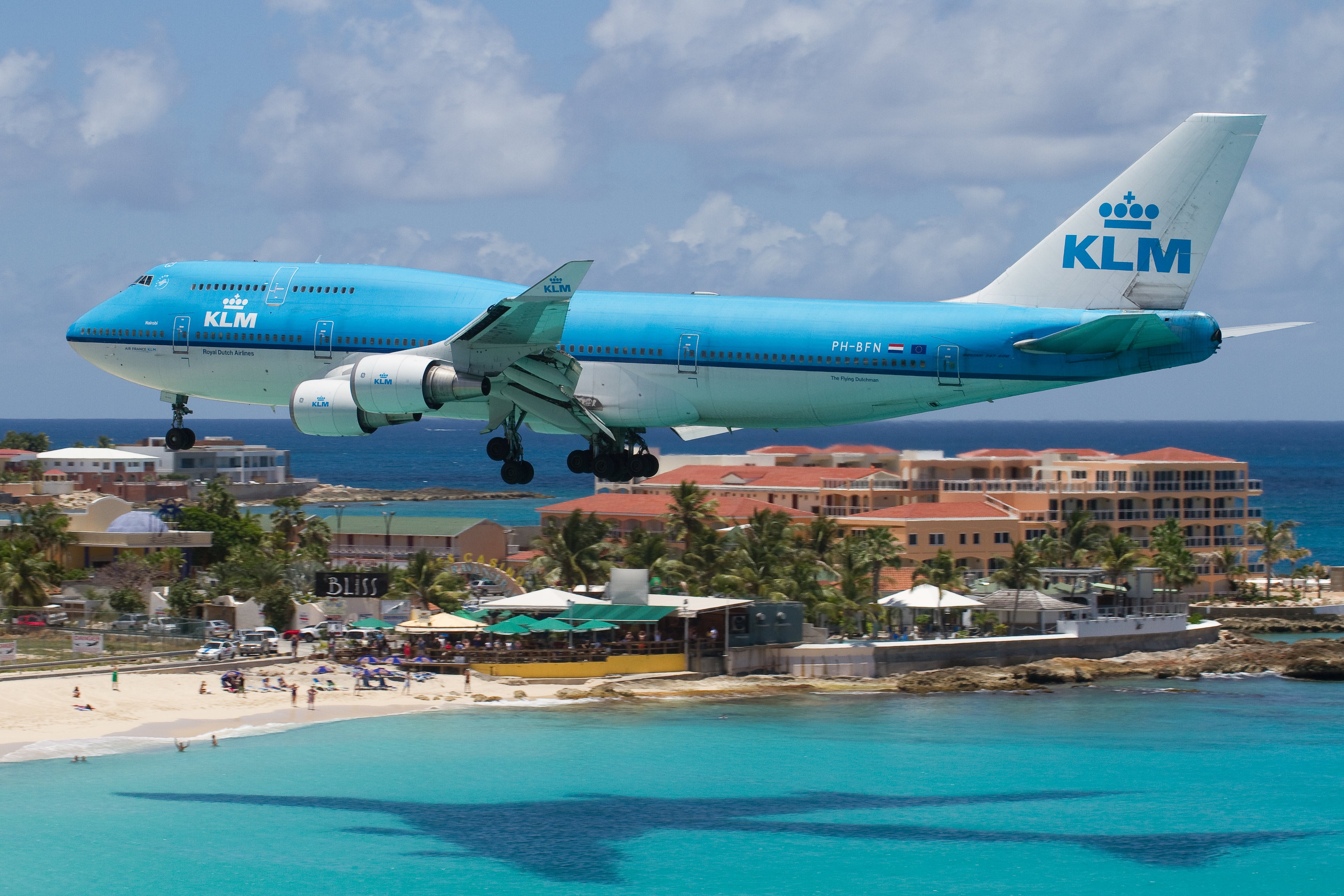 Maho Beach, Before and After: Hurricane Irma Destroys an AvGeek Paradise
This post contains references to products from one or more of our advertisers. We may receive compensation when you click on links to those products. Terms apply to the offers listed on this page. For an explanation of our Advertising Policy, visit this page.

Amid the devastation of Hurricane Irma, there is one place whose loss will be especially heartbreaking to a dedicated group of hardcore travelers. Maho Beach, the world-famous hangout for incredible airplane spotting that is the biggest bucket list item for AvGeeks everywhere, is no more. After Irma lashed the island of Saint Martin on Tuesday, the beach has all but disappeared, and the surrounding facilities have been gutted or washed out to sea.

France's weather service said that Irma produced sustained winds at 295 km per hour (183 mph) for more than 33 hours, making it the longest and most intense tropical storm ever recorded. France's Overseas Affairs minister Annick Girardin said the death toll on the island and nearby St. Barts is currently at two people killed. The devastation is immense, and there is no way to get in or out.

The northern half of Saint Martin is a French overseas territory; the southern half, which goes by the Dutch name of Sint Maarten, is part of the Netherlands. But to aviation geeks, the place is universally known by its airport code, SXM. Those are the three letters that indicate the Princess Juliana International Airport, on the Dutch side, whose single runway ends mere steps from the Atlantic Ocean. That narrow strip of sand where the runway meets the beach has been the world's most coveted location for airplane photography — until now.

Here's what it looked like from the air on Wednesday, after Irma passed.

To get an idea of how devastating this storm was, just compare the image above with a shot of Maho Beach from a landing Delta Boeing 757, taken in 2013. The umbrellas at the top of the beach belong to the Sunset Bar & Grill, where you could hang out all day and meet people from all over who had come to Maho for the same reason — and who would invariably be giddy with excitement when another big jet whooshed over the beach.

The Sunset did a brisk business keeping AvGeeks fed, properly hydrated in the scorching sun, and often quite a bit tipsy, what with the rush of a Boeing passing by at 150 mph just feet away and the buzz from yet another Carib beer.

Every day, the Sunset's staff would write the expected arrivals on a surf board propped up in the sand. Photographing the board was another AvGeek ritual. Clearly, whoever was in charge of the task was enough of an aviation nerd to only write down the big jet arrivals, ignoring the smaller, island-hopping turboprops that, while vital for the islanders' everyday life, were nobody's reason for flying this far with an arsenal of cameras.

The first item on the board was the true AvGeek catnip that attracted people to Maho: KLM's 747 from Amsterdam, by far the largest aircraft ever to land at SXM. Coming from Amsterdam on the first leg of the journey to Curacao, this was the star attraction.

Whenever it came, three times a week, the question was the same: How low would the giant go? Very low, sometimes. The sheer speed, size and proximity of the Jumbo Jet were exhilarating.

Sadly, that's another icon of St Maarten that is no longer around. The big blue 747, beautiful but way more expensive to operate than today's twin-engine jets, no longer lands there. In October last year, KLM ended its service to Princess Juliana with the four-engined giant, substituting a more prosaic Airbus A330 for it.

The honor of the biggest airplane to land on the 7,500 ft runway — a postage stamp in relative terms, adding another layer of excitement to the thrill of Princess Juliana — is now held by Air France's A340, itself an endangered species, which will be superseded soon by another, more fuel-efficient twinjet. When that happens, Maho Beach will look a little less like the incredible spot it has been until now, and a little more like just another airport with unexciting airplanes — albeit one where you can get closer to those airplanes than anywhere else on Earth.

The good news, for AvGeeks and for the island's 77,000 residents, is that Saint Martin will rebuild. After all it has bounced back from the damage of the 2004 hurricane season, when three storms obliterated Maho Beach. Granted, those three hurricanes — Ivan, Jeanne and Karl — were nowhere near the destructive power Irma unleashed on the island, which was "95% destroyed," said the top official on the French side, Daniel Gibbs. "We need everything," he said, and "rebuilding will be hard."

The Princess Juliana airport, and a harbor where cruise ships routinely dock, are Saint Martin's guarantee of returning to a prime spot on the world's tourist map.

But as of this writing, on Friday, both are closed. The airport looks every bit like the disaster site it is, with the Atlantic lapping at the runway and a cargo ship stranded in a few feet of water.

Still, 747 or not, AvGeeks from all over the world will be back, once the island is up and running again. When that will be is hard to guess at this point, but we know that when it happens they will continue to check the surfboard at the Sunset for the next jet arrival, ready for a rush of adrenalin that they cannot experience anywhere else.