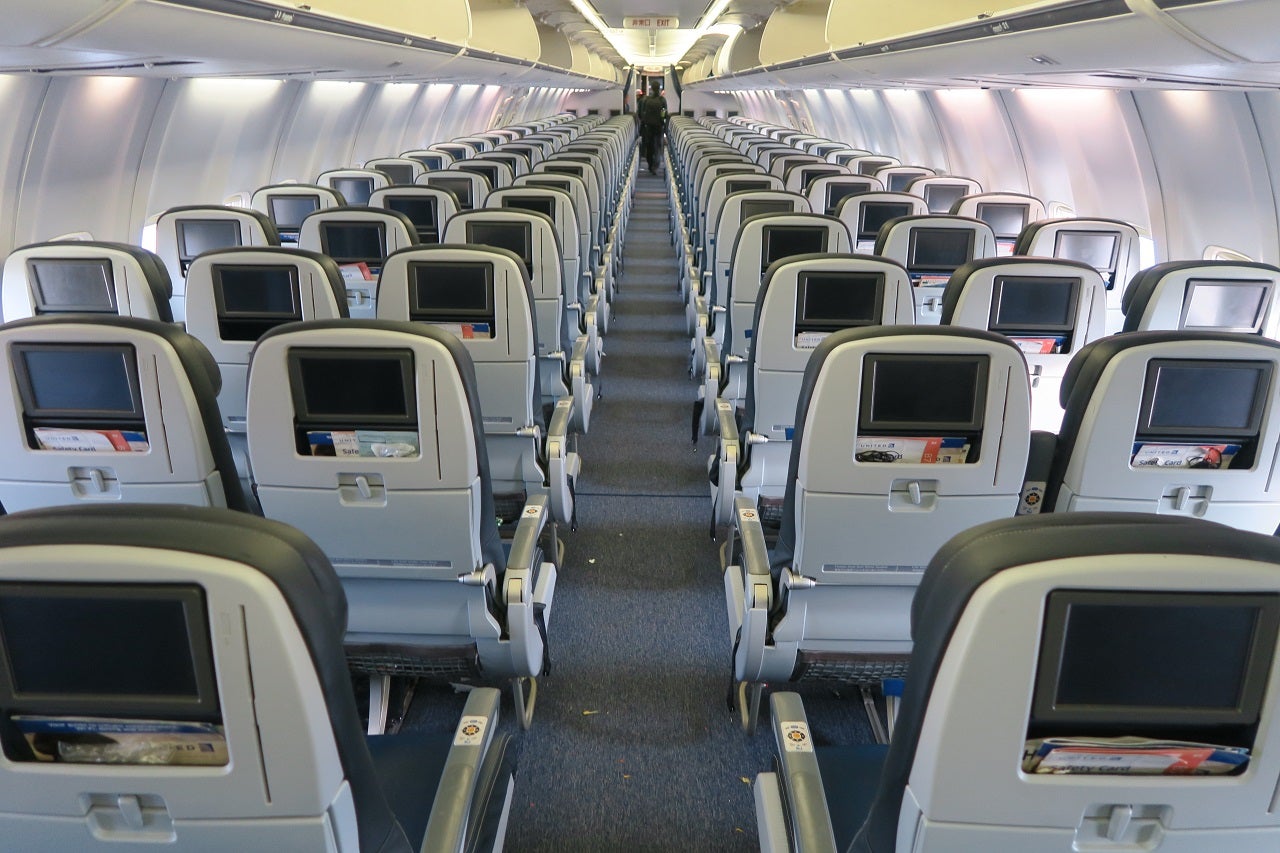 Your Guide to the Best Seats on United's Honolulu to Guam Island Hopper
This post contains references to products from one or more of our advertisers. We may receive compensation when you click on links to those products. Terms apply to the offers listed on this page. For an explanation of our Advertising Policy, visit this page.

Your AvGeek dreams are about to come true: you've booked — or are about to book — the United Airlines Island Hopper. Now, you're left wondering which seat to select to be able to fully enjoy the experience of the flight from Guam to Majuro, or the other way round. Either flight is a bucket list item for AvGeeks worldwide, attracted to the unusual sight of a US carrier flying a single-aisle jet in the Pacific, 6,000 miles from the US mainland. And even if you've flown a United 737 plenty, you might not remember which seats have the best views.

Good news: My wife Katie and I just flew the Island Hopper, in both directions (GUM-MAJ and MAJ-GUM), and made sure to find out which seats are best. Also, check out the post we published yesterday on 12 things to know before flying the Island Hopper.

Well, duh. The best seats on the plane are going to be up front. While these seats aren't anything special, they have much more padding than the slimline seats in the back. Plus, you're going to have access to a snack basket, while passengers in economy just get a couple small snacks. And, you're not going to have to worry about the wings or engines blocking your view.

Can't make it into first class? Well, the first four rows of Economy Plus are the next best thing. These rows are far enough ahead of the engine and wing that you can get a clear view out and down during takeoff and landing. Plus, you'll be able to get off the plane quickly and be at the front of the line if you want to get a passport stamp at each stop. You'll also find up to 34 inches of pitch and power plugs at each seat.

As a extra bonus, United's on-board mechanic — whom you won't find on more ordinary flights, but is a necessity at the Island Hopper's remote stops — always sits in seat 7C. So, you might be able to strike up a conversation if you're in 7A. (We assume you will want the window seat!)

Surprisingly, the next best seats are going to be all the way in the back. If you want a clear view, these rows deliver. As an added bonus, the further back you go, the sooner you'll get a drink on the short hops. While the drink cart starts at the front of the economy cabin, the third economy flight attendant starts serving drinks from the back row forward. If you want to get passport stamps at each stop, these seats still work — at least in our experience. We were successfully able to disembark, get stamps and make it back into the transit area in time when sitting in rows 35-36. For an idea of the views, here's takeoff from Chuuk from seat 35F:

Want to frame your photos with a little wing? These rows are far enough behind the wing to be able to see the gorgeous islands below, while letting you get a little wing action. Katie notes that row 30 has an especially good place to rest your head against the wall as you look out. I measured row 29 to have 31 inches of pitch. However, beware that row 27 (at least on this aircraft) has just 29 inches of pitch. Here's the view from 29F:

While seat 11A has a missing window, seat 11F didn't suffer the same fate on either 737-800 we flew on. This is starting to get back toward the wing, but you still get extra legroom and a power plug at this seat.

The wing starts to intrude into your view/photos in these rows, but they are the next best options in economy. Here's the view from 24F:

Next best are a couple of standard economy seats in the forward part of the cabin. While the engine really affects your view, at least you aren't over the wing yet. Plus, these seats have power plugs. I measured row 14 to have 31 inches of pitch. Here's the view from 14F:

These seats are among the worst options if you want a view as each have a missing window. There's a window between rows 11 and 12, but you're going to have to strain to see out of it. The 34 inches of legroom might be nice, but it's not worth losing the view.

These rows are over the wing, either mostly or completely. So, I'd avoid these if you want a view. On the plus side, 20 and 21 are the exit rows, so you'll have extra legroom and a power plug. However, row 20 doesn't recline due to an emergency exit row behind it.

Unfortunately, this isn't as clear as the row selection, as which side is best is going to depend on the winds and the direction of travel. With that in mind, here's our judgement from our experience on which side is the best for views each takeoff and landing.

*Runway turned during our stop

No matter which seat you select, I hope you enjoy the Island Hopper as much as we did!

Related stories
Save money with these travel-related offers on your credit cards this month
Use these shopping portal bonuses to earn extra miles this holiday season
Using miles and points to book airline tickets and hotels for others
Maui magnificence: A review of Kaanapali Alii, a Destination by Hyatt Residence
Featured image by JT Genter