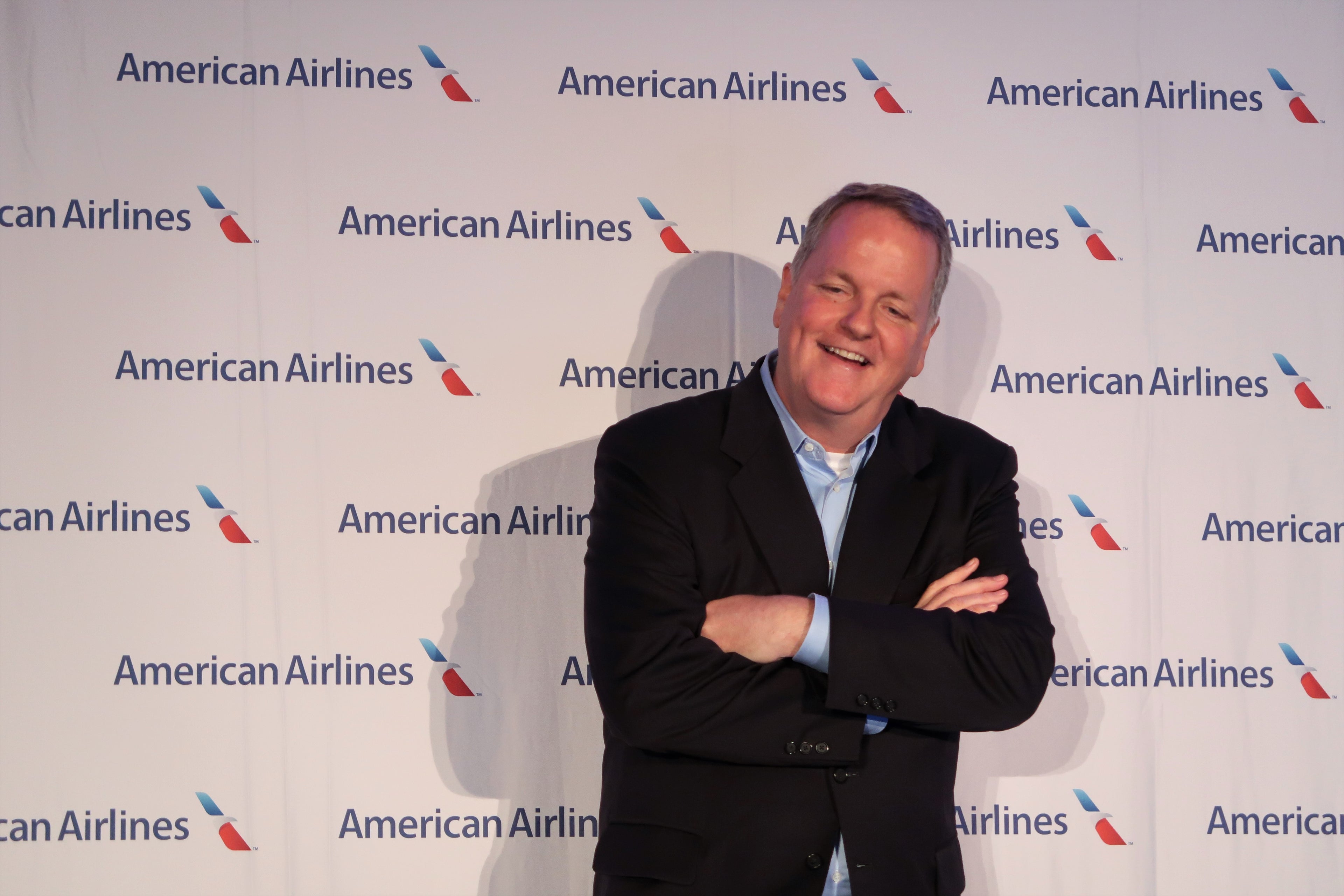 American Airlines CEO Won’t Rule Out Sub-30 Inch Pitch
This post contains references to products from one or more of our advertisers. We may receive compensation when you click on links to those products. Terms apply to the offers listed on this page. For an explanation of our Advertising Policy, visit this page.

Why not 31 inches? On Thursday, American Airlines took delivery of its first 737 MAX 8 aircraft. This is the one that the airline originally planned to outfit with 29 inches of pitch in some rows before backing off in the face of a public outcry. Instead, American Airlines is arranging "all Main Cabin rows with at least 30 inches of pitch" — which is less than what Ryanair is installing on its 737 MAX aircraft.

So, would Parker make the commitment to never dropping below 30 inches? Here's the CEO's response when I asked him:

We have no plans to go below 30, I can tell you that. Again, this is a business where we are reluctant to make commitments like that because who knows what the competition does and what happens and indeed what happens in technology. The reason we are comfortable going to 30 from 31 is — and again I encourage y'all to sit in the mock ups — is because the seat has gotten thinner. ... The legroom is exactly the same as a 31 inch pitch. So, at any rate, I'm only hesitating because who knows what happens in the future. Happy to tell you that we have no plans or intent on doing anything below 30 at the current point in time. ... Absolutely no intent on going below 30 and, again, the 30 feels like the old 31 in terms of customer comfort. So, we are comfortable with that level.

Trying the Mock Up

Believe me, I was right there with you with pitchfork in hand when I heard about the 30 inch pitch. I laughed off the American Airlines assertion that these seats feel like 31 inches despite being, well, 30. Then, I got a chance to try the seat for myself.

Before I did, I discussed the seat with an airline industry analyst who was sitting in the mock up. "Not bad," the analyst said. "I'm six foot four and my knees aren't touching." (He didn't want us to use his name or take photos of him in the seat.)

Immediately assuming that the model wasn't set up with 30 inches of pitch, I grabbed the measuring tape I had brought along. Turns out, AA didn't cheat. From seat seam to seat seam, I measured 30 inches:

Next, I tried it out for myself. Certainly not the most comfortable seat, but I was pleasantly surprised. Sure enough, my 5'11" frame fit in the seat with a few inches of legroom to spare.

Huge caveat: while the legroom was sufficient and the seat didn't feel bad for a two-minute test, the lack of padding in these seats means that they could be quite uncomfortable for a long flight. For a full review of how these seats feel on a flight, stay tuned for my review of the inaugural flight on November 29 from Miami (MIA) to NYC's LaGuardia (LGA).

One thing I know I won't get on that flight: an in-seat entertainment screen. American Airlines opted not to install these systems on its newest aircraft. Instead, there will be streaming entertainment via the WiFi system. You can even set up your tablet in the seat back:

So, the natural next question is: What about power? American Airlines seems to be installing both a USB plug in the seat back and a universal power plug under the seat in front of you. While the 30 inch pitch isn't bad for sitting, you're going to need some flexibility to reach the underseat plugs without getting intimate with your neighbor.

Overall, I'm a bit relieved after trying the seat. Between 30 inches of pitch and a slimmer seat, we knew it wasn't going to be great. But, it wasn't as bad as I expected. In just two months, we will see how it feels for a 3-hour flight.