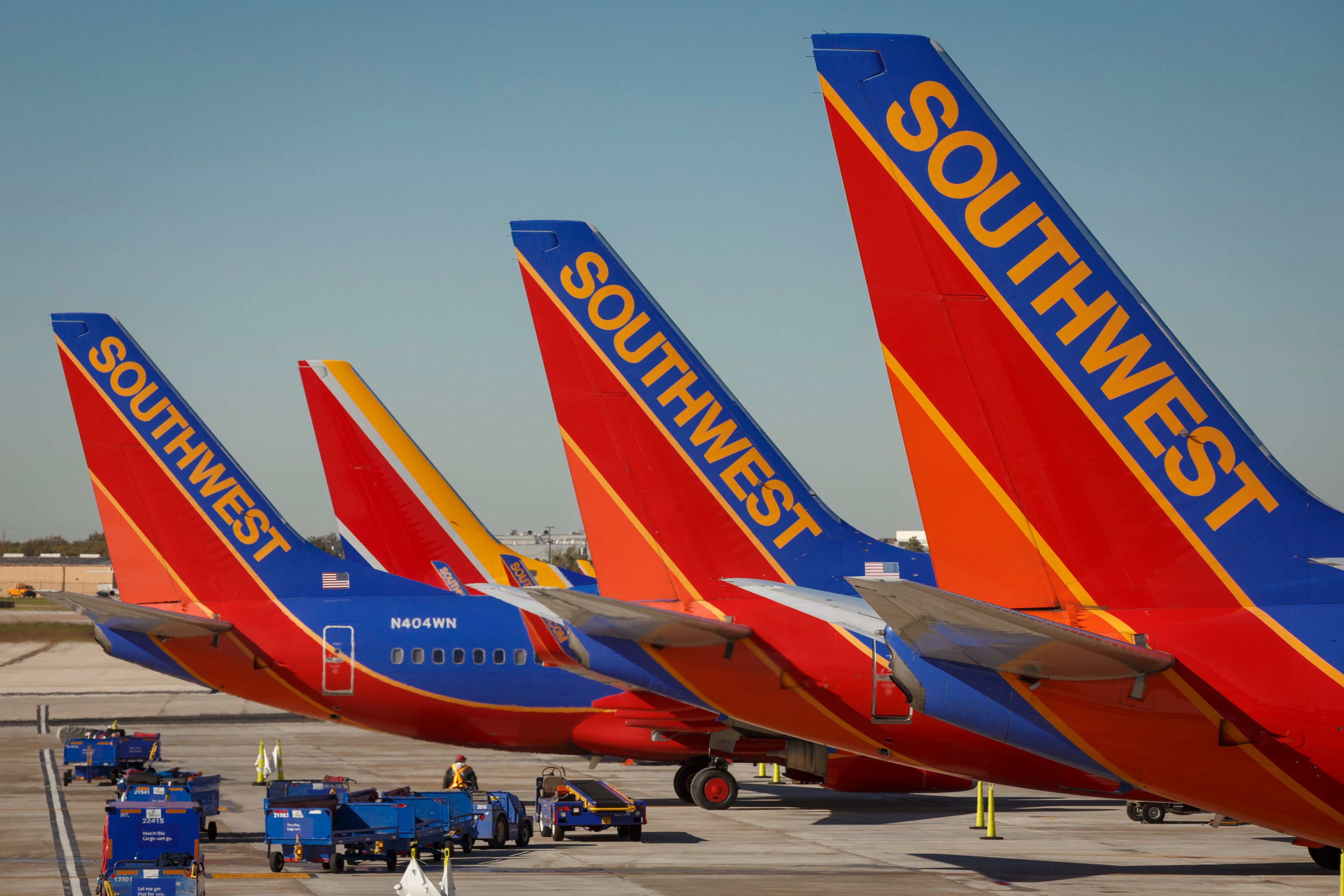 What It Was Like to Be on Southwest's Airlift From Closed Houston Airport
This post contains references to products from one or more of our advertisers. We may receive compensation when you click on links to those products. Terms apply to the offers listed on this page. For an explanation of our Advertising Policy, visit this page.
Sign up for our daily newsletter

Due to the catastrophic flooding in Houston due to Hurricane Harvey, both of the city's major airports are closed, in addition to nine smaller airports in the region. While Houston's Intercontinental (IAH) airport is still scheduled to reopen at noon Central Time Monday, Hobby (HOU) airport sustained flooding on runways and isn't expected to reopen until Wednesday morning. (Update: IAH reopening has been pushed back to Thursday afternoon)

However, with roads flooded around Hobby trapping passengers at the airport, extreme measures needed to be taken Sunday night. When water receded enough from one runway and inspections were complete to deem it fit for use, Southwest airlifted 486 customers and an undisclosed number of Southwest employees from the closed Hobby airport to its hub at Dallas Love Field (DAL).

We reached out to one of the passengers on one of the flights, Leah Chapman, who provided a riveting account of her experience, along with her husband Phillip Chapman:

Our flight from Hobby to Love Field was supposed to depart at 8:05 PM on Saturday evening. Southwest kept putting off the departure hoping that we could get out that night even if it was quite late. Eventually around midnight they canceled the flight and the pilots came out and personally told passengers that it was not safe to fly in these conditions.

I was helping an elderly Jamaican lady contact her son in Oklahoma City when a Southwest employee came to her directly telling her they wanted her on an emergency flight. When I inquired about the flight he told me to get my husband (to) follow immediately. We grabbed our things and were part of the first group to recheck our luggage, go through TSA screenings, and board the first plane.

There were some interesting things about this flight. Everything was manual. We received hand written boarding passes on paper and carbon. The took down our names and DOB on a yellow legal pad while standing in line at TSA. They also seemed to have a special system to get everyone's checked luggage where it needed to go (whether staying in Dallas or going elsewhere once safely in Dallas).

Then the pilots had to fill out paperwork while we were waiting to depart to be able legally fly us to Dallas. Finally, they had to manually calculate the weight of the plane to balance before we could safely depart. The crew said that this flight was going to be different than normal. They said they would land us at an FBO [Fixed Base Operator] and then bus us over to the main terminal. So when we landed in Dallas (...) we were provided with food and water on the buses.

According to a statement from Southwest Airlines to The Points Guy, the Hobby evacuees stayed in Dallas hotels overnight Sunday night. Any customers who were bound for other destinations were rebooked on flights Monday. (The Chapmans were among those with a final destination in Dallas — they were trying to get home after a vacation to Belize.)

When there was still speculation about whether or not the runways were clear, one Twitter user provided this humorous (and yes, obviously fake) depiction of what might have been required to operate the flights:

Thankfully it seems that Southwest's other 737s are on high enough ground not to be threatened by the flooding. Note that fake photos are circling around the internet showing aircraft underwater. These photos originate from a report of what flooding at LaGuardia could look like due to rising sea levels. No confirmed reports from IAH or HOU have depicted any flooded aircraft.

A huge thank you to Leah Chapman for the firsthand account of the experience!