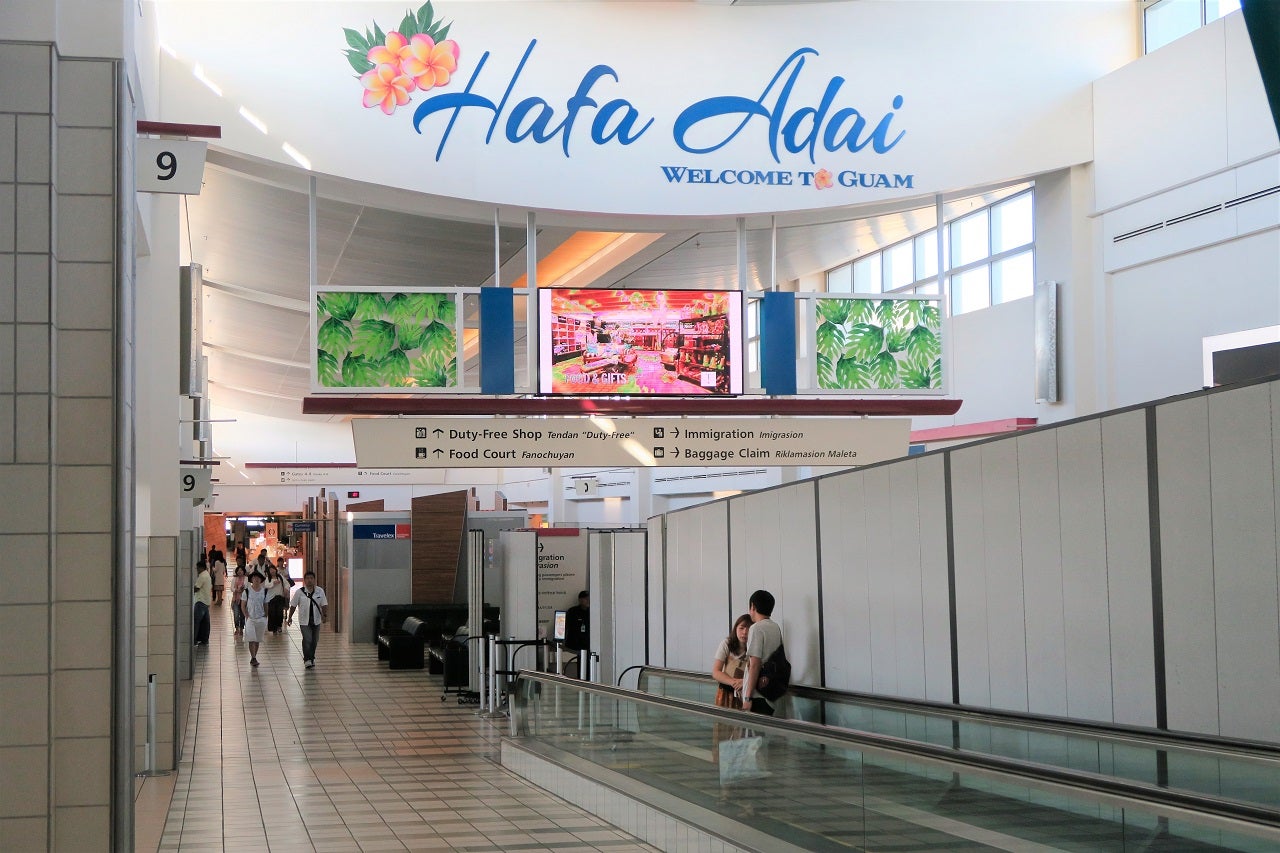 North Korea's Nuclear Threats Aren't Fazing Anybody at the Guam Airport
This post contains references to products from one or more of our advertisers. We may receive compensation when you click on links to those products. Terms apply to the offers listed on this page. For an explanation of our Advertising Policy, visit this page.

I am about to arrive in what is — if you go by news reports in the US media — perhaps the most dangerous place in the world right now. But the other 160 passengers on my full United Airlines flight from Nagoya, Japan, to Guam do not seem to be scared off by the news. The Boeing 737-800 is packed solid with Japanese tourists — there are just four English-speaking passengers on the flight — and we left behind standby passengers at the gate. No one among my fellow passengers seems to be freaking out about the threat that North Korean missiles might strike this key Pacific US territory.

As it turns out, this flight wasn't the only full flight into Guam (GUM) after the nuclear-armed North Korean regime made its threats to the American military base in the island public. After our original NGO-GUM flight was cancelled due to Typhoon Naru, Katie and I were rebooked on this next-available flight four days later. TPG's Zach Honig also happened to be booked on a flight into Guam shortly after the North Korean threats were made. His Hong Kong (HKG) to GUM United flight was also packed, and he arrived at a sold-out Hyatt Regency Guam.

The attitude on the island can be briefly summed up by the headline of Guam's local Pacific Sunday News: "Life Goes On."

After arriving in a bustling arrivals hall on Friday evening, we would return to the airport often. Saturday, we flew from GUM to Saipan (SPN). No one at the United check-in counter looked desperate to get on any flight leaving the island, and our plane took off with empty seats.

Sunday, we returned from SPN to GUM on a nearly-full flight. The fellow passengers we chatted with shrugged off the threats and were either returning home to Guam or to heading down to the largest of the Northern Mariana Islands for work, or to see friends and family.

Monday, we arrived for our Island Hopper flight at a nearly-deserted drop-off area. The eerie emptiness was not a sign of anything untoward: anyone taking this as ominous just needed to check the departures board. United's banked departures from its island hub leave wide gaps in between flight times, and Guam's geographic location creates a natural gap in midday flights for other airlines.

If it weren't for the TVs in the airport showing CNN's fear-inducing "Breaking News" stories and alarmist on-screen graphics about North Korea, there would be no sign inside Guam International Airport that there was anything to be concerned about. There are no temporary signs about what to do in case of attack. Everything seems utterly normal.

"The readiness level hasn't increased at the Guam bases," a US Army recruiter stationed on Guam tells me on the Island Hopper. "This war of words hasn't changed the intelligence on the threat to the island." He goes on to explain how the wild boars and snakes on Guam pose more of a danger to US service members on the island than North Korean missiles.

Confident in tests he's seen of ground-based defenses shooting mortar rounds out of the air, he has no concern that the military's network of sea-to-air and ground-to-air defenses would protect Guam in the unlikely chance that North Korea actually fired missiles at the strategic US territory.

United is taking this calmly, too. "We’re flying the same schedule we were flying before any of this was in the headlines," the airline's Guam Managing Director, Sam Shinohara, told TPG's Zach Honig. "We haven’t canceled one flight or made any change to our business operations. From what we’re seeing we haven’t seen a [customer] cancellation rate that’s above normal."

Indeed, United has recently issued travel waivers for threats from tropical storms, airport worker strikes and even bad weather in NYC, yet the threat of a nuclear attack on one of its hubs doesn't carry enough weight to justify a waiver.

Here's hoping that it stays that way.