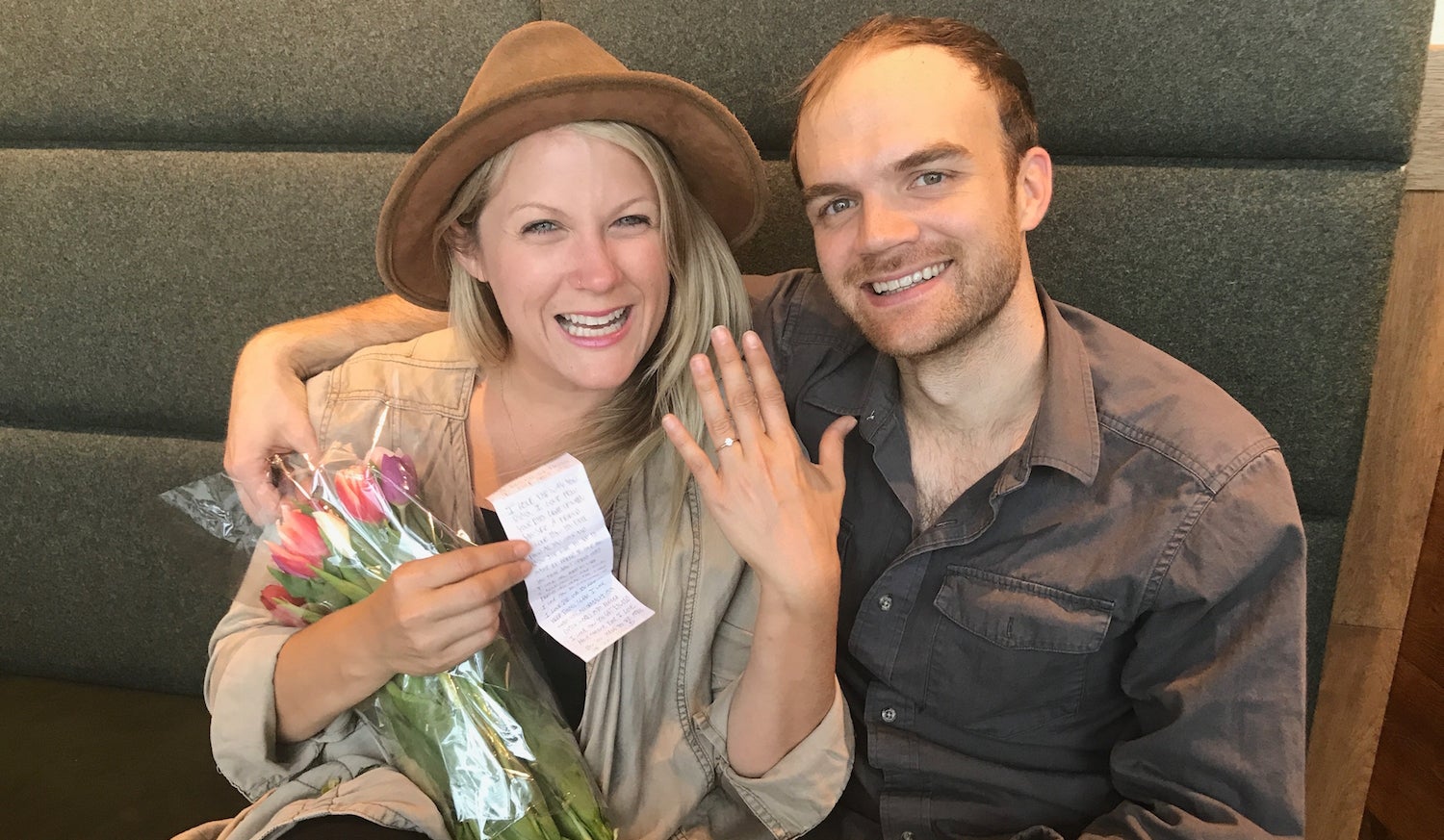 The Ultimate Proposal Spot: An Amsterdam Airport Starbucks?
This post contains references to products from one or more of our advertisers. We may receive compensation when you click on links to those products. Terms apply to the offers listed on this page. For an explanation of our Advertising Policy, visit this page.

Every couple has that one “spot” that holds a special place in the history of their romance. For Austin Mann and Esther Havens, it’s the Starbucks at Amsterdam Airport Schiphol (AMS). Yes, the very same coffee kiosk where bleary-eyed travelers down shots of espresso before catching a connecting flight is where the couple first started to fall in love... and where Mann popped the question.

Why an airport Starbucks? Both Mann and Havens are lucky enough to make their careers as travel photographers, working largely with nonprofit organizations in developing countries. While the upside is that they make a living traveling the world, the rub is that they frequently find themselves on opposites sides of the globe.

When Mann and Havens first met in Waco, Texas, in 2008, they bonded over their shared interests and became fast friends — nothing more. But a few years later, while making his way through Amsterdam’s airport, Mann realized that Havens would be there in just a few days, so he decided to have a little fun: he left her a note at the airport Starbucks, and texted her clues so she could track it down. Shortly thereafter, the two began dating and used the familiar site of airport Starbucks around the world to keep their romance going. Mann began leaving notes at the brand’s airport coffee shops around the world, making a note each time of where it was so that he could text Havens clues the next time she was passing through, whether it was Los Angeles or New Delhi, often taping them underneath a table or tucking them into a seat cushion. Sometimes, he'd order her favorite drink and have it there waiting for her. In turn, she left notes for him, too.

So when Mann decided to propose to Havens last year after six years of dating, he knew exactly where he wanted to do it: the same Starbucks where he left her that very first note.

But pulling it off was no easy task. Knowing that Havens was scheduled to arrive in Amsterdam from Tanzania around 7:00am, Mann scheduled a flight that would get him there at least an hour earlier. Havens’ sister, Anna, flew in from LA to witness the event, as did her mother and several other members of her family, who were in Holland at the time. He then got the baristas involved, giving them his iPhone 7 Plus to record his proposal.

Suddenly, Mann got a text from Havens that said she was on the opposite side of security, and wouldn’t be able to reach “their” Starbucks. So he improvised and ran to the center of the airport, where he planned to get down on one knee and do it right there. Then, he got another text that Havens had indeed made it past security and was on her way to pick up the note, so Mann and Havens’ family high-tailed it back to Starbucks. Havens arrived at the kiosk and took a seat at her favorite table, where a note was waiting and directed her to the coffee bar, where a special drink would be waiting for her. Instead, there was man — with a bouquet of flowers in one hand and an engagement ring in the other. When everyone in the shop cheered, she realized they were all in on the plan.

My fiancé ❤️God is so good! I've been in Holland for 4 days and still can't get over the story that took place here. I am so so grateful for all of your shared joy and tears. Thank you for your texts, messages, phone calls and so so many comments. I am still trying to read all of them. We were so blown away at your response to our story. I leave this country tomorrow with a beautiful ring on my finger from the man I love with all my heart and could not be happier. ????

The couple has yet to set a date, but has no plans to end their love note-passing ritual.

Do you have a romantic travel story? Tell us about it in the comments, below.