5 Foods You Must Try on a Trip to New Delhi, India 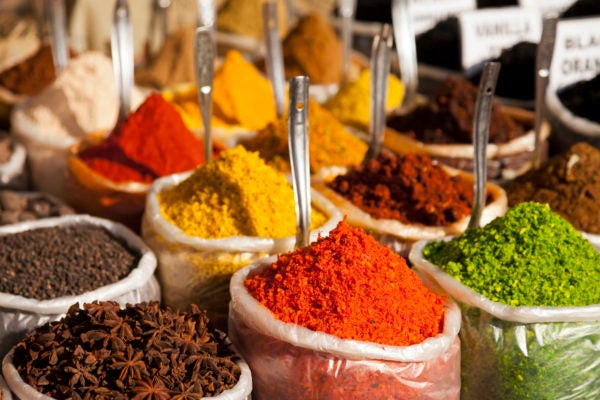 If you believe that the way to a city's heart is through its food, you're in for quite a love affair! While Michelin Star restaurants may be opening all over India's capital city, some of the country's best dishes date back to the Mughal Empire, circa 17th century. The true beauty — and taste — of New Delhi's food lies in its rich history and diversity — there's something for everyone, and it's all delicious. Here are five authentic dishes to try on your next trip to the City of Djinns.

Richer and spicier than it's cousin, the pulao or pilaf, biryani varieties extend to vegetarian and even betel leaf flavored for the more discerning palate. Some of New Delhi's best are called Moradabai (named for a town in Northern India), Calcutta (this one has potatoes and is less spicy) and Pakistani biryani. My personal favorite is the kathal or jackfruit biryani, which can be found in Café Lota at the National Crafts Museum.

Because nothing says New Delhi like a plate of piping hot kebabs paired with mint and coriander chutney. Originally from the Middle East, this grilled meat — we even have vegetarian options — is a staple often enjoyed with Old Monk dark rum. The most famous kebabs from this ever-expanding range are reshmi (with yoghurt-marinated meat), paneer (made with cottage cheese) and shammi (minced meat and lentils). The best in the city are served at Karim's Hotel, a 1913 establishment whose founder's forefathers were cooks in the royal Mughal court — you may have to share a table with your fellow patrons.

It's rich, it's creamy, it's sinful and it's brilliant. This yogurt-and-spice marinated chicken dressed in thick, creamy, tomato gravy is often eaten with oven-baked naan bread. Nearly every North Indian restaurant in New Delhi serves a decent version of this Punjabi dish, but the original one can be found at Moti Mahal Restaurant in Daryaganj.

Tibetan steamed dumplings are Delhi's biggest street food — and source of envy! Make a trip to Romeo's stall in New Delhi's Majnu-ka-tilla (muhjnoo-kaa-teelaa) neighborhood for some authentic Tibetan delights. Served with stock, momos are often best enjoyed in the winter, and can be found at Rigo Restaurant and Dolma House, two of the most well-known momos spots in town.

Literally meaning savory snack, chaat is often fried dough with either spicy or tangy sauce, or sometimes both. It often consists of different snack elements, the most popular being aloo chaat (potato), bhel puri chaat (puffed rice, vegetables and tamarind sauce), papri chaat (fried, crispy dough wafer in yoghurt and sauce) and gol gappas chaat (fried wheat balls with potato stuffing dipped in spiced water). The most popular chaats in New Delhi can be found in the Bengali Market or at Haldiram's.

Pro Tip: Chaat is often enjoyed on the go or while standing next to the stall you bought it from.

What are your favorite foods to try in India? Tell us about them, below.