Family Kicked off Delta Flight for Not Giving up Child's Seat

Articles
Emily McNutt is The Points Guy's Global News Editor and is based in London.
Follow
May 04, 2017
•
5 min read 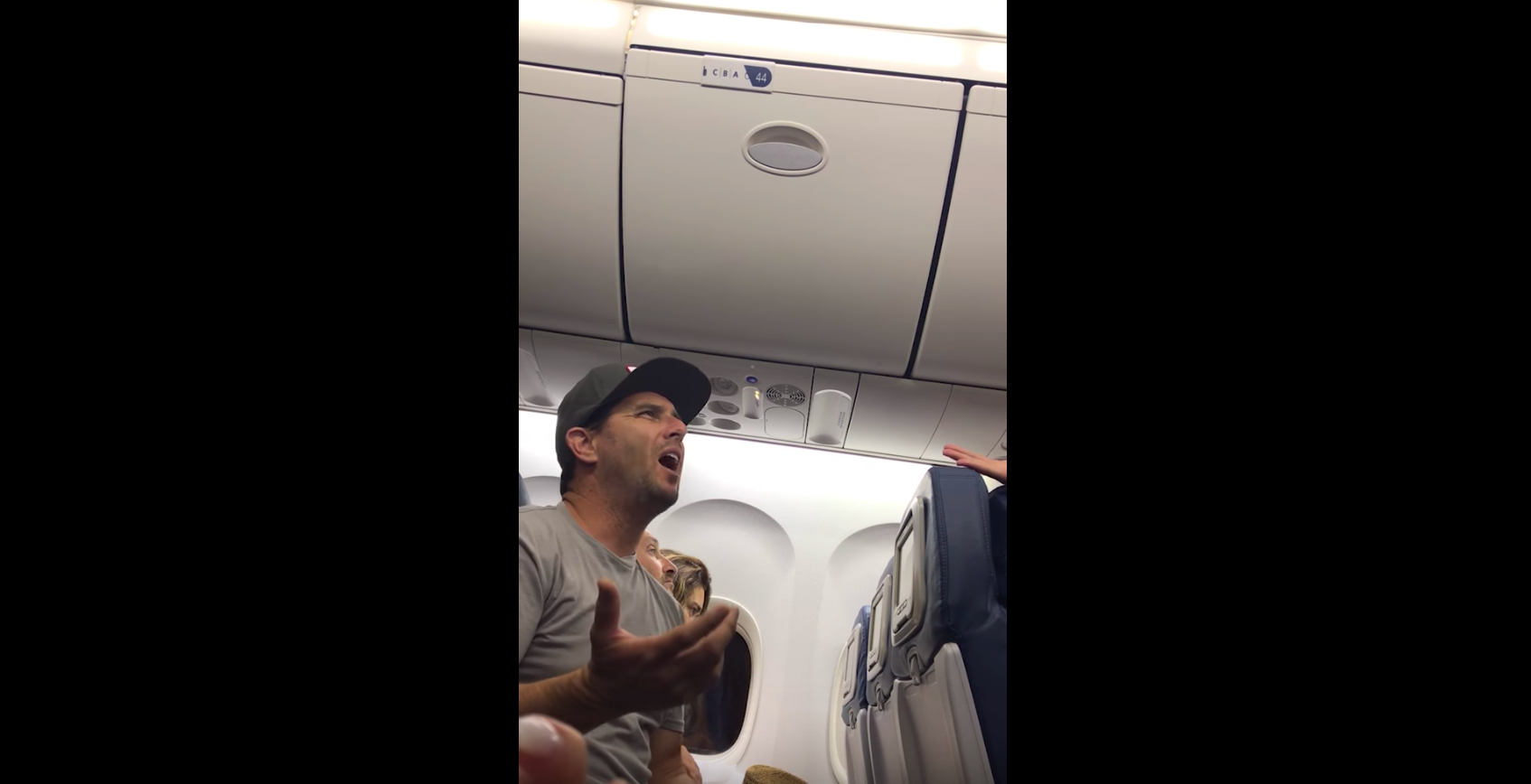 Family Kicked off Delta Flight for Not Giving up Child's Seat
This post contains references to products from one or more of our advertisers. We may receive compensation when you click on links to those products. Terms apply to the offers listed on this page. For an explanation of our Advertising Policy, visit this page.

As if the past month couldn't get any worse for US airlines when it comes to passenger relations, Delta's in the news again with another overbooking incident that sounds pretty similar to #BumpGate. A Southern California family said they were kicked off Delta Air Lines Flight 2222 from Maui (OGG) to Los Angeles (LAX) when they refused to give up their son's seat for another passenger.

According to KABC Los Angeles, the Schear family was asked to hold their two-year-old son on their lap so his seat could go to another passenger on the overbooked flight. When the parents refused, Delta staff reportedly threatened to send the two adults to jail. Brian Schear, the boy's father, recalls a Delta employee telling him that if he and his wife went to jail, their kids would be taken from them.

The couple filmed the entire incident and posted the video on YouTube:

The Schear family was traveling home from vacation and bought four seats — one for each adult, one for their 18-year-old son, Mason, and the last for one of their other children (1 and 2 years old). When the family decided to send Mason home on a flight the day before, they planned to seat their 2-year-old in a carseat in the seat they'd originally bought for Mason.

Delta's argument in the situation was that because the flight was overbooked and the passenger who the seat was originally booked for wasn't occupying the seat, the family had to give it up. The Schear family argued that because they had purchased the seat, it was theirs to do whatever they want with. Brian Schear says that his young son was able to fly in the car seat on the flight out to Hawaii without any problem. He also said that Delta knew that he was planning to use Mason's seat for his younger son on the return flight, but the problem still escalated. However, it seems extremely odd to us here at TPG that a Delta agent would allow that change to happen — there is a process and a cost associated with changing the name on a reservation. Airline tickets are non-transferrable, which would suggest that the Schears were wrong in this situation. If they wanted to be sure that their younger son could sit in the seat, they would have needed to have gone through Delta's process of changing the name.

Eventually, Schear says that he agreed to have his son sit on his lap for the flight, but it was too late and the airline said the whole family had to leave the plane at around midnight. They ended up having to find a hotel room for the four of them and reportedly had to pay $2,000 for another flight the next day on United.

There are some confusing details about this story. First, Delta's policy allows children under the age of 2 to fly as a lap child for no charge, which the family had presumably planned for their 1-year-old, as the 2-year-old would be over the age limit. So, it's unclear why the airline wanted the 2-year-old to sit on one of the parent's laps when the 1-year-old could have been the more obvious choice to move seats. In addition, Delta's recommendation differs a bit from its policy, reading, "For kids under the age of two, we recommend you purchase a seat on the aircraft and use an approved child safety seat." So, by that measure, the family was doing everything right.

But, in the eyes of Delta, the family booked four seats and only three checked in (the 1-year-old was presumably the lap child and didn't have her own reservation). Therefore, there was a no show and Delta could board one of the passengers who was waiting in the terminal because the flight was overbooked. And, the Delta employee in the video can be heard giving misinformation to the family, such as when they say, "With him being two, he cannot sit in the car seat. He has to sit in your arms the whole time." But, Delta's policy doesn't say that — it states that children older than 2 cannot be lap children without a ticket.

Ultimately, Delta Flight 2222 was delayed about an hour because of the issue. We've reached out to Delta for a comment but have yet to hear back.

As Brian Schear can be seen in the video protesting, this problem stemmed from the fact that the flight was overbooked. This incident comes just a few weeks after the United #BumpGate incident, which sparked national outrage and debate over the overselling of flights. Since the incident, Delta and United have changed their policies to up the amount of compensation offered for volunteers, and Southwest has said that it will soon end overbooking altogether.