Articles
Zach Honig is Editor-at-Large at TPG, with contributions ranging from articles digging deep on loyalty programs and credit cards to delivery flight coverage to drone photography and much more.
Follow
May 16, 2017
•
8 min read 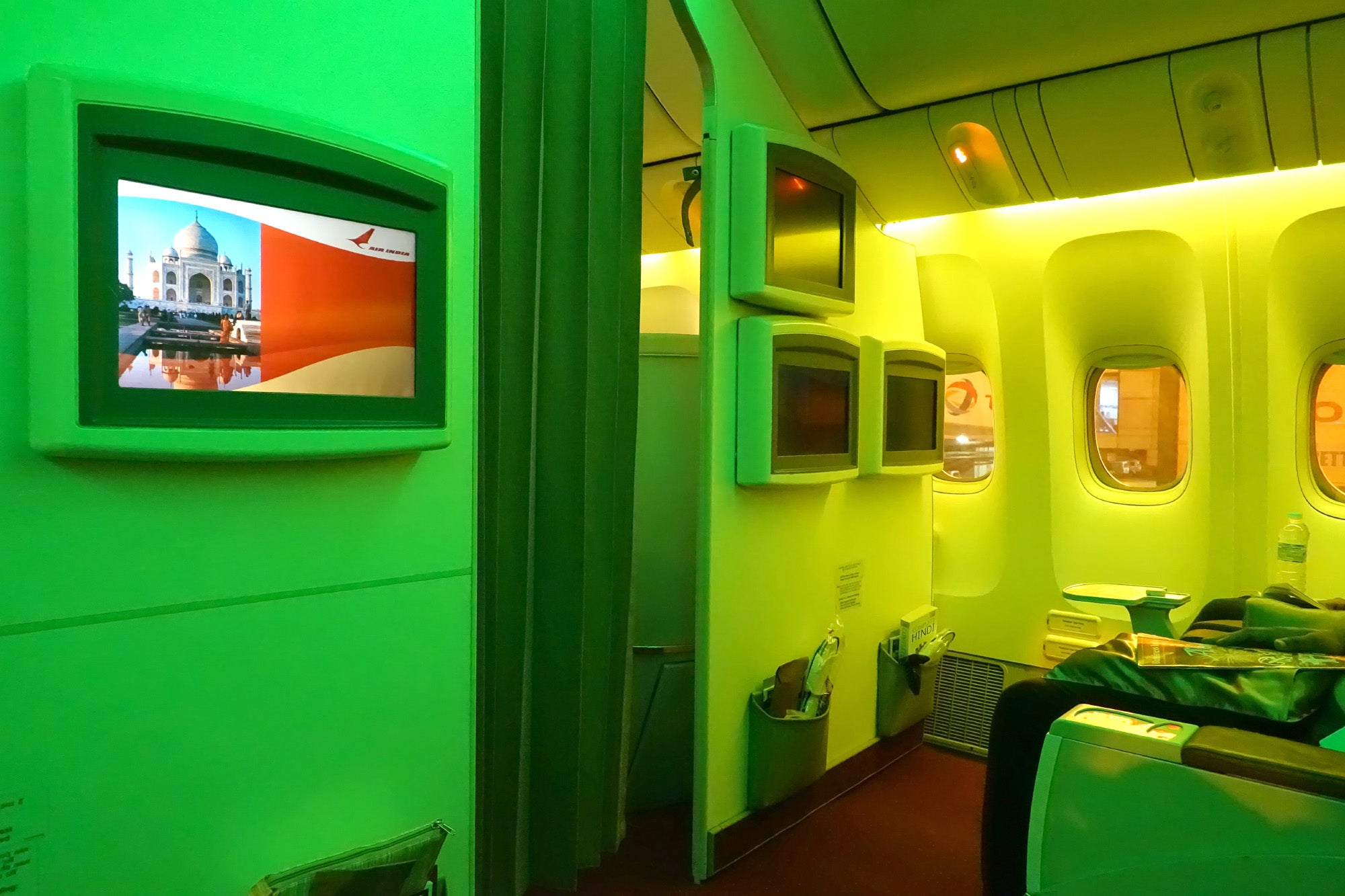 20 Things I Hated About My Air India Business-Class Flight to NYC
This post contains references to products from one or more of our advertisers. We may receive compensation when you click on links to those products. Terms apply to the offers listed on this page. For an explanation of our Advertising Policy, visit this page.

I know, that headline sounds pretty harsh... but this was a rough flight. Not so much the turbulence (though there was plenty of that); Air India's business-class product is decades behind the competition, and not something I could imagine having been happy flying even way back when it was brand new.

Although it sure looks special in this legendary Air India ad:

So, joking aside, why in the world did I redeem 80,000 precious United MileagePlus miles to fly business class on Air India? Like many of us who haven't had the same in-flight experience over the past few weeks, I have the electronics ban to blame.

But what sense does that make? Air India isn't affected by the electronics ban... except that it is. Passengers traveling from India to the US who have booked flights on Emirates, Etihad and Qatar in the past (for cheaper fares and a far better in-flight experience) are now looking elsewhere following the ban, since you can still bring a laptop on board nonstop flights from other cities, like Delhi (an Air India hub).

In fact, according to the airline, bookings have doubled since the ban went into effect — Air India has even cited the ban as the reason behind its recent decision to expand US service. And while Air India's 787 business class seems half-decent, I haven't heard great things about the airline's 777-300ER business class, and there aren't any recent reviews to speak of, either.

So, since apparently many more people — business travelers, especially — have been booking Air India to the US recently, I figured now was as good a time as any to give it a try.

My full review is coming soon, but I wanted to share some initial impressions while they're still fresh in my mind. So without further ado, here are 20 (yes, TWENTY) things I hated about yesterday's Air India business-class flight to New York-JFK.

1. Air India made me sick. And no, not air sick. I spent much of yesterday in agony after stuffing my face with the airline's 5:00am "lunch" service. I don't think it was food poisoning, necessarily, but I've never had issues with Indian food on other airlines. The food actually tasted pretty good, so I didn't hold back. Big mistake.

2. There wasn't any healthy food. This is an issue on other airlines, too, but almost everything on the menu (and off the menu) had a significant fat component... each dish was very caloric.

3. No menus until the end of the flight. The first two meals were a surprise... an Indian meat "snack" at 3:00am Delhi time and "breakfast" served on-demand halfway through (oddly, I wasn't even offered my pick of breakfast entree, even though at least two options were available). The "lunch" served at 4:00am New York time was the first that came along with a menu.

4. There was no drink list. This might sound fairly minor, but liquor is important to many premium-cabin travelers — and while a cart did appear for the final pre-landing meal, the rest of the flight was by request, so you really needed to know what to order. I asked about the wine selection and was offered a choice of "white or red." When I pushed for more details about which white wines were available, the flight attendant's response was something along the lines of "an Indian white and... another white." That's not tremendously helpful.

5. The entertainment system was at least a decade old. Air India offers on-demand entertainment, but the system is terribly sluggish, the content is very limited (there were just 10 "English" new releases) and the image quality is poor at best.

6. My IFE kept freezing. I frequently ended up with a blank white screen, and needed the system to be reset — it took at least 20 minutes to come back online.

7. The remote was broken, too. Like, physically broken. Check out the screen below. It also stopped working a half dozen times during the flight, which meant I couldn't press the flight attendant call button or turn on (or off) my overhead light — or select/play/pause content, since the IFE monitor wasn't a touchscreen.

8. The air show didn't work. And not just for me — it seemed to be down for everyone on the plane. For the first time in several years, I had no idea where we were in the world, though fortunately one of the content screens offered a time-to-arrival countdown.

9. My power outlet was broken. Because why not? I could have watched movies on my laptop, but the battery wouldn't have gotten me through more than two films or a few TV shows.

11. My seat was very uncomfortable. As if being stuck in the middle wasn't bad enough, the fact that I couldn't get comfortable while sitting upright, reclined or lying flat didn't help the situation one bit.

12. There wasn't any storage. I picked a bulkhead row for us, which didn't help, but seats in the other rows had very little storage space, too. I ended up keeping loose items in a plastic bag tucked into the tiny bulkhead pocket. I had even considered storing things in my shoes. Yeah, it was that bad.

13. This is how Air India repairs broken seats. Yeah, with tape. At the airline's main hub, even (where mechanics could have easily completed repairs between flights).

14. The controls weren't clearly labeled. I have experience with many airplane seats, and I had trouble figuring out how to make even basic adjustments.

15. And some didn't work. I needed to press the lie-flat button just to get my seat to recline a bit.

16. The seat was filthy. Check out that towel. That's what it looked like after wiping down my seat. Enough said.

17. The seat divider was even dirtier. I think this picture of my sister's response says it all:

18. The bathroom was a mess, too. While flight attendants on US-based airlines aren't known to touch up the lav during a long-haul flight, many international airlines do. But not Air India.

19. Award redemptions are a "cluster." I wasn't able to see availability on this flight on United or Aeroplan's site, but a United supervisor was able to confirm space after working at it for 30 minutes or so. Some of Air India's other flights show up online, and seem easy for agents to track down, so there must be something wacky going on with the US nonstops specifically.

20. My mom and sister were flying with me. I loved having them on the flight, but I really felt like I let them down, especially considering this was the end to an otherwise fantastic trip that included a long-haul flight on Qatar's A350 and five nights in an overwater villa at the St. Regis Maldives. Sorry guys!

All that said, there were some things I liked about the flight. The cabin was kept cool (and there were overhead vents), the comforter was comfortable, there was plenty of food (too much, even), the amenity kit was unique (it included a full bar of soap, which... isn't something you'd use on a plane) and we arrived — safely — almost 30 minutes early. But would I fly Air India's 777-300ER again? NO. No no no no no. No! No. NO.

Stay tuned for the full review... it's sure to be a hoot.