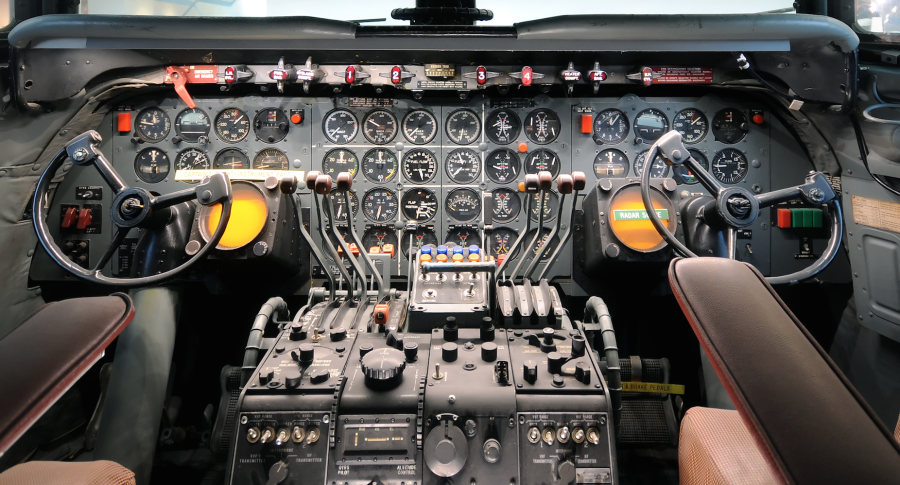 In a horrible turn of already tragic events, it appears that Tuesday's crash of Germanwings Flight 4U9525 over a remote, snow-bound stretch of the French Alps may have been intentionally caused by its 28-year-old co-pilot, Andreas Lubitz. All 144 passengers and six crew aboard the Airbus A320 were killed.

After recovering one of the black box voice recorders from the plane's wreckage and listening to its contents, French military investigators and prosecutors have pieced together the events immediately preceding the crash. The as yet unnamed pilot, a 10-year veteran with 6,000 hours' experience with Airbus A320s, asked Lubitz to take control of the plane and left the cockpit, presumably to use the lavatory. When he tried to re-enter, he found the door locked and began knocking on it lightly; when he received no answer from Lubitz, he began to knock harder, eventually trying to smash the door down.

Meanwhile, Lubitz, seated at the controls, started a descent. This drop in altitude over isolated, mountainous terrain, far shy of the Barcelona flight's final destination in Düsseldorf, prompted air traffic controllers to make repeated but unanswered attempts to contact the aircraft. Passengers could be heard screaming just before the crash, and all aboard apparently died on impact.

Since 9/11, in response to terror threats, cockpit doors have been reinforced to the extent that they can only be opened by pilots and air crew using a special code. However, this code can be over-ridden from the cockpit, so even if the pilot entered the code in the door from the outside, Lubitz would have been able to press a button inside the cockpit that deployed a five-minute over-ride.

Lubitz's personal life is presently under investigation, but as yet, no ties to terrorism, mental health issues or emotional difficulties have been either found or publicly announced. According to Carsten Spohr, CEO of Lufthansa, which owns Germanwings, Lubitz had undergone intensive training, beginning in 2008 as a flight attendant, and "was 100% fit to fly without any caveats." However, Spohr also stated that Lubitz's training was briefly interrupted six years ago, then resumed after "the suitability of the candidate was re-established."

Speculation about Lubitz and Germanwings' first fatal crash continues, and investigation of the two-square-mile, debris-strewn and snow-covered crash site in the French Alps will likely proceed over several months. Theories include cabin depressurization, as in the case of the 2005 crash of Helios Airways Flight 522, where slow air loss aboard the Boeing 737 left its pilots and passengers unconscious for almost an hour before the aircraft ran out of fuel and slammed into a wooded gorge near Athens, Greece, killing all 121 people aboard.

Today, Lufthansa has arranged two flights to Marseille, France—one from Barcelona and one from Düsseldorf —for families and friends of the Germanwings crash victims, who include British schoolchildren, Japanese businessmen, German opera singers, and an American mother and daughter. Both groups will travel on by road to the crash site in the French Alps.