The World's Most Instagrammable Hotel? A Review of The Silo in Cape Town, South Africa 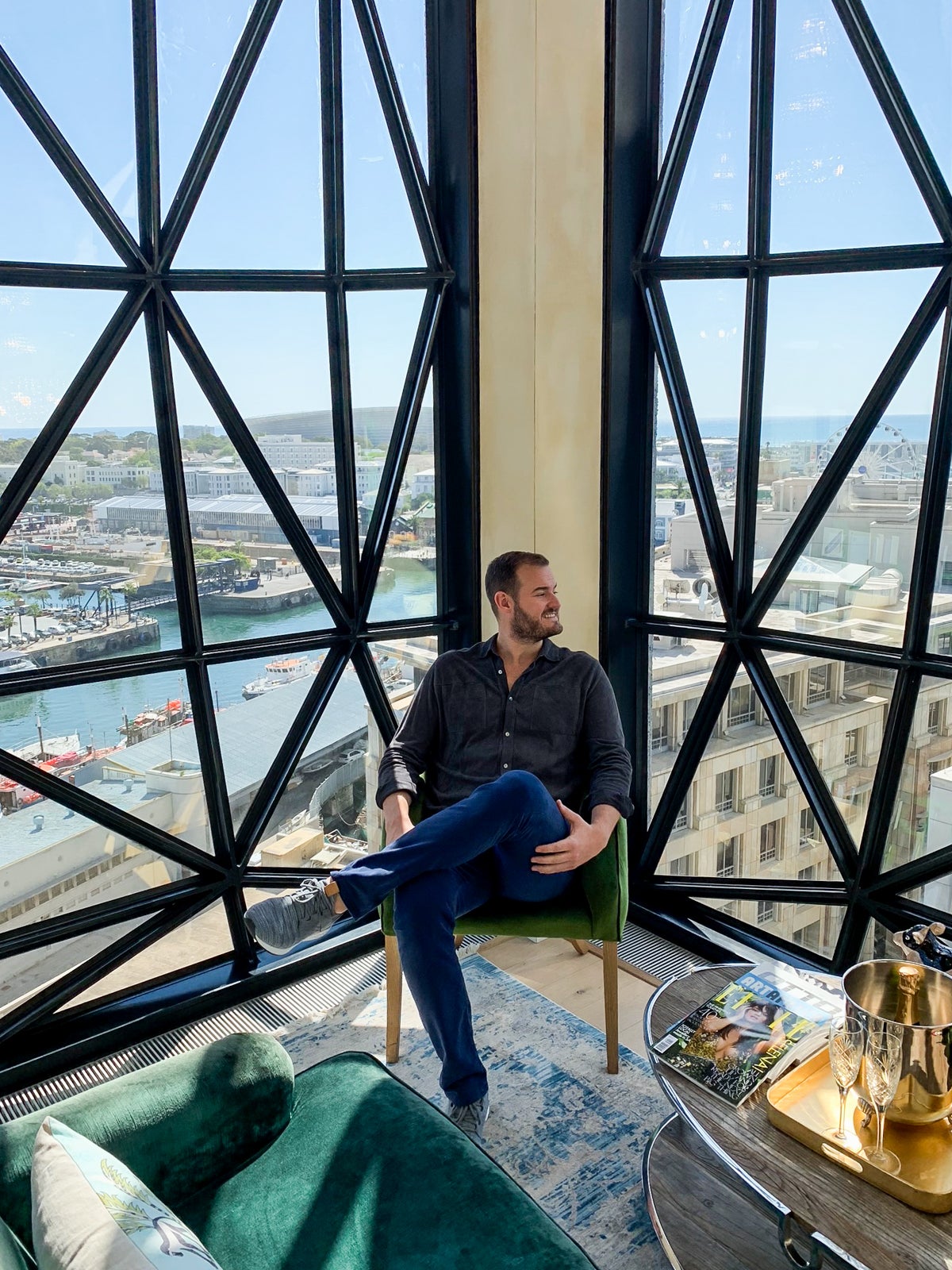 I travel at least once a year to Cape Town, South Africa, and it's become one of my favorite cities in the world. When researching where to stay during a recent trip, I really wanted to try something a little different. I'd previously stayed at spots like the Hilton, the Westin and the Protea North Wharf Hotel, but I'd been hearing a lot about the relatively new (opened 2017), high-design hotel called The Silo -- it looked like it could quite possibly be one of the most Instagrammable hotels in the world.

I’m totally cool with living in a glass house as long as it looks like this ? . . . . #capetown #silohotel #design #genius #thepointsguy #southafrica

As its name (and exterior) would suggest, The Silo began its life in 1924 as a grain silo. In 2017, it was converted into a hotel. While it's not part of a major points chain, The Silo is part of The Royal Portfolio, a group of five luxury hotels across South Africa. The exterior redesign was headed up by Thomas Heatherwick -- the unique, curved windows are one of the hotel's most prominent design features, and the property offers epic views of the city from its rooftop and each of its rooms. Would all that style be backed by any substance? I was excited to find out for myself.

I had a five-night stay at The Silo, and since it's not a member of any major points hotel chains, it was a perfect place to take advantage of the 4th night free perk from my Citi Prestige card (which recently reopened to new applicants). Rates for this hotel certainly weren't cheap, even for Cape Town, which is known to have pricy hotels. I booked the lowest category room for $1,216 per night (the rate included breakfast), and after using the 4th night free benefit, it brought my nightly rate to $973 -- still quite high, given that Cape Town can be a great city for luxury hotel bargain hunters. Given the sky-high rates, this would likely be a one-time splurge -- but I definitely wanted to see what it'd be like.

The hotel is located six floors above the Zeitz MOCAA (Museum of Contemporary Art Africa), which is home to Africa's largest collection of contemporary art. The surrounding area was quiet with views of the V&A waterfront right outside. Although it wasn't located directly on the waterfront, it was still close enough to everything to feel relevant, but not noisy or in an neighborhood that was overly crowded or busy.

Each of the hotel's 28 rooms is individually designed, so no two are exactly alike. I'd booked the lowest room type, the Silo room. In the amazing video tour above you'll see a deluxe superior room, but my 9th-floor Silo room was also pretty amazing, featuring super high ceilings, chandelier lighting, colorful, African-inspired chic decor and, of course, one of those impressive windows.

The bathroom was gorgeous and full of light, once again thanks to those show-stopping floor-to-ceiling windows. The bathtub was located right in front of said window and under a glittering chandelier -- but it was without a stopper. This was due to the water shortage, which had improved over the last year, but The Silo (and its guests) were still doing their part to conserve. Having two sinks was an added bonus, and there was even a small vanity area.

I also had a balcony that looked over the whole waterfront and provided the same stunning views as the windows did. I loved watching moody Cape Town weather roll in and out.

The room also had a small desk and workspace area, and a bold green shelving unit for my belongings, complete with a safe and robes. Before reaching the balcony, there was a small table flanked by two cute armchairs. During my tour of the deluxe room, I realized that shower did not actually pass the TPG shower test, but thankfully, the one in my room did. But I gave the hotel a pass simply because the ceilings were so high -- I never had to duck even once (tall people problems).

The Silo rooftop pool, along with its deck and bar offered unbeatable views of Cape Town's cityscape, Table Mountain and Signal Hill. Of course, those same impressive views seen from the rest of the hotel's special windows and balconies were visible from the roof -- only better. I wish I'd had more time to spend up there.

It was a little crowded as there wasn't a lot of seating by the pool, but it was still a great place to hang out and enjoy a drink with my parents. There was also a bar that was inside and downstairs called the Willaston bar -- it was also a stylish space for cocktails. Enjoying a fancy drink there was an alternative if the rooftop was full. Once again, you got to take in the views thanks to those awesome windows. I did head down one evening to grab a drink at the bar at about 11pm, but unfortunately it was already closed. So, a front desk agent hopped behind the bar to make us a drink.

Although I found the room service menu to be limited, I did order eggs Benedict and a fruit smoothie one morning to my room -- they were fine, but unremarkable.

Service and staff was consistently wonderful -- I found no fault there. Besides the gym and sauna, the hotel also had The Silo spa. If only I had time to sample the 24K Gold facial ($180) which came highly recommend by staff -- next time I suppose.

I enjoyed my stay at The Silo, and appreciated that the hotel put an emphasis on both luxury and design while never sacrificing comfort. However, the prices were extremely high (and you can't use points). Although the hotel was beautiful, I don't think I can justify staying spending so much money per night, especially in Cape Town, where I could stay at a different luxury property for less than half of the price I paid at the Silo. So, if you don't have an unlimited stash of cash, stay at one of Cape Town's many points properties and come to The Silo to visit the museum below and then make a reservation for cocktails on the roof to enjoy the fabulous views -- and get that perfect shot for Instagram.