Priority Pass at the World's Busiest Airport: A Review of The Club at ATL 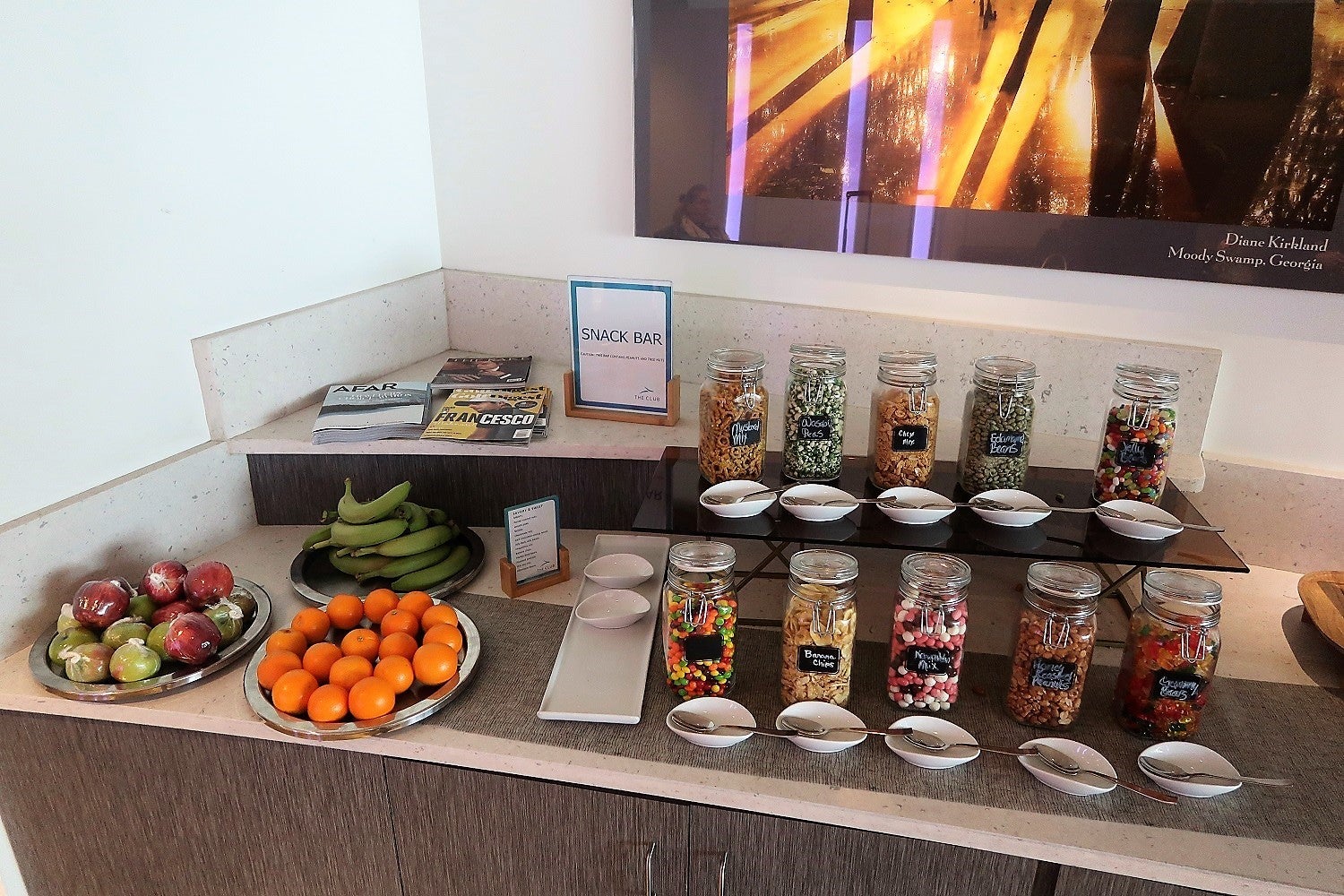 The Club at ATL is located in ATL's International Terminal, which is also known as Concourse F. Once in Concourse F, go up to the elevated mezzanine level in the circular hall after security checks. You'll find the lounge next to the interfaith chapel.

If you're arriving at or departing from a different concourse, you can access Concourse F by riding the train or walking between concourses using the underground walkway. All of them are connected post-security and you'll emerge from the underground train area into the main hall of Concourse F, which handles most of ATL's international flights.

But a premium-cabin ticket or elite status isn't necessary to access the lounge, which is open from 6am to 10:30pm daily. Indeed, Priority Pass, Lounge Club, Lounge Key and Diners Club International members all have access. So I could have used the Priority Pass that came as a benefit of my Citi Prestige Card or The Platinum Card® from American Express (enrollment required) (on which I'm an authorized user). Alternatively, my husband, JT, could have used any of his three Priority Pass cards, including one he received as a benefit of the Chase Sapphire Reserve.

At the entrance of the lounge is a roped-off area for premium passengers departing on flights operated by select airlines. This area remained crowded during our time in the lounge but was certainly less crowded than the rest of the lounge. This area has its own food buffet, but you'll need to enter the main lounge for restrooms, showers and the bar. There are various types of seats in this area, but only some have access to power outlets.

You'll enter the main part of the lounge if you walk past the roped-off area. There are many types of seating in the large room and large windows that overlook some of ATL's taxiways and runways. The seating isn't plush, but it's comfortable enough and supportive. There's a snack bar on the left side of the windows and a larger food buffet on the right side of the windows.

To the right, at the far end of the room, is a smaller room with a few chairs, a couple of desks and two desktop computers.

The lounge's maximum occupancy is stated at 362 people. But, I see no possible way for the lounge to seat this many people as the lounge felt very crowded with approximately 200 people. In addition to the crowds, there was an insufficient number of power outlets at all seats. The lounge was loud, and noise carried easily.

Magazines are provided at the front desk and at the end of the buffet in the area for premium customers. Wi-Fi is provided and placards with the password are located throughout the lounge. The Wi-Fi was barely usable though at 66 ms ping, 4.16 Mbps download and 0.4 Mbps upload.

To sign up for a shower, inform the check-in desk agent that you'd like to be added to the list. You'll be paged over the intercom when a shower is ready. Even though the lounge was crowded, I only needed to wait about 30 minutes to be called. The shower rooms are personal and there's a bench for you to sit on.

Fresh towels and a hair dryer are provided. There's also a toilet in the shower room.

In the shower, there's a wall-mounted shower head as well as a handheld shower head. Containers with shampoo, conditioner and body wash are mounted on the wall. The shower experience isn't luxurious, but it's still nice to have access to a shower.

The lounge's main food buffet is at the far end of the main lounge area. This buffet contains broccoli-and-cheese soup, a salad bar, sandwiches and cookies. The offerings are okay as a snack, but I wouldn't plan on making a meal out of your lounge visit.

Next to the buffet is a soda machine, hot and cold tea, a refrigerator with water bottles and an out-of-order coffee machine.

There's also a snack area in the lounge that has various snacks in large jars, orange-infused juice and hot water for tea. I tried the banana chips but found them to be stale.

The main highlight for many passengers seems to be the large, well-stocked bar.

In the roped-off area for premium passengers and elites that are departing on flights operated by select airlines, one friendly attendant was tasked with taking drink orders, delivering drinks, replenishing food and removing used service items. This man always seemed to be hustling, but was friendly -- and when JT and I asked him for drinks, he provided good suggestions and returned with our drinks in under four minutes.

If you don't have access to an airline lounge but you have a Priority Pass membership, The Club at ATL will be your only option in Atlanta unless you want to take a nap at Minute Suites. If you're mainly visiting the lounge for a drink or two, this lounge will suit your needs well. But the lounge tends to get crowded, has limited access to power outlets and many of the tables are awkwardly small for multiple people to use at once -- so it's often not a good lounge for working. And, the lounge might be underwhelming if you're getting ready to depart in business or first class on the airlines that use this lounge for their premium customers.

Is this lounge one of the top nine Priority Pass lounges in the world? Unless you highly value a well-stocked, staffed bar, no. The crowded seating areas, busy bathrooms and snack food simply doesn't compare to other top Priority Pass lounges. This being said, The Club at ATL is certainly better than sitting in the terminal, has quality alcoholic drinks and has a friendly lounge attendant staffing the area for premium customers on select airlines.

Related stories
Here are the best Black Friday travel deals of 2022
Great deal: Book business class tickets at premium economy prices with this Avianca LifeMiles sale
Holiday gift guide: TPG’s 22 travel-friendly picks for 2022
Vail Resorts lift-ticket sales capped; buy your Epic Pass by Dec. 4
Featured image by Photo by Katie Genter/The Points Guy.
Editorial disclaimer: Opinions expressed here are the author’s alone, not those of any bank, credit card issuer, airline or hotel chain, and have not been reviewed, approved or otherwise endorsed by any of these entities.