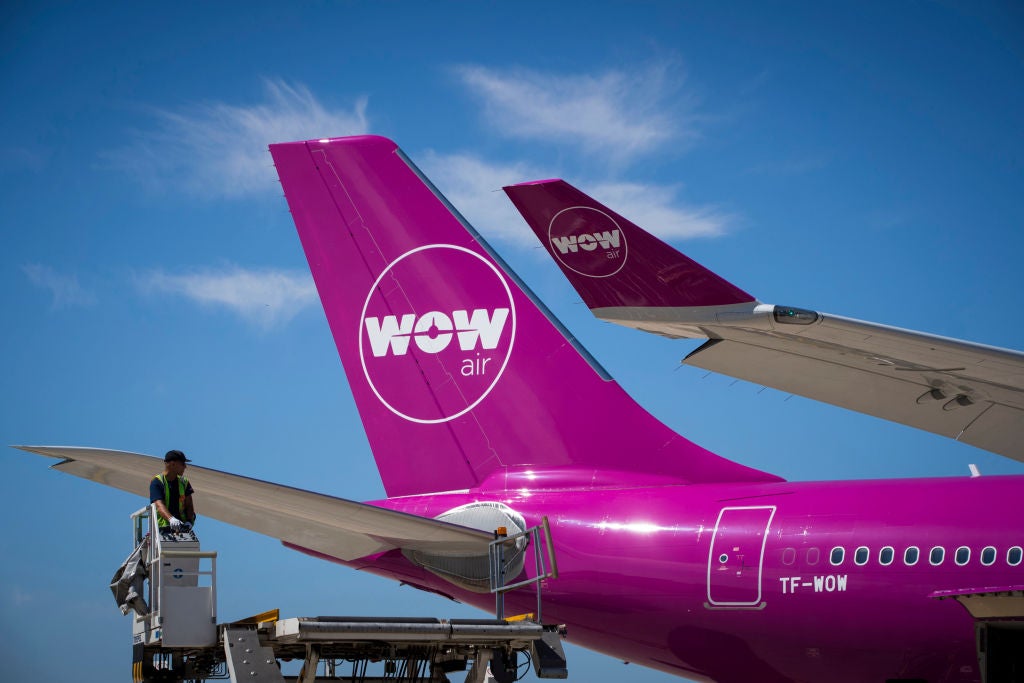 Another Investor Drops Wow Air Deal -- Here's What Passengers Should Know
This post contains references to products from one or more of our advertisers. We may receive compensation when you click on links to those products. Terms apply to the offers listed on this page. For an explanation of our Advertising Policy, visit this page.

Wow Air announced Thursday that a badly needed investment from Indigo Partners has been canceled, putting the airline ever closer to financial ruin. After a rapid expansion from 2015 to 2018, the ultra-low-cost carrier has been cutting routes and selling aircraft in order to keep its operations afloat. [Update, 3/28/2019: WOW Air has ceased operations. Find our ongoing coverage of WOW Air's collapse, and what affected passengers can do about it, here.]

Last fall, it started looking for investors to purchase or invest in the Icelandic airline in order to keep its operation running and find a path toward profitability. It entered negotiations with Icelandair in November, but the two airlines were not able to reach a deal. Then Indigo Partners, a private equity firm run by budget airline veteran Bill Franke and owner of Frontier Airlines, entered the picture and started negotiations to take a 49% stake in Wow.

Wow announced that those talks fell through yesterday and that it has now entered a new round of negotiations with Icelandair.

Wow and Icelandair aim to conclude negotiations by Monday, March 25, 2019. A Financial Times report indicates Icelandair is worried Wow's operation may be completely unsalvageable. The immediacy of the deal may indicate how desperate Wow is to find an investor, and how close the airline is to shutting down.

A lack of demand and a surge in oil prices have put Wow on the path toward financial ruin. Icelandair wanted to buy Wow for $18 million, a massive devaluation of the airline.

Wow continues to sell dirt-cheap flights between the US and Europe, so be aware that if you do book a ticket with the carrier, it's possible the airline could go belly up if this deal doesn't go through. Purchase a flight with a credit card that comes with trip cancellation insurance and consider other third party trip insurance.

If you've already purchased a Wow Air ticket and the carrier ceases operations, you can initiate a chargeback or dispute with the issuer, as TPG's Ethan Steinberg recently advised one of our readers. "I spoke to representatives from both Chase and American Express on the phone," Ethan wrote, "and while they couldn’t confirm the outcome of any such dispute, they said that paying for a service and not receiving it would give you a very strong case and good odds of getting your money back."

You could also be entitled to compensation of up to 600 Euros (~$680) per person under EU 261, the European Union's bill of air passenger rights. The rule requires airlines flying to destinations within the EU to get you to your final destination or refund you the cost of your ticket.

What You Can Do When Your Airline Goes Belly Up

Will My Credit Card Issuer Refund Me If My Airline Goes Bankrupt?