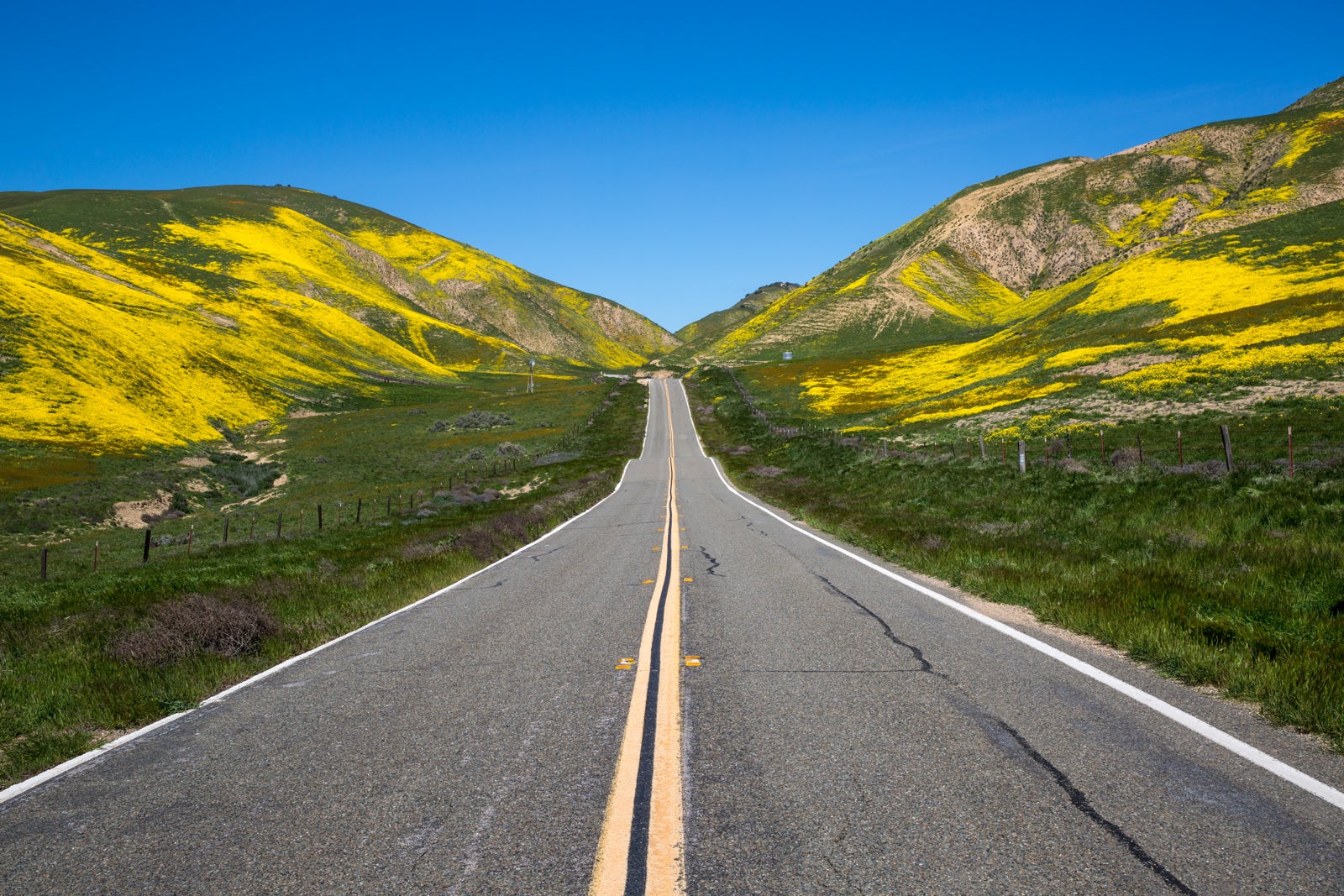 In California, Wildflowers Are Already Blooming Following Wet Winter
This post contains references to products from one or more of our advertisers. We may receive compensation when you click on links to those products. Terms apply to the offers listed on this page. For an explanation of our Advertising Policy, visit this page.

March is right around the corner, and though it’s not quite spring, it is officially wildflower season.

According to DesertUSA — a resource that provides regular wildflower reports — blossoms have been appearing earlier than usual across the region. Some areas are even anticipating full super blooms.

For a super bloom (an exceptionally high proliferation of wildflowers) to occur, there must be unusually heavy rainfall during the late fall, followed by consistent rains throughout the winter. Blooms typically begin appearing in late February or early March and, depending on the location, can continue straight through the summer. The higher the elevation, the later in the season the blooms will appear.

Already, in southern California, the green hills around Lake Elsinore have been transformed by a super bloom of bright orange poppies. According to KABC, a recent bout of heavy rain triggered the wildflower blossoms, which has crowds of visitors pulling off Interstate 15 to admire the colorful fields.

At Diamond Valley Lake, about 24 miles east, experts are expecting a mid-March super bloom of not just California poppies, but also arroyo lupines, Canterbury bells, rancher’s fiddleneck and other wildflowers, following a winter of record-braking rains. On Saturday, March 2, a seasonal wildflower trail encircling the lake will open to the public, the Associated Press reported.

Heavy rains around Palm Springs suggest a forthcoming super bloom in the Coachella Valley, too, while Joshua Tree National Park has already been flowering. "I've lived here in the Coachella Valley for over three decades, and there have been maybe two to four exceptional wildflower years,” a research ecologist at UC Riverside’s Center for Conservation Biology told USA Today. “And this is one of those.”

At Joshua Tree, which straddles the Mojave and Colorado deserts, blooms could last even longer than usual, thanks to recent drop in temperature (read: snowstorm).

Wildflowers have also been blooming around Antelope Valley, Carrizo Plain National Monument and Anza-Borrego State Park, the latter of which is already boasting an impressive display of wildflowers, DesertUSA reported.

Though California's wildflowers tend to attract the most attention, the Golden State is hardly the only place in the nation to see arid desert landscapes erupt with colorful flora come springtime. Wide Open Country is reporting that the spring of 2019 could be one of the best wildflower seasons in a decade, thanks to "above-average" rainfall. Instead of golden Californias poppies, of course, the landscape is expected to electrified by Texas bluebonnets.

Sadly, a super bloom at Death Valley National Park is unlikely this year. It's considered one of the more spectacular wildflower events in the world, thanks to its rarity: the last one occurred in 2016, and before that, 2005.

Whether you're photographing poppies in California, or searching for wildflower blooms elsewhere, remember to be thoughtful and conscientious during your travels. After all, there's no faster way to end a wildflower super bloom than to pick the flowers (or go stomping off the trail).