Why I'm glad airlines are getting rid of seatback entertainment

Articles
Carissa Rawson is a Points and Miles Reporter at TPG, helping readers get to where they need to go, faster (and cheaper). You can find her in your nearest Priority Pass lounge, sipping free coffee and obsessively researching travel.
Oct. 21, 2019
•
4 min read 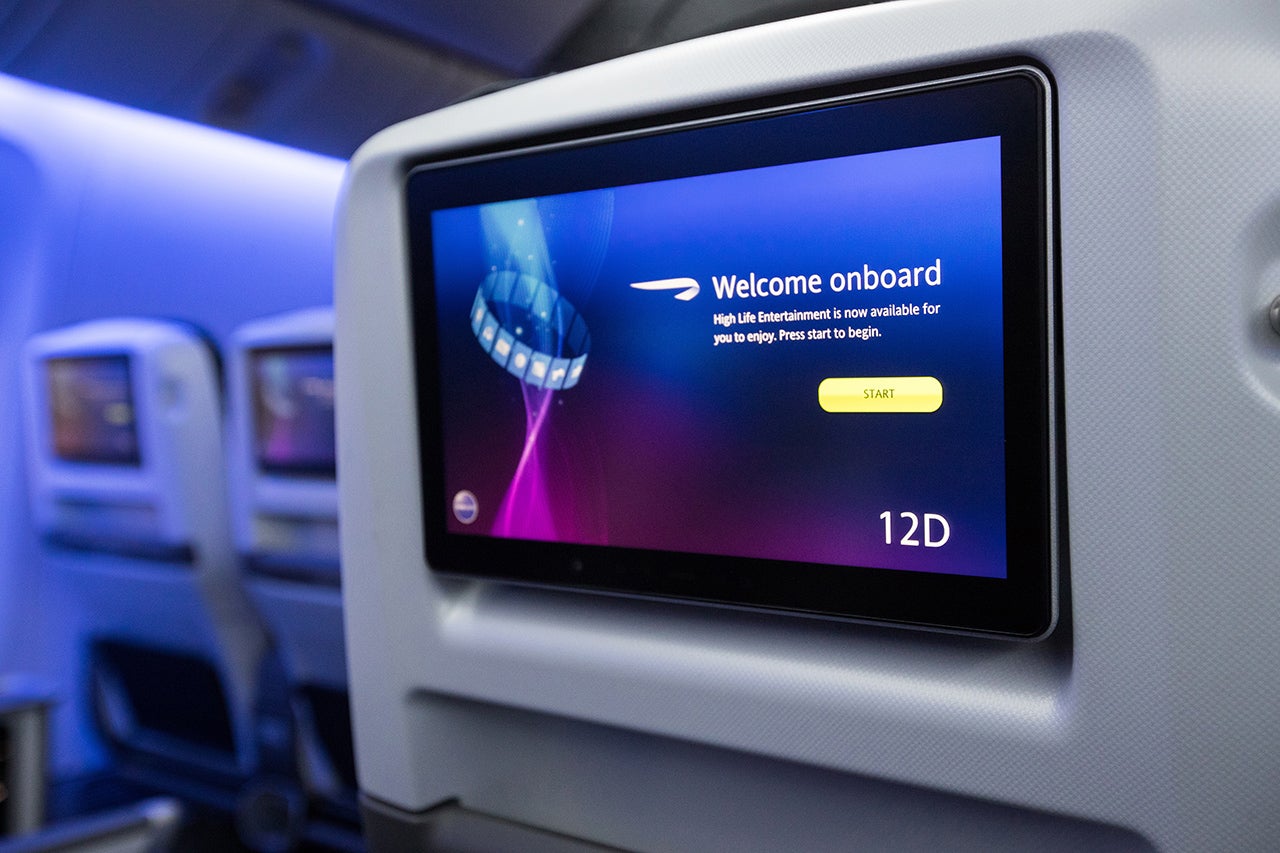 I already know this is an unpopular opinion, but I'm glad that seatback entertainment systems are going the way of the dodo. There are a lot of reasons to keep them but just as many to let them go. Hear me out:

Hands up if you know where airlines keep their inflight entertainment systems. If, like me, you thought they were all in the back of the seat, tucked away unobtrusively, you'd be wrong. Those entertainment systems require tons of cabling, power and weight — there's simply not enough room for them inside a single seatback. Instead, airlines often store inflight entertainment (IFE) systems in boxes located under seats, in that space also known as your legroom. As airlines continue to shoehorn as many seats as possible into their aircraft, I need all the room I can get. The pessimist in me says airlines will simply add more rows of seats as they move to lighter, slimmer seats (without IFE), but at least I can stick my feet under the seat.

Inflight entertainment systems are expensive to install, so when airlines stick one of these screens in the back of a seat, they're leaving them there for a long time. This means that even though the screens are quickly outdated, they're there for years — unresponsive and slow and a pain to operate.

You know what's better than these decade-old systems? Every electronic device I own. My $50 bargain tablet is bigger, faster and has better resolution than these systems. As long as an aircraft is giving me a choice, I'm going to pick my personal items, which — by the way — swivel more than three inches and can still be watched even when the seat in front of me is reclined.

It forces airlines to improve their Wi-Fi

The elimination of IFE is a shameless cash grab by airlines, but I'm OK with it. Why? Because customer backlash has meant that in the absence of seatback entertainment, airlines are being forced to provide alternatives. Sometimes that means tablets passed out to guests, but usually that means better, faster Wi-Fi — for free.

Take, for example, American Airlines, the domestic front-runner in the fight against seatback entertainment. In the last two years, American has added high-speed Wi-Fi to more than 700 of its domestic aircraft. Gone are the days of lagging, slow GoGo. Instead it's been replaced with satellite internet that can maintain speeds, even if the entire aircraft is online.

I used to value my time in the air as downtime, but now that it's more a job than a hobby, I need to stay connected. That means that when I've got a 14-hour traipse across the ocean coming up, I need fast, reliable Wi-Fi. I'm not alone in this: More and more people are hopping on planes to head to work and when they do, they need strong internet that stays live, not six episodes from Season 1 of Parks and Rec. There are still carriers that offer both IFE and Wi-Fi, but for those who have chosen to do away with IFE in many of their planes, the need to equip themselves with streaming options is fierce.

There are reasons to keep IFE systems around, but there are at least as many to get rid of them. Many flyers have come to expect seatback entertainment as a right (especially on long-haul flights), but I'd posit that that once free streaming and free Wi-Fi are offered as universally as the old IFE systems, people will be just as happy. The future is here, and it doesn't include IFE screens.