Why do airline pilots tell us the runway they're landing on?

Articles
Mike Arnot is the founder of Boarding Pass NYC, a New York-based travel brand and a marketing consultant to airlines. A private pilot, he can sometimes be found above the skies of New York City.
Follow
Jan. 11, 2020
•
6 min read 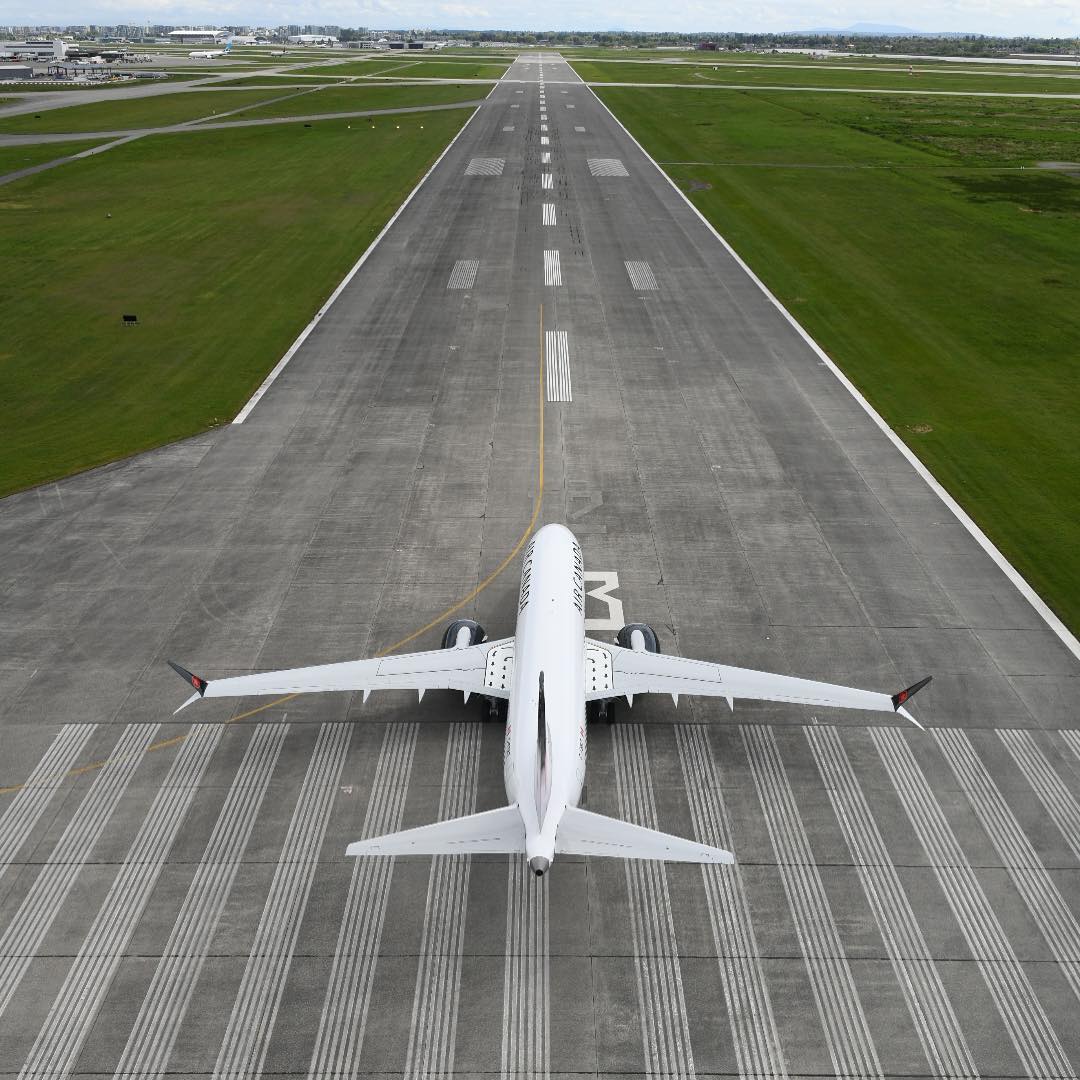 Why do airline pilots tell us the runway they're landing on?
This post contains references to products from one or more of our advertisers. We may receive compensation when you click on links to those products. Terms apply to the offers listed on this page. For an explanation of our Advertising Policy, visit this page.

The captain's voice comes through loud and clear on the intercom, sometimes waking up sleeping passengers.

"Ladies and gentlemen, we're about to begin our descent into JFK. The weather at Kennedy is 33°F, with winds at 12 knots out of the northeast. We'll be landing on runway 4 left. We know you have a choice in your travel, and so we thank you again for flying [airline.]"

Have you ever wondered why the captain tells passengers the weather, wind direction and sometimes the runway on which they'll land? Knowing the weather is somewhat useful to passengers, whether it's raining or snowing or hot or cold.

Announcing the runway in use may not be of particular practical use to passengers, but there's a lot to learn from that information. Wind matters a lot in aviation, after all.

I checked in with Captain Chris Brady, who runs the AvGeek heaven that is the Boeing 737 Technical Site.

Brady was kind enough to send a photo of a recent weather strip on which he took some quick notes — and that goes a long way to explaining why pilots tell us all this stuff about wind and runways. (A weather strip is a list of data, arranged horizontally, about all the aspects of the weather that affect a flight.)

Let's break down the strip.

On the far left of the strip are the letters EGGW. That's the four-letter ICAO identifier for London's Luton Airport. Airports have three- and four-letter codes; passengers typically only see the former, but pilots are familiar with the latter.

Next are the letters ATIS. That stands for "Automatic Terminal Information Service," and it's standard practice around the world. ATIS is a readout of certain specific weather conditions and other such information that is recorded or automated, and read out on a loop. The idea is that anyone who needs to hear the weather in preparation for flight, or landing, can tune into a particular radio frequency, and have it read out for them. The benefit is that the radios don't need to be clogged up with pilots asking for a weather report. You can also call ATIS from the ground and listen to the same readout on the phone.

"ATIS is normally 'read out' by computer in a synthetic voice. For these airports, we still have to tune in the frequency, listen to it and write it down by hand," Brady said. In contrast, Brady said that some airports have "digital ATIS." At these airports, pilots can select "ATIS" on the flight management computer and the aircraft will get the information by datalink, and print it out for them on the flight deck.

Want to hear the synthetic voice for yourself? Click here for a recent ATIS for JFK. (This version is a bit static-filled, but the version heard by pilots is quite clear.)

Next to the letters WX, for "weather," is the time, in 24-hour format: the strips shows 1320 Zulu time, which is coordinated universal time, the standardized time for aviation around the world. The figure “08” is the runway — in Europe and most of the world, this is read as runway "zero eight". In the U.S., the practice is to omit the zero and simply refer to it as "runway eight." The runway number refers to its compass direction.

Next is the wind direction and speed. In this case, it’s from direction 100 degrees true, or approximately from the east. (Magnetic heading is used for the winds in the U.S. on the ATIS and by the control tower; in Europe, where this particular strip is from, true heading is used instead, in an odd quirk.)

Next, the wind speed is 14 knots, followed by the notation "10K" which indicates 10 kilometers of visibility, around 6 miles. (Nice!)

Further to the right on the strip is the temperature, 10 degrees Celsius, and the dew point, 4 degrees Celcius. The closer those two numbers are together, the higher the chance for fog. Lastly is the altimeter setting, 1024 hectopascals of pressure. Explaining that is beyond the scope of this article, but suffice to say all aircraft set their altimeters to whatever reading is read out by the ATIS.

So, why tell passengers?

"When we give the weather report to the passengers, this is what we read from, hence we often include the runway we are landing on," Brady said in an email.

"Most passengers won’t be familiar with the format," another long-haul pilot, who asked to remain anonymous, said in an email. "I also notice how often I end up mentioning visibility or the winds, which are so important to us but not really part of a daily forecast."

A third pilot I spoke with concurred. "Where the winds are coming from is something that pilots sometimes announce, even though it makes little use for passengers," she said. "Mostly it’s for other pilots onboard just for them to 'visualize' the runway we'll use," he said. "And, it's maybe for aviation enthusiasts that fly a lot and kind of enjoy the technical information."

So that explains it!

Mike Arnot is the founder of Boarding Pass NYC, a New York-based travel brand, a pilot and a marketing consultant to airlines, none of which appear in this article.

This story had been updated to indicate that 100 degrees wind is from the east, not the west.

Related stories
Round-trip flights to London from US as low as $346
What are points and miles worth? TPG’s October 2022 monthly valuations
Alaska Mileage Plan top-tier members get intriguing choice of perks for 2023
The newest airline collectible is out: KLM’s 103rd Delftware miniature house