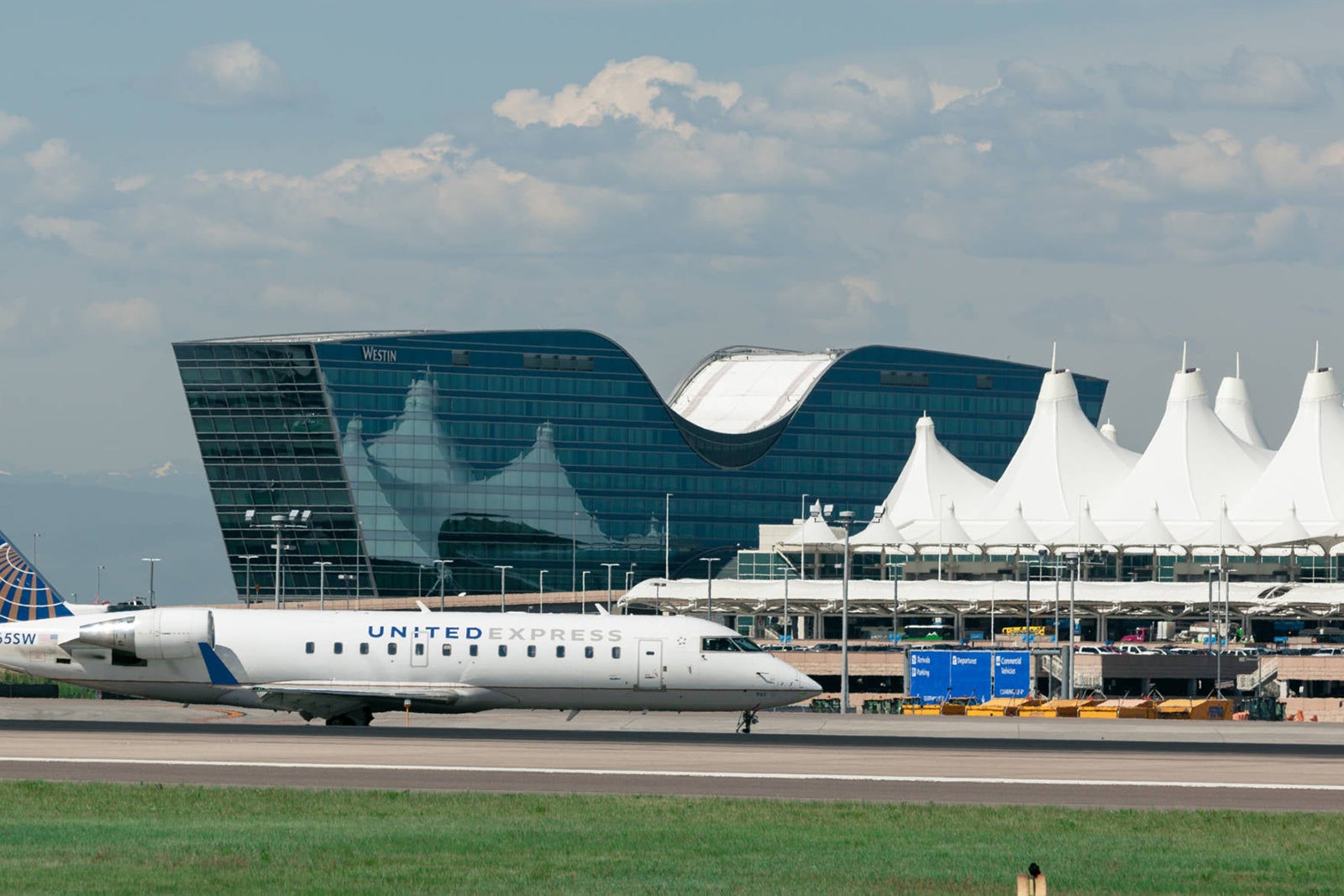 Editor’s note: This post has been updated with new information. Check with each airport on the status of its concessions.

That's a saying I heard regularly when covering tales of U.S. terminals. In the old days, airports — from the best to the worst — were pretty utilitarian, offering no-brand newsstands, snack bars featuring hot dogs on rollers and generic restaurants serving bland meals.

But big changes started happening in the early 2000s as U.S. airlines consolidated and reduced flights from cities.

As a result, airports saw their gate and landing fees cut, meaning they had to find different ways to cover that lost revenue. It led to investing in terminals to entice travelers facing longer waits for flights to spend money on food, beverages and retail.

But the coronavirus pandemic hit airports hard, and hundreds across the country temporarily shut down restaurants, bars and retail stores as passenger numbers plummeted. Some took the time to work on projects and take a fresh look at their offerings for travelers.

Here's what's happening at U.S. airports right now, plus a look at amazing airport services across the world.

If you look at the top five airports by passenger numbers, all of them have done or are doing major construction projects to improve terminals and are overseeing major changes to concessions to improve travelers' experience on the ground.

Atlanta’s Hartsfield-Jackson Airport (ATL) -- one of the world's busiest -- is undergoing its own renaissance with the $7.5 billion (up from $6 billion) ATLNext project, which includes new gates, an expanded security checkpoint, more parking and a new on-site, four-star hotel. One major ongoing project is the construction of five more gates at the north end of Concourse T, scheduled to be completed in December 2022.

The airport has also elevated its food, beverage and retail programs with the award-winning upscale One Flew South restaurant (my personal favorite airport eatery) and luxury storefronts, including Bulgari and the first Sean John clothing store.

Los Angeles International Airport (LAX) is 12 years into its $14 billion capital improvement program, projected to last through 2023. It includes the new Tom Bradley International Terminal (TBIT) and the Great Hall for food and retail that opened in 2013, along with renovations of Terminals 1, 2, 5, 6, 7 and 8.

The opening of the new $1.6 billion 12-gate TBIT Midfield Terminal started in April 2021. The airport has brought in local restaurants, including Pinkberry, Border Cafe and Trejo’s Tacos, along with retailers such as Book Soup and Fred Segal.

Chicago O’Hare (ORD) is overseeing the $8.5 billion O’Hare 21 project, which includes a new Terminal 2, a major overhaul and expansion of Terminal 5 (where most of the international airlines are located), the addition of two satellite concourses, new security checkpoints with the latest technology and improved baggage-handling systems. Look for restaurants ranging from celebrity chef Rick Bayless’ Tortas Frontera to Wicker Park Seafood and Sushi Bar. Retailers include Coach and Vosges Haut-Chocolat.

Dallas/Fort Worth International (DFW) is finishing its $2.3 billion terminal improvement program (TRIP), which saw upgrades to Terminals A, B and E, expanded security checkpoints and expanded parking.

The airport has given the green light for a complete upgrade of Terminal C, the only one that hasn't been modernized. The TRIP program introduced revamped food and retailers for travelers, including Dallas-based Cantina Laredo, the iconic Salt Lick BBQ, a Hugo Boss boutique and the beauty store Aveda.

But its plan to build a new $3 billion Terminal F is on hold indefinitely due to a drop in revenue and traffic caused by the COVID-19 pandemic.

These top five airports are not alone when it comes to creating a better passenger experience. Many among the top 25 are either overseeing construction projects or are bringing in new concessions designed to keep travelers spending money in terminals.

And I'm living proof it's a strategy that can inspire repeat customers.

Growing up as an Air Force brat, I took my first flight from New York-JFK to London Heathrow (LHR) on Pan Am when I was 6, and I've been traveling ever since. I’ve always had a fascination with airports and started covering the industry in-depth for Aviation Daily in 2006.

Since then, I’ve visited dozens of airports worldwide and have a keen sense of what works — and what doesn’t — for travelers.

Is there time for a swim before you board your flight? If you're at the VIP Lounge in Terminal B at Punta Cana International Airport (PUJ), there is!

TPG's executive editor, Scott Mayerowitz, and his family got to do this thanks to the Priority Pass Select membership that comes with The Platinum Card® from American Express (you can also get in with your Chase Sapphire Reserve card). Enrollment is required.

If airline food doesn't work for you, why not indulge in a meal at I Love Paris in Charles de Gaulle Airport (CDG) in Terminal 2? The restaurant, open to passengers flying to the U.S. and Asia, is overseen by chef Guy Martin (whose restaurants have several Michelin stars) and serves classic French fare.

As a tea lover, I wish the Harrods Tea Room had been open when I traveled through Doha's Hamad International Airport (DOH) back in 2014. Customers can enjoy all the treats you'd expect at the original Harrods Food Halls in London, including a curated selection of teas and pastries, along with an old-fashioned ice cream parlor.

Are you traveling with your dog through Japan's Osaka International Airport (ITM)? Then you must check out the premium pet relief station, located in the airport’s pickup and drop-off area, which opened in February 2020. It offers pet owners access to showers, toilets and a drinking area, making it the perfect place to visit between flights.

And if you happen to be departing from Barbados, instead of waiting for your flight in a stuffy airport hold area, you can lounge on the Departure Beach instead. For a mere $25 for adults and $15 for children, you'll get picked up from your hotel, get access to private airline check-in and bag drop facilities and get that sweet beach access, complete with lounge chairs, umbrellas, food and drinks. Access is restricted to travelers who booked a Virgin Holidays trip.

Vino Volo: With more than 30 locations in North America, this wine bar is great when you need a space to work or relax but don’t have access to a lounge. There are tables and a bar with outlets and knowledgeable employees ready to walk you through a world-class wine list.

Hammer Made: Every time I fly through Minneapolis-St. Paul International Airport (MSP), I stop at the men’s store in Terminal 1 to pick up one of the distinctively designed and Italian-styled American-made shirts for my partner. There are also great accessories, including socks, belts and ties.

Daily: If you go for a meal at this restaurant in Newark Liberty International Airport (EWR) at Terminal C, please enjoy it — because you’ll probably never see it again. That’s because the menu changes every single day; the chef shops at local farmers markets and whips up meals based on what he finds.

Cibo Express Gourmet Market: This is not your grandmother’s airport news and gifts shop. These markets sell a wide range of products, including clothing, food, health-conscious snacks, travel accessories, magazines and local artisanal crafts and brands at more than 100 shops in U.S. airports.

One Flew South: The jewel of ATL's Terminal E is this James Beard-nominated restaurant that blends Asian cuisine with upscale Southern cooking. Sample handcrafted cocktails, sushi or Southern dishes with a twist.

Nuts on Clark: It may have nuts in the title, but those flying through Chicago's O'Hare or Midway (MDW) airports know this is the place to buy freshly popped popcorn. I prefer the old-school salted variety, but it also offers cheddar and caramel — and I don’t mind doing mixes.

In June, TSA airport checkpoints screened more than 2 million passengers for the first time since March 2020.

Airlines continue to ramp up flights to new and existing cities to accommodate pent-up travel demand. And airports are working hard to keep up with the evolving travel environment.

So on your next trip, take a look around. Grab a sandwich at Ink.Sack in the Tom Bradley Terminal at LAX. Buy last-minute gifts at the Magic of Disney store at Orlando International Airport (MCO). Enjoy a steak dinner at Elway's at Denver International. Or take a load off at the new Centurion Lounge at New York's LaGuardia Airport (LGA).

Whatever you decide to do, know that airports are ready to serve you with open arms. Just make sure to check your airport's website to ensure your favorite place are back open for business.

Featured image by DENVER INTERNATIONAL AIRPORT
Editorial disclaimer: Opinions expressed here are the author’s alone, not those of any bank, credit card issuer, airline or hotel chain, and have not been reviewed, approved or otherwise endorsed by any of these entities.

Our points-obsessed staff uses a plethora of credit cards on a daily basis. If anyone on our team wouldn’t recommend it to a friend or a family member, we wouldn’t recommend it on The Points Guy either. Our opinions are our own, and have not been reviewed, approved, or endorsed by our advertising partners.
See all best card offers
Related stories
News
Quick Points: Earn 75,000-plus American miles and Loyalty Points in a week with Rocketmiles
Guide
IHG food and beverage rewards are now redeemable at select properties
Guide
How to use and maximize Delta's TakeOff 15 feature to save on Delta award tickets
Guide
Proposal to limit late and overdraft fees: How to avoid them in the 1st place