Which US Airports Are the Worst for Weather Delays?

Articles
Mike Arnot is the founder of Boarding Pass NYC, a New York-based travel brand and a marketing consultant to airlines. A private pilot, he can sometimes be found above the skies of New York City.
Follow
Feb. 18, 2019
•
5 min read 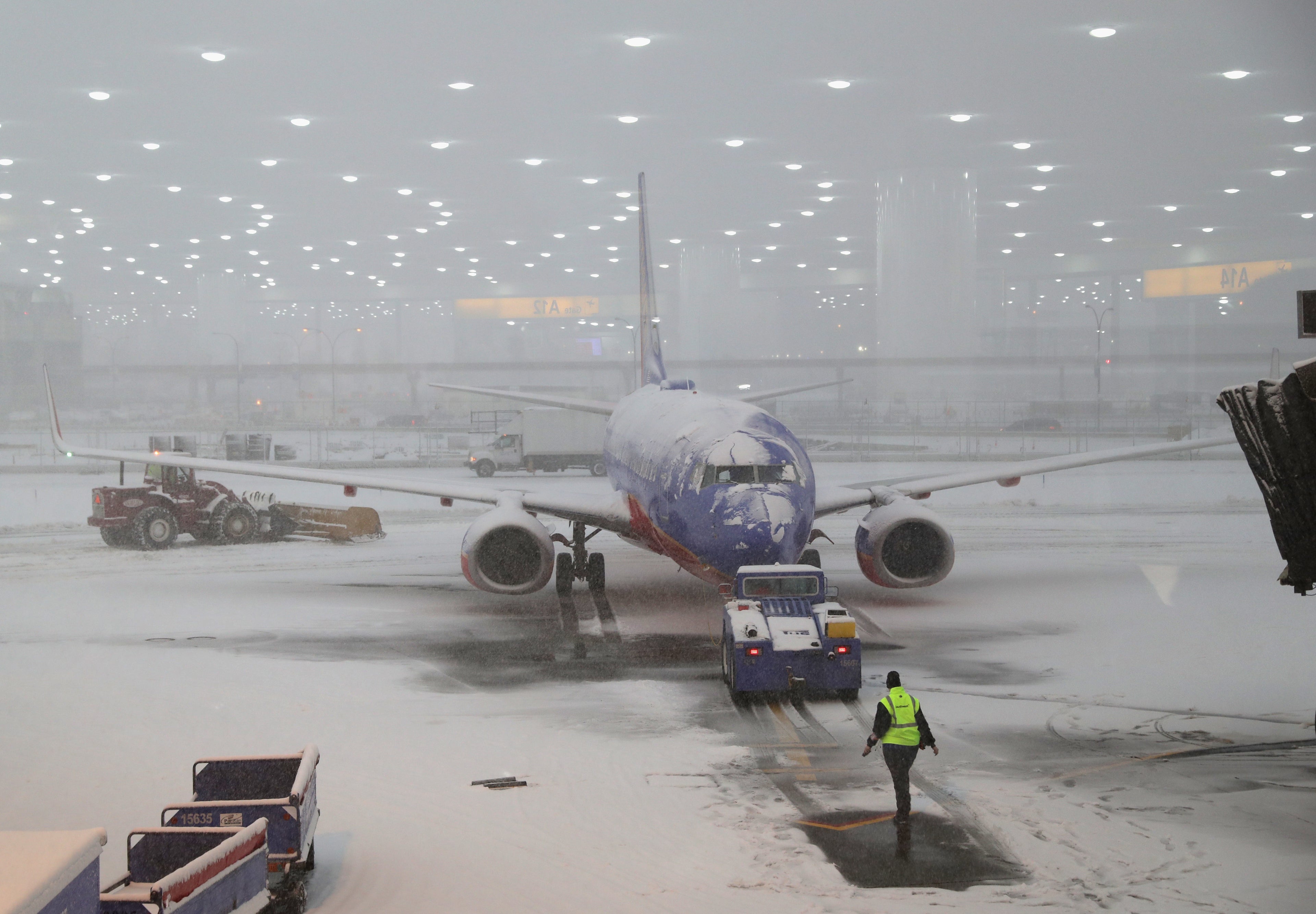 Which US Airports Are the Worst for Weather Delays?
This post contains references to products from one or more of our advertisers. We may receive compensation when you click on links to those products. Terms apply to the offers listed on this page. For an explanation of our Advertising Policy, visit this page.

Winter chills and storms are upon us in the Northern Hemisphere. And in the winter, when you're sitting at the airport terminal waiting to get out, it feels like every flight is delayed.

Good news: that's not the case, and the data backs it up. But some airports are much worse than others.

In 2017, even during the coldest winter months of December, January, February and March, approximately 80% of US flights were on time. This is a slight improvement over 2016, when 77% of flights were on time. Importantly, in the US hub-and-spoke system, flight delays were spread evenly between the smaller regional airports and larger centers. This makes sense, as the hubs pass their delays outward to the network.

The percentage of delays due to extreme weather is going down, in fact, as the table below shows:

Among the data the airline industry is required by regulation to report to the Department of Transportation are on-time arrivals and departures, and the reasons for deviations. Weather delay stats are kept by the Bureau of Transportation Statistics.

The table below provides a proxy for total weather delays, measured in minutes, for the period between October 2017 and October 2018. It includes delays to the National Aviation System that are not strictly weather-related, such as traffic pileups at the major hubs and late-arriving aircraft that may not be due to weather, but it excludes maintenance issues or airline-controlled delays. What we know is that between 50-60% of NAS delays are due to weather — but not extreme weather — and that airline-controlled delays represent less than 5% of the total.

Worst US Airports for Weather Measured in Delay Minutes

Source: Bureau of Transportation Statistics, Weather Delays by Airport for the period from October 2017 to October 2018

ORD: Yeah, You Know Me

As would be expected, Chicago - O'Hare tops the list of airports to avoid in wintertime. This may not be to many flyers. But, when you compare it to ATL (which has around 30,000 more aircraft movements per year, or around 80 more per day) weather is quantifiably more a factor at ORD—the weather is 32% worse, when it comes to causing delays.

Now, ORD has robust deicing operations and nice places to hunker down if even that doesn't work, such as the United Polaris lounge with its à la carte dining, or the American Airlines Flagship First lounge. But because it is such a busy airport, a weather delay ripples through arrivals and departures here like no other. Indeed, Minneapolis, which has bad weather but less traffic, isn't even in the the top 10. Aircraft inbound and outbound at ORD were delayed a total of an equivalent of seven years during the year examined here.

The other usual suspects include LGA, JFK, EWR, BOS and DEN. No real surprises here.

Atlanta shows up on the list as the number two weather-affected airport, largely because of system delays and thunderstorms at ATL itself, and not in the wintertime. It's also Delta's major hub. This makes sense. The same goes for DFW, which is American's major hub, and also affected by so-called convective activity, i.e. summer thunderstorms.

What about SFO? San Francisco is so affected by the weather there is already a pre-written primer on weather delays for the media. SFO has two parallel runways separated by only 750 feet. FAA regulations do not permit aircraft to land side by side in poor weather conditions unless the runways are separated by 4,300 feet. According to SFO, this reduces operations by half during poor weather. And SFO gets plenty of poor weather, namely fog. So, if you think that weather delays are mostly a winter thing and mostly affecting places in the Northeast or Midwest notoriously prone to snowstorms, you're only half right — and the table above proves it.

Related stories
Why (and how) I earned a million Delta SkyMiles in just 6 months
A tale of 2 Amtrak upgrades: Underwhelming food, but impressive NYC lounge
Should you buy hotel or airline elite status?
These are the 15 best cruise gifts for the holidays
Featured image by Getty Images

Our points-obsessed staff uses a plethora of credit cards on a daily basis. If anyone on our team wouldn’t recommend it to a friend or a family member, we wouldn’t recommend it on The Points Guy either. Our opinions are our own, and have not been reviewed, approved, or endorsed by our advertising partners.
See all best card offers
Related stories
News
Why (and how) I earned a million Delta SkyMiles in just 6 months
Reviews
A tale of 2 Amtrak upgrades: Underwhelming food, but impressive NYC lounge
Guide
Should you buy hotel or airline elite status?
Guide
These are the 15 best cruise gifts for the holidays