What's It Like to Raise a Family While Living in a Nice Hotel?

Articles
Jordi Lippe-McGraw is a writer covering travel, family, food and wellness for outlets like Conde Nast Traveler, Travel + Leisure, the New York Times, Forbes, and more. She has traveled to more than 30 countries on all 7 continents (including Antarctica at 5 months pregnant) and is an avid puppy, penguin, and truffle lover.
Follow
Dec. 21, 2018
•
6 min read 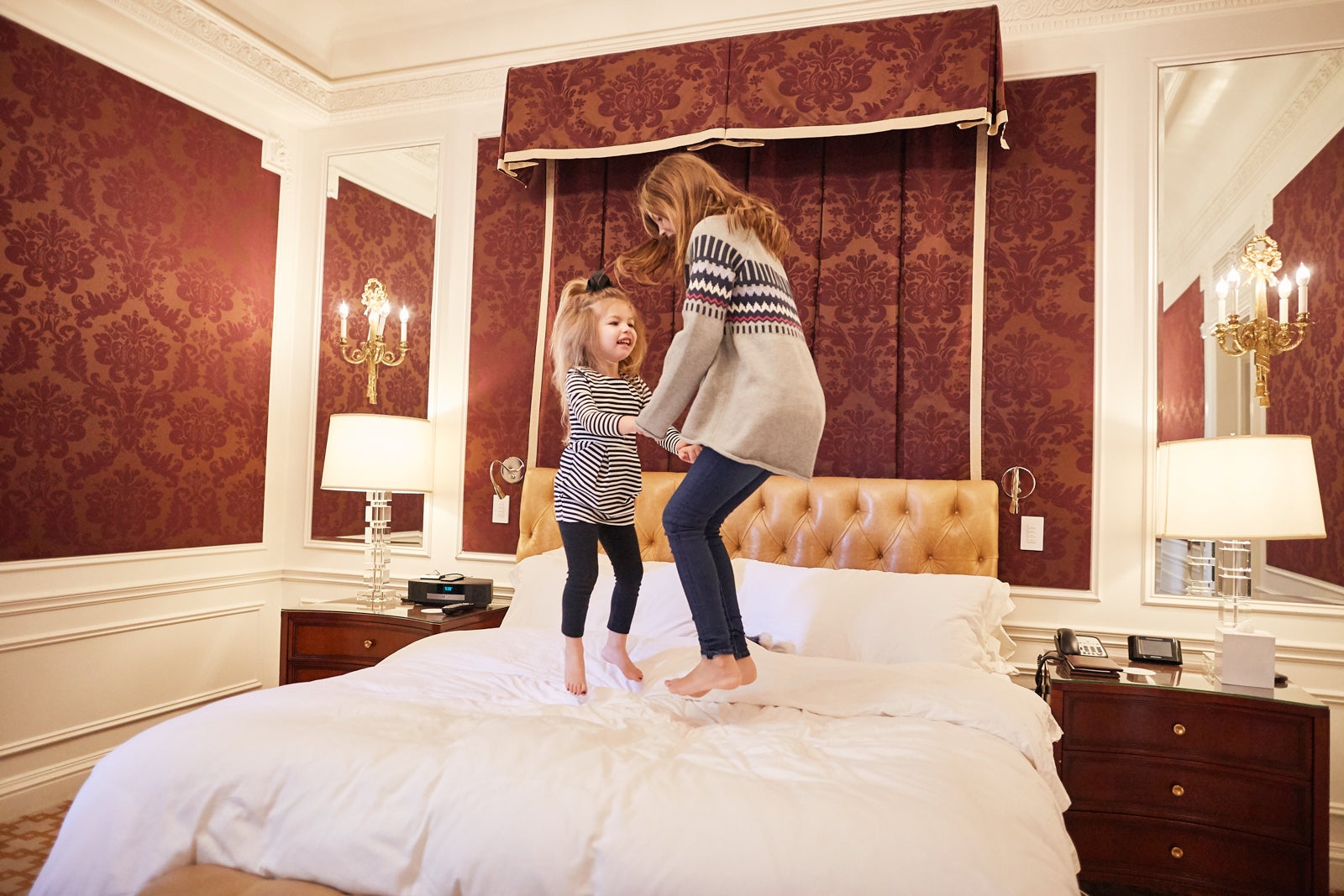 Most of us know the classic story of Eloise who lived in New York City’s famed Plaza Hotel. Fans love following along as the mischievous little girl stirred up some innocent trouble at the luxury property. It all seemed so glamorous and exciting. But does anyone actually live in a nice hotel? Yes, as it turns out, the practice of living in a hotel is pretty common in a variety of scenarios both on the budget- and luxury-end of the spectrum.

Why Live at the Hotel?

At TPG, we actually have our own "digital nomads" who essentially live in a mix of hotels, Airbnb and other accommodations, but hotel general managers are another group who you may also find living in hotels. Some, but not all, hotel general managers reside on-site to save money, be closer to work or have a home base while living in a foreign country on a temporary assignment. “Living at the hotel is an opportunity to learn about a property in extreme detail, being involved with after-hours events and not needing to travel or commute for work,” said Sam El-Rabaa, general manager of Balboa Bay Resort. Andrew Flack, vice president, Regional Marketing and eCommerce, Americas, Hilton, agreed saying, “You really understand the customer experience, and you get to know all the team members very well when living on-site.”

But not only are GMs shacking up at properties around the world, but they’re also bringing their families along — creating a modern-day Eloise scenario. El-Rabaa has lived in four different hotels across the country with his wife and two daughters starting when they were just 6 months and 5-years-old. Flack called the Parmelia Hilton Perth in Australia home with his wife and 6-year-old daughter. And Peter Strebel, president at Omni Hotels & Resorts and father to two sons and a daughter, resided at the Omni Berkshire Place in New York with his wife and one teenage son.

“I don’t want to brag, but living in a hotel was pretty fun,” said Strebel. “You get all the perks of, well, staying in a hotel.”

Yes, each family got access to luxury benefits of having regular housekeeping service, a doorman, concierge and room service. “There were many times when I would come home and see a tray out in the hallway from my son David ordering room service,” said Strebel. “He definitely took advantage of it. Meanwhile, my wife and I used the concierge to book all of our restaurant reservations. We were always able to get into the most popular places without a problem."

El-Rabaa revealed that once his girls were old enough, they loved going downstairs for breakfast. “They could get eggs, bacon and sausage,” he said. “They thought it was such a treat.”

What’s more is these lucky families got to live in the heart of some the top destinations. “The best part of all was getting to live on 52nd Street and Madison Avenue,” said Strebel. “We were across from Rockefeller Center, and David’s bedroom window looked down on to St. Patrick’s Cathedral.” El-Rabaa adds, “When we were living in Seattle, we’d take the girls sightseeing regularly. Weekends were spent going to the aquarium or museums.”

Not surprisingly, these kids were pretty cool at school. “On my daughter’s first day of school, the bus stopped in front of the hotel, and the bellman was there holding her hand,” said El-Rabaa. “When it pulled up, the entire bus stood up to see who it was they were picking up. She wanted so badly to turn around and go back in the hotel, but later she enjoyed bringing friends over to go swimming in the pool.”

Flack used the hotel nightclub to celebrate his daughter’s seventh birthday with all her school friends, and Strebel admitted that his son was “pretty cool” among his peers because of their unique living arrangement. The kids even got to participate in some one-of-kind experiences. “At Christmas, Emilia would dress up as an elf and join Santa giving gifts to the guests,” said Flack. Meanwhile, Strebel’s son was given the title of Teen Concierge, where he would advise on the hottest spots in town.

But, before you get too jealous. All the GMs we talked to admitted there are some downsides to living in a hotel. “One of the biggest challenges was cooking,” said El-Rabaa. “With kids, you want to make sure everything they’re eating is healthy, and there are only so many options on the room service menu. Coming up with a meal that is good for everybody, three times a day, is a challenge. Plus, you can’t just go to the kitchen and pour yourself a bowl of cereal and milk. You have to wait for it to be brought to you.”

The noise was the toughest part for Strebel and his family. “In a hotel, people are constantly walking past your door,” he said. “And it could be 10 people coming back from a dinner who are laughing and giggling. You're going to hear that.”

And it goes the other way too, where the families living in the hotel had to keep their noise in check. “We had 20 people over for Christmas one year, and I was so worried about the noise we’d make,” said Strebel. “So, we bought out the rooms around us so we wouldn’t bother any guests.” El-Rabaa revealed that he got in trouble for causing a commotion when he threw a pool pizza party for his daughter.

Despite the few downsides, living in a hotel under these circumstances sounds like a fun experience. “My wife misses it every day,” said Strebel. “She would move back to a hotel right now if I asked. El-Rabaa got a similar response when he asked his girls recently if they would do it all over again. “They said they absolutely would,” he noted. “It’s a unique childhood. So, to hear that, made me very happy.”