What Happens if a Gun Goes off on a Plane? 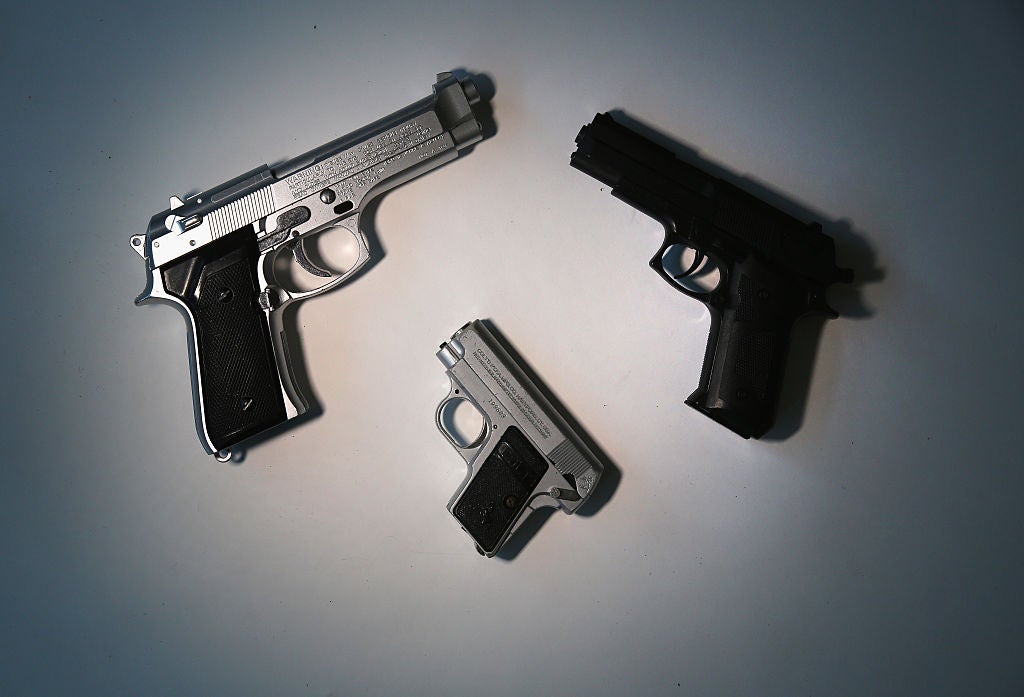 What Happens if a Gun Goes off on a Plane?
This post contains references to products from one or more of our advertisers. We may receive compensation when you click on links to those products. Terms apply to the offers listed on this page. For an explanation of our Advertising Policy, visit this page.

After a woman accidentally carried on a handgun onto a Delta Boeing 777 departing Atlanta's Hartsfield-Jackson Airport (ATL) for Tokyo Narita Airport (NRT) on Jan. 2, flyers wondered: How dangerous is a gun on an airplane? What would the extent of the damage to an aircraft would be if a handgun, maybe brought accidentally on board, were to go off mid-flight?

CNN reports that the woman forgot the gun was in her carryon bag. TSA agents at Atlanta's airport, the world's busiest, apparently missed the firearm at the security checkpoint after "standard procedures were not followed," the TSA says. As soon as the passenger realized what happened, she alerted authorities.

"There are many potential hazards to a handgun accidentally discharging aboard an aircraft," Dr. Alan Diehl, a former safety inspector for the NTSB, the FAA and the US Air Force and author of "Air Safety Investigators," told TPG in an email. "Not only could it puncture the pressure hull [or] window, it might also start a fire."

One of the only barriers thought to be bulletproof on planes is the door to the cockpit, although authorities don't officially confirm this for obvious security reasons. Many aviation safety experts agree at least that cockpit doors were reinforced after the Sept. 11, 2001, terrorist attacks.

"Furthermore, it could strike a another vital aircraft component, such as a pressurization valve, oxygen bottles/generator, tire, or a hydraulic or fly-by-wire control component," Diehl says. "An inadvertent firearm discharge could cause a distraction affecting passengers or flight crew. Lastly, a loaded weapon firing could strike an aircraft occupant or baggage handler."

Diehl notes that because there are redundancies in the safety features of modern aircraft, he is "unaware" of a case of an inadvertent discharge of a handgun causing a catastrophic aviation accident.

As soon as the passenger disclosed that she had accidentally brought the gun on board, "the airline reported the incident to TSA,” Delta told TPG in an emailed statement. The woman "was met by Japanese authorities upon landing" and was "fully cooperative," according to the TSA, and Japan's Transportation Ministry said the woman returned to the US the same day she landed in Tokyo, CNN reports.

Japan, however, holds the TSA responsible and reportedly asked the agency to take preventative measures.

Additionally, many industry voices were speculating whether the partial shutdown of the US government contributed to the Atlanta TSA officers missing the gun at the airport checkpoint. While the government remains shutdown, TSA screeners have been forced to temporarily work without pay. This had led to staffing issues, as TSA officers are reportedly calling out of work in higher numbers than usual. But, the agency denied this was a contributing factor in the handgun incident.

"There was not a staffing issue as some are speculating or alluding to in their articles," a TSA spokeswoman told TPG in an email. "In fact, the national callout percentages were exactly the same for Wed, 1/2/19 and Wed, 1/3/18 (when there was no shutdown) -- 5 %. TSA will hold those responsible appropriately accountable."

But earlier this week, Atlanta's airport was hit hard by the staffing issues, with flyers waiting in line for about an hour and a half to get through security checkpoints.

Altanta's Hartsfield-Jackson Airport has some of the highest rates of confiscated handguns at security checkpoints in the US. In 2018, TSA officers confiscated 300 guns at ATL checkpoints alone.

A record-breaking number of guns were seized at US airports in 2018, the TSA says, with officers stopping more than 4,000 firearms from flying in carryon bags last year.