Articles
Ben Mutzabaugh is the senior aviation editor and heads TPG’s airline coverage. Ben joined TPG in March 2019 after nearly 19 years at USA Today, where he launched the long-running, industry-leading Today in the Sky blog in 2002.
Follow
April 30, 2019
•
3 min read 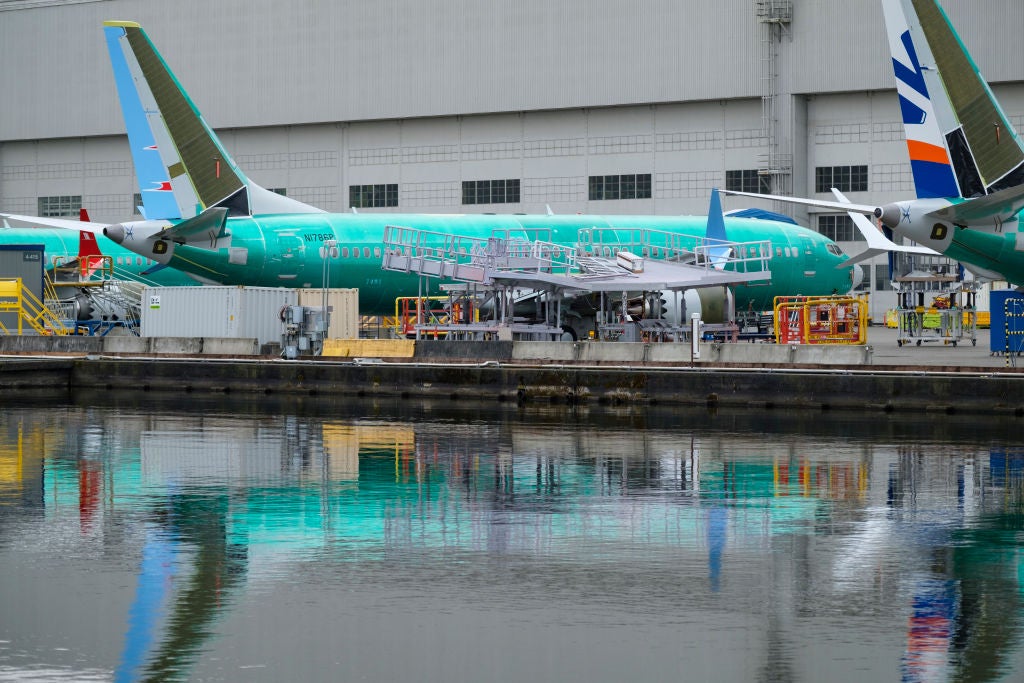 Virgin Australia Delays Delivery of Boeing 737 MAX Jets
This post contains references to products from one or more of our advertisers. We may receive compensation when you click on links to those products. Terms apply to the offers listed on this page. For an explanation of our Advertising Policy, visit this page.

Virgin Australia is delaying the delivery of its first Boeing 737 MAX jets by about two years, the carrier announced Tuesday.

The move comes as uncertainty continues to bedevil the new aircraft, grounded since March after the second crash of the jet in just five month’s time.

The Australian carrier’s first 737 MAX jets will now arrive in July 2021 instead of this November, according to Australian media reports.

"Safety is always the number one priority for Virgin Australia. We will not introduce any new aircraft to the fleet unless we are completely satisfied with its safety," Virgin Australia CEO Paul Scurrah said in a statement to Australia’s ABC News.

"We are confident in Boeing's commitment to returning the 737 MAX to service safely and as a long-term partner of Boeing, we will be working with them through this process,” he added in the statement.

Virgin Australia has ordered 48 Boeing 737 MAXes, including both the MAX 8 and MAX 10 variants. The carrier’s first MAX 8 now will not arrive to the carrier until February 2025, according to ABC. The MAX 10 will now be the first to fly for Virgin Australia, arriving earlier than expected after the airline converted 15 of its existing MAX 8 orders into orders for the bigger MAX 10 on Tuesday. With Tuesday's changes , Virgin Australia’s MAX order now consists of 25 MAX 10s and 23 MAX 8s.

“I’m pleased that we have reached an agreement with Boeing to convert a further 15 of our Boeing 737 MAX 8 aircraft to MAX 10s and defer deliver of our order to July 2021,” Scurrah said to Australian news website news.com.au.

"Coming in and getting a better commercial outcome for the group on the MAX order... was one of my biggest single priorities here, which is why we jumped on it quickly," Scurrah said to the Morning Herald.

Virgin Australia’s decision to defer its 737 MAX orders follows uncertainty about the jet at other airlines.

Already, Indonesian carrier Garuda has indicated its intent to cancel its order for 49 Boeing 737 MAXes, ending a deal valued in the billions.

Lion Air, another Indonesian carrier and the one that suffered the first of the MAX 8 crashes in October, also has talked of scrapping its order for the jets.

Those developments underscore the challenges Boeing faces in restoring confidence in the aircraft.

In the United States, executives at Southwest Airlines were asked during the company’s earnings call last week about concerns customers might want to avoid the MAX once it’s cleared to return to the skies.

“There's certainly going to be some people that, I expect, will probably book away for some period of time,'' Southwest President Tom Nealon said, according to USA Today.

Even Boeing's top executive admitted there will be challenges.

“We know we have some work to do to earn and re-earn the trust of our airline customers and the flying public, in particular,” Boeing CEO Dennis Muilenburg said during the company’s earnings call last week.