US to Europe: Basic economy on a legacy carrier or lower-cost airline? 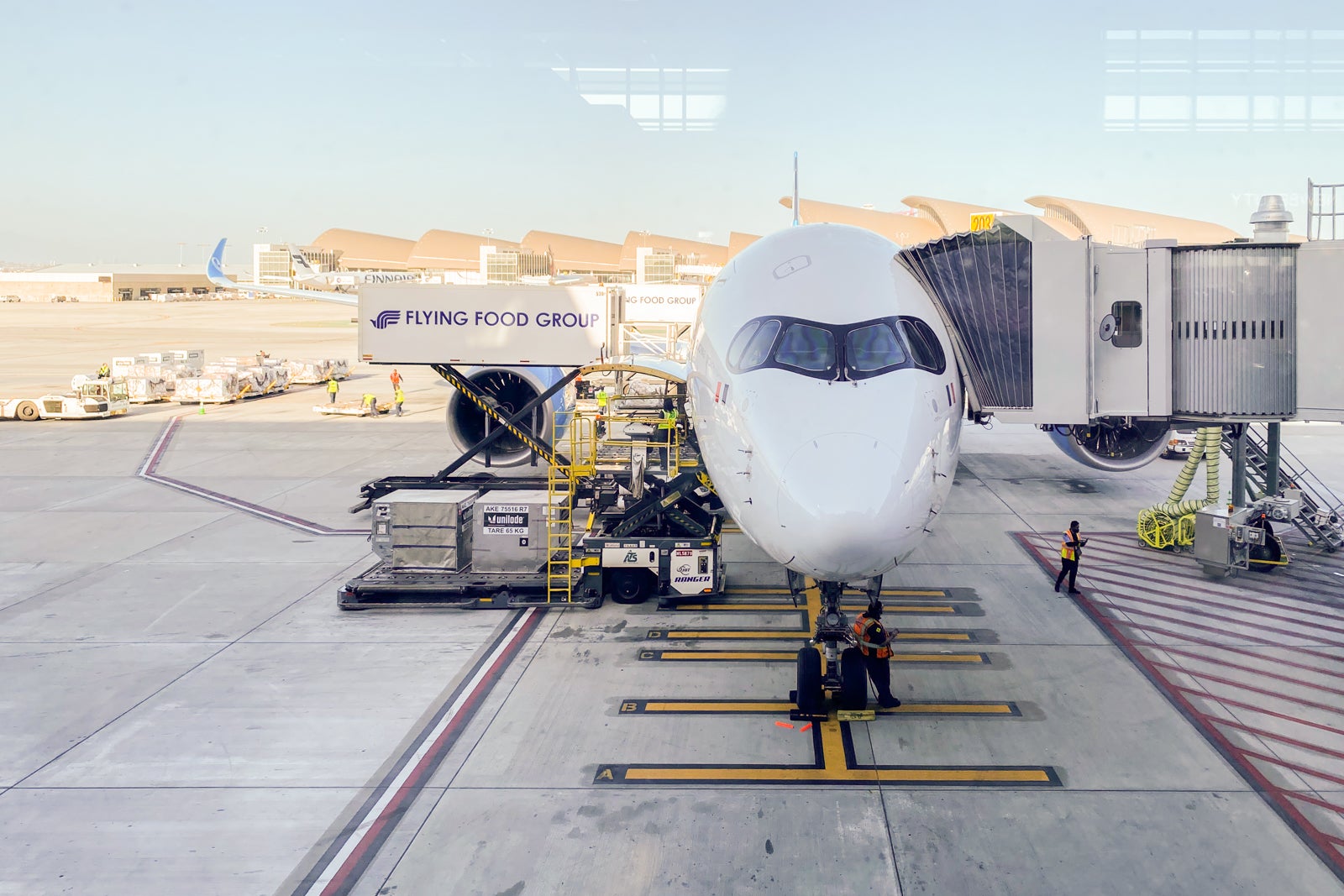 If you’ve kept an eye on flights between the U.S. and Europe, you’ve probably noticed a trend in recent years – one that has accelerated this spring. More and more low-cost carriers are offering transcontinental flights to popular European destinations. In addition to hops across the Atlantic departing from the East Coast, some of these carriers are also offering long-haul service from California to Europe.

There’s no doubt that while low-cost carriers offer fares at a rate that is often lower than that of legacy airlines, you’ll want to keep a close eye on the extra fees you'll have to pay – often for services you previously took for granted as part of your flight.

The same can be said, of course, for some of the larger carriers’ basic economy tickets.

To get a better sense of what’s included and what you might pay (compared to the initial fare offered) we decided to do a comparison of legacy carriers on transatlantic flights to some of their biggest European destinations and what competing carriers are offering.

As part of this comparison, I looked at the three big U.S. legacy carriers (or partner airlines booked through the U.S airlines' website via codesharing) departing out of one of their major hubs to a European destination they service heavily.

Then I compared a lower-cost carrier with service between the same cities.

For the sake of consistency, I looked at fares this fall – generally in either September or October.

My goal was to find cheap fares without sacrificing essential services. I operated under the assumption that you might be able to make it to Europe without a checked bag (if you’re a strategic packer) but you’ll at least need a full-size carry-on.

I started with one of the most popular European destinations for U.S. travelers: London. The list of American cities offering nonstop service to the U.K.’s largest city continues to grow and so do the options for getting there.

Looking in October, the cheapest fare I found on American Airlines or its Oneworld partners involved a round trip booked on American, but operated by British Airways, between Newark/Liberty International Airport (EWR) and London Heathrow Airport (LHR).

The round-trip flight goes for $584 for a basic economy ticket. You could get it for $20 or so cheaper, but the slightly higher price gets you nonstop service.

Like most carriers, American’s basic economy fares and services have evolved through the years. On this trip, you’ll still accrue Loyalty Points and AAdvantage miles, and you will have access to the overhead bin.

If you can get all your belongings through the TSA checkpoint and plan to take a carry-on, the basic economy fare may be a good choice.

The difference between the basic economy and traditional economy fare is $150, which is the same as what you’d pay to check a bag for the round trip. Not coincidentally, for a trip to Europe, the economy fare will get you a checked bag.

The big downside of basic economy is that you won’t be able to pick your seat for free; you’ll get assigned at check-in.

Final cost for Newark to London-Heathrow round trip booked through American and operated by British Airways: $584

Norse Atlantic has made headlines recently by announcing new service between the U.S. and Europe, including nonstop flights between New York and London’s Gatwick Airport (LGW).

Looking at the same week for a trip as the Oneworld itinerary, I found a round-trip flight advertised at $314 on Norse’s booking calendar.

For what it’s worth, the Economy Classic fare includes a checked bag.

When it comes to meals, Norse will give you a free main meal on this flight, but if you want a second "light meal" closer to landing, you’ll have to pay an additional $20. For a New York to London flight, I could do without the extra meal.

Like American’s basic economy, you won’t get a free seat selection. The Norse seating chart actually displays the price by seat – the cheapest middle seats available on this flight go for $28 each way.

Next up, I looked at Delta Air Lines flights between its Los Angeles (LAX) hub and Paris. Looking in October, the cheapest itinerary I found aboard Delta or its SkyTeam codeshare partners was a round trip for $828 in Economy Light booked through Delta’s site and operated by Air France.

Similar to American/British Airways, there’s a $150 difference between the basic economy and economy fares. You will get overhead bin access, but no seat selection. Were you to pay the extra $150 for the main cabin, you’d get a free checked bag with your fare – which is also what you’d pay in checked bag fees anyway.

Looking around the same dates as the Delta/Air France booking in October, I found an itinerary advertised at $310 outbound and $398 for the return trip on French bee’s fare calendar for a round trip total of $708.

You certainly have a choice to make when it comes to French bee’s cabins. On the outbound flight, you can pay the cheapest $310 “Basic” fare, or add $60 for the “Smart” fare. There’s also a “Premium” option for hundreds more. While many would probably make a different choice here, I went with the “Basic” fare on the outbound flight despite the fact that it does not include a meal and the ”Smart” fare does. I would only do this because it’s an overnight flight and I’d probably sleep most of the way and perhaps bring food from the airport on board.

For the daytime return trip, though, I’ll take the meal and pay the extra $60 for the “Smart” fare, which does also include checked baggage on top of the full-sized carry-on allowed with the “Basic” ticket.

Again, seat selection will come at a cost. We’ll skip that for the purposes of this comparison. Like some of the other low-cost carriers, French bee offers some extras that allow you certain priority-type benefits like earlier boarding.

Final cost for Los Angeles to Paris-Orly round trip on French bee: $767

After looking at Delta and American as well as their partners, it was time to compare United with a European carrier.

United operates quite a few flights to Frankfurt, Germany, so I looked at trips between United’s Newark hub and Frankfurt (FRA).

Final cost for Newark to Frankfurt round trip on United: $579

Frankfurt-based carrier Condor beefed up its service between the U.S. and Europe this spring, with its busiest transatlantic schedule ever to go along with its unique livery.

The cheapest fares I found in close proximity to the trip on United came out of JFK Airport. The round trip between New York and Frankfurt was advertised at $639.

Like the other airlines, including basic economy options on the legacy carriers, there was no free seat selection on Condor.

A meal is included in your fare, though, although you can upgrade or specialize your meal for an extra fee. I skipped that.

The carrier also offers "premium entertainment" for $10 each way. If you don’t plan to download shows and movies onto your device it might not be a bad addition, but I do download in advance so I'll skip this add-on.

The final cost, if you forgo the extras like I did, remains as advertised.

Final total for New York-JFK to Frankfurt round trip on Condor: $639

There can certainly be cases where you can get a better deal on a lower-cost carrier when flying to Europe compared to a legacy airline. You also might find that the services you get on board one of the legacy carriers, combined with the opportunity to earn miles that will help you make progress toward your next free flight within a major alliance, could make it the best choice even if you do end up paying a bit more.

Whether you're booking a basic economy fare or a ticket on a lower-cost carrier, be sure to look closely at what's included in your fare, what's not, and how your pre-boarding and inflight experience might compare with what you're used to.

Related stories
The ultimate guide to earning elite status with United cards
American Airlines forgot it had landing slots at JFK. Then it lost some of them
After 19 months, United Airlines is officially suspending flights at New York's JFK airport — again
17 ways to earn lots of Marriott Bonvoy points
Featured image by (Photo by Caroline Tanner/The Points Guy)
Editorial disclaimer: Opinions expressed here are the author’s alone, not those of any bank, credit card issuer, airline or hotel chain, and have not been reviewed, approved or otherwise endorsed by any of these entities.