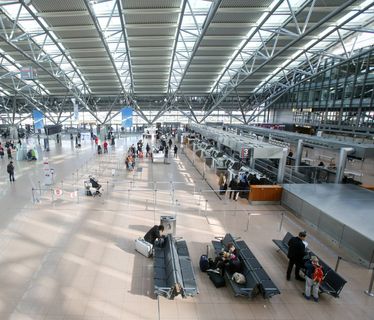 US airlines scramble to respond to coronavirus-related travel ban to Europe
This post contains references to products from one or more of our advertisers. We may receive compensation when you click on links to those products. Terms apply to the offers listed on this page. For an explanation of our Advertising Policy, visit this page.

The new policy was presented during an Oval Office address Wednesday night, and is set to go into effect at 11:59 p.m. ET on Friday. The president said the restrictions are meant to stem the spread of coronavirus in the U.S.

American, Delta and United — the three U.S.-based carriers that serve destinations in Europe — seem to have been caught off guard by the restrictions.

"At this point, all I can say is that we will comply with the administration's announcement," United Airlines spokesperson Frank Benenati told CNN shortly after the news broke Wednesday night.

By Thursday morning, all three of the big U.S. carriers said they'd meet the directive, though none had immediately detailed any new changes to their European operations.

“We are in contact with the federal government to understand and comply with this directive," Ross Feinstein, a spokesperson for American Airlines, said in a statement to TPG. "The health and safety of our customers and team members remains our highest priority.”

Broadly speaking, both American and United seem to be maintaining previously-announced waivers that cover affected travelers. Those policies generally allow passengers a free, one-time change to their itineraries for all new travel booked from early March through the end of the month, or for previously-booked reservations set to begin by April 30.

Delta had announced a new policy for travelers to and from Europe by Thursday morning, allowing passengers scheduled to travel on all flights to or from Belgium, the Czech Republic, Denmark, France, Germany, Greece, Ireland, Italy, Netherlands, Portugal, Spain, Switzerland and the United Kingdom between Feb. 25 and May 31 to change their itinerary once for free by Dec. 31, so long as the new itinerary begins by that date.

It's a multi-part restriction. The broadest strokes of the policy state that any foreign citizen who has visited a country in the Schengen Area of Europe (Austria, Belgium, Czech Republic, Denmark, Estonia, Finland, France, Germany, Greece, Hungary, Iceland, Italy, Latvia, Liechtenstein, Lithuania, Luxembourg, Malta, The Netherlands, Norway, Poland, Portugal, Slovakia, Slovenia, Spain, Sweden and Switzerland) in the last 14 days before their flight will be barred from entering the United States for 30 days once the restrictions go into effect on Friday.

More: Can I cancel or change my award ticket due to coronavirus travel waivers?

For U.S. citizens and some authorized travelers, including foreign citizens on official government business, certain visa holders and close family relatives of U.S. citizens, the broadest part of the new restrictions doesn't apply. Those qualified travelers simply need to enter the U.S. through select airports, and should expect to undergo additional screening prior to entry.

The approved airports, according to American Airlines, are:

More: Some airlines cut back on inflight service to combat coronavirus. Will those changes stick?

Featured image by dpa/picture alliance via Getty I