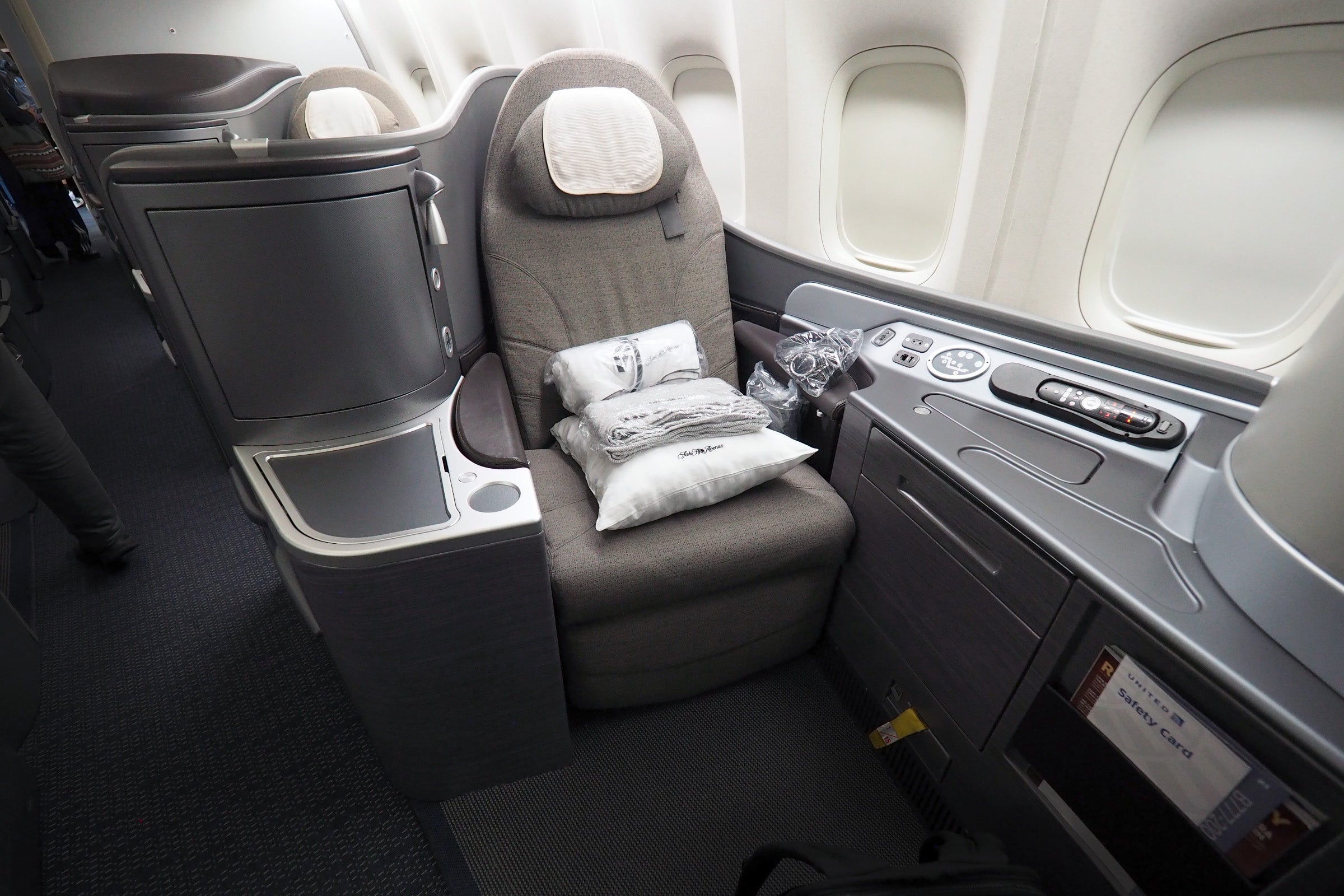 United's Still Selling International Polaris First Class
This post contains references to products from one or more of our advertisers. We may receive compensation when you click on links to those products. Terms apply to the offers listed on this page. For an explanation of our Advertising Policy, visit this page.

As part of its process to add the new Polaris business-class seats to older 777-200s, United's always planned to phase out international first class.

Last year, the carrier confirmed that May 1, 2018, would be the final day you could book a seat in the F cabin, though 3-cabin aircraft (the only planes that offer first class) would continue to operate on some flights. While it wouldn't be possible to book a paid or award seat after that date, upgrades would be processed on the day of departure, once the older 777 version was assigned to operate a flight.

Then, the airline pushed out the end date to June 20, 2018 — two days ago. Following that announcement, I booked one final flight in UA's long-haul first-class cabin, from Chicago (ORD) to Shanghai (PVG) in late May.

Well, as it turns out, the airline's since decided to extend Polaris first bookings yet again, this time pushing out the deadline to August 19 or August 20, depending on the route. An airline spokesperson wasn't able to comment on the second date change, but it could indicate that United expects to consistently operate its 3-class plane for longer than expected, perhaps signaling a delay in the retrofit process. Note that this only applies to flights operated by United's 3-cabin 777-200s — first class is already blocked for sale on 3-cabin 767s.

So, with that in mind, the routes that will offer first class through August include:

Additionally, Chicago (ORD) to Paris (CDG) is available through the end of July.

If you're hoping to get one more Polaris first flight in — perhaps just for fun — your only real option is to pay cash. The cheapest fares I've found are actually on one of United's longest flights, the same 14-hour journey I flew from Chicago to Shanghai. First class is available for about $3,000 one-way, which isn't terrible — it's priced $750 higher than business class, though, and unless you specifically want to fly the airline's original 1-2-1 seat one more time, I wouldn't spend the extra money to move up from biz.

As for awards, I haven't been able to find any dates with saver award space — while United's "First Everyday Award" is open every day, you'll need to redeem an obscene 200,000 miles one-way to China. Considering that business-class saver awards are open on a handful of dates, there's no world in which it makes sense to spend an extra 130,000 miles for a seat up front.

While first class remains for sale, it's possible that a refreshed 2-cabin aircraft will be subbed in at the last minute. I'd actually hope to snag the retrofitted plane, even if you've paid for a first-class ticket. While it's a bit more compact, I find the new Polaris business seat to be far more private than the old first class, and if you happen to be booked in first on a flight ends up being operated by a retrofitted aircraft, you can contact United for a refund of the difference in cost between first and biz.