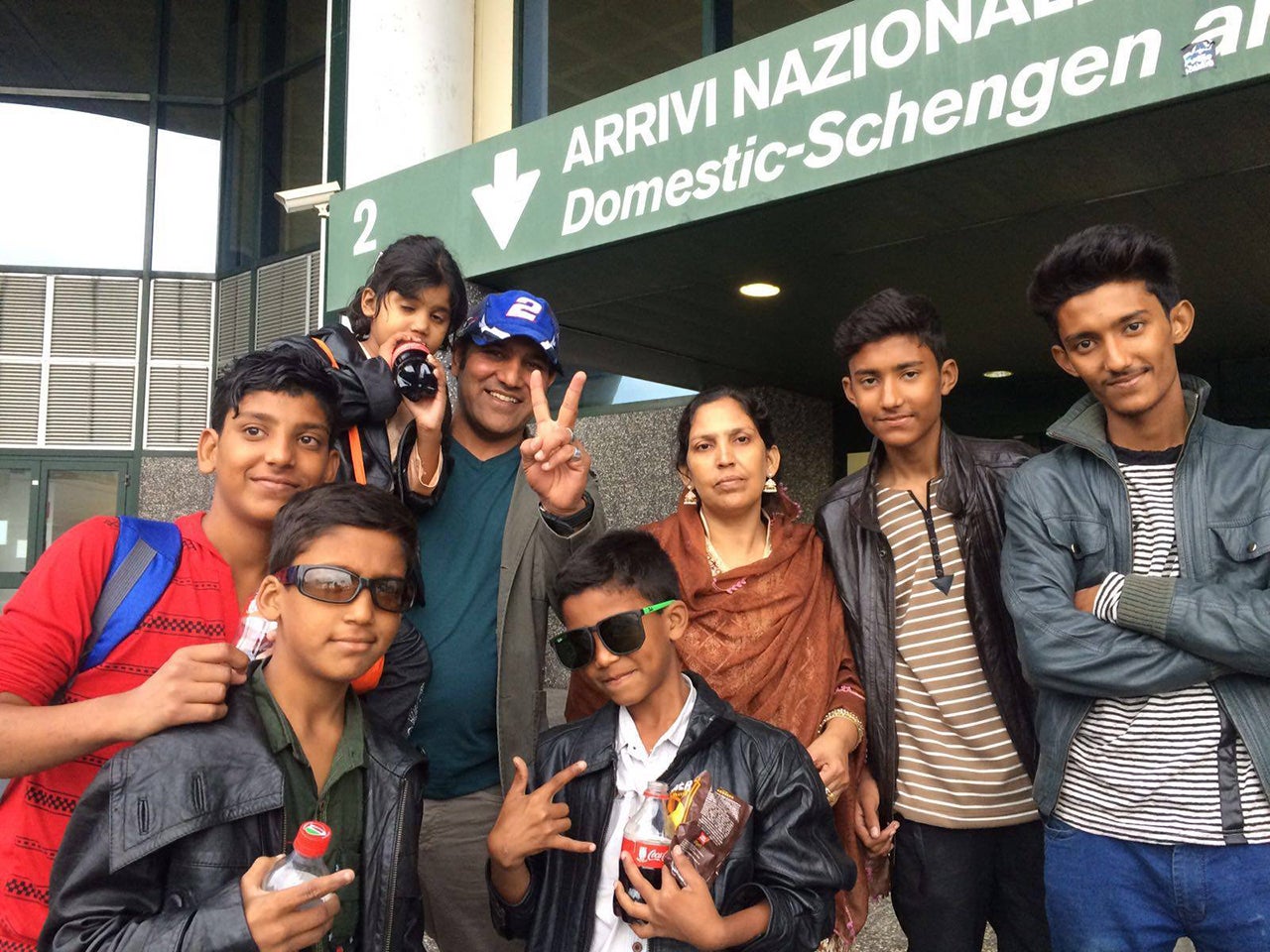 United partners with Miles4Migrants to reunite refugee families
This post contains references to products from one or more of our advertisers. We may receive compensation when you click on links to those products. Terms apply to the offers listed on this page. For an explanation of our Advertising Policy, visit this page.

A major airline has lent its weight to the efforts by points-and-miles collectors to reunite refugee families separated by the federal government's controversial immigration policies.

United Airlines has partnered with Miles4Migrants, a nonprofit organization that started out as a group of Redditors who shared loyalty-program tips and wanted to use their knowledge and saved points to help asylum seekers and refugees. United MileagePlus members can now donate their saved miles to buy flights to bring together migrant families who have been separated.

"I hope United is setting an example for other airlines to follow, so I look forward to seeing Delta, American and other airlines follow suit and take United's example as the right path forward," Andy Freedman, Miles4Migrant's co-founder and managing director, said in a phone interview Tuesday.

Since the group formed in 2016, it's reunited over 600 families from 48 countries using over 27 million frequent-flyer miles worth over $700,000. United's helping out by donating 50,000 miles and allowing M4M to pool their miles instead of having to work through donors' loyalty accounts. The catch is that the group has to hit its goal of getting 5 millions miles in donations in the next 28 days. Individual donations can be as small as 1,000 miles.

"We soft-launched Friday to the public and have already earned 1.1 miles through the campaign," Freedman said.

Though M4M originally focused on reuniting refugee families split abroad, the Trump administration's hardline stance on immigration caused the group to pivot. Now, international and border-crossing cases each make up about half of the nonprofit's workload.

M4M's United partnership through the airline's crowdfunding platform, Miles on a Mission, is part of the airline's philanthropic Every Action Counts program. The 11 other inaugural participants include organizations to help homeless veterans, disabled veterans, rescued dogs stranded in storm-damaged Puerto Rico, Houston's Holocaust museum and to provide educational opportunities for disadvantaged youth. Miles4Migrants is the only one, however, to reach for the program's maximum goal of 5 million miles.

Sharon Grant, vice president and chief community engagement officer at United Airlines, said in a phone interview that United chose groups like Miles4Migrants for the program because the airline wants to make it clear to loyalty members that their donated points have real power that can bring concrete results to the real world.

"This gives our members that real-time connection: 'I donated this and knew what they were going to do, and now I can celebrate in that success,'" Grant said. "Through the power of our miles, we're helping these organizations, and you can use miles to help the cause you have a passion for. It's a way to help with your loyalty miles."

The airline stressed that the program only provides legally approved travel cleared by the receiving country’s government for migration or family-reunification purposes.