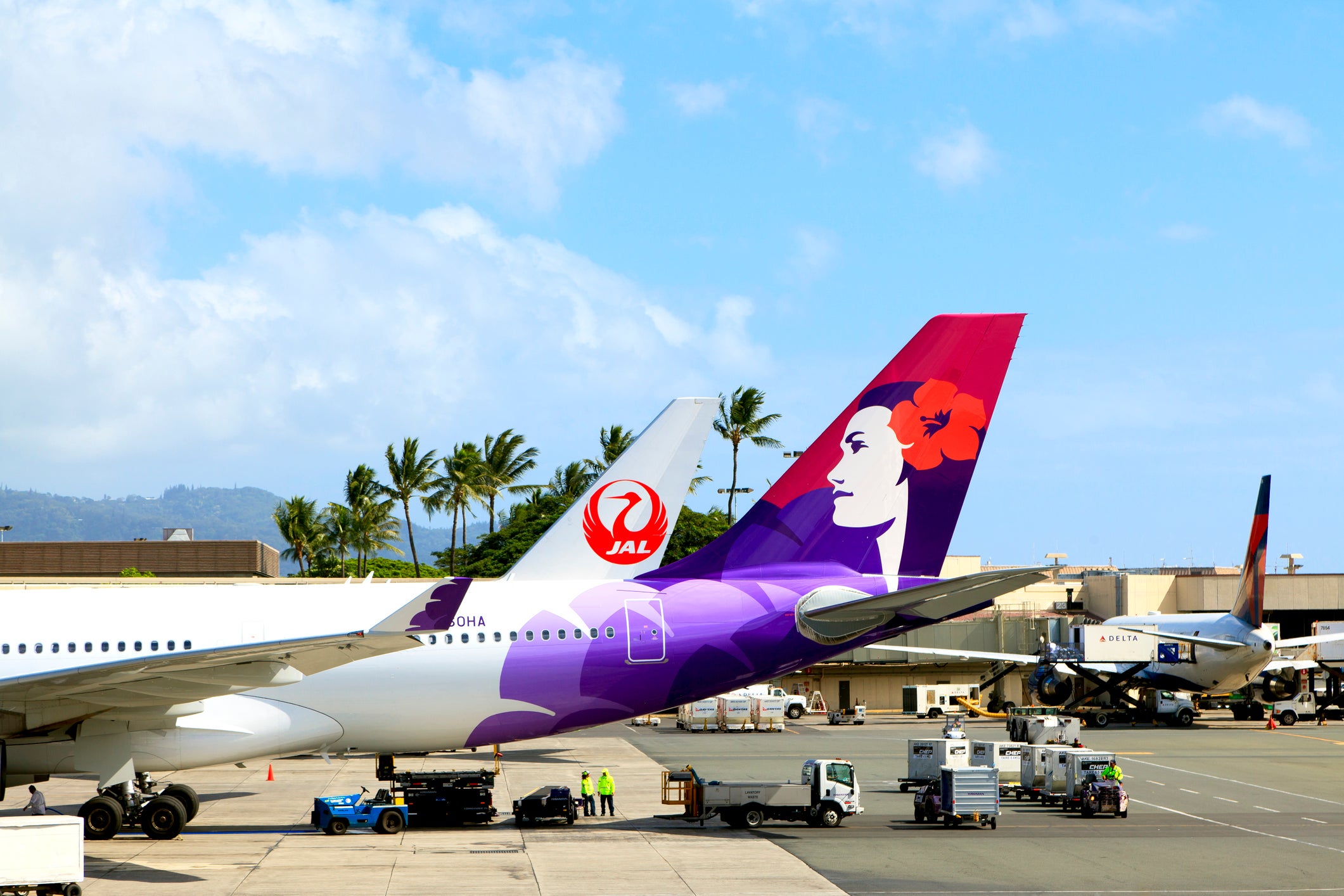 U.S. limits Hawaiian Airlines and JAL’s planned partnership
This post contains references to products from one or more of our advertisers. We may receive compensation when you click on links to those products. Terms apply to the offers listed on this page. For an explanation of our Advertising Policy, visit this page.

Hawaiian Airlines and Japan Airlines have big plans to work together across the Pacific, easing travel between Hawaii and Japan for passengers.

Those plans deflated a little Thursday following the U.S. Department of Transportation’s tentative ruling on the partnership. While giving Hawaiian and JAL a nod to cooperate more, the regulator did not grant them immunity to do things like coordinate fares or schedules.

Hawaiian and JAL are free to expand their codeshare agreement and to make other passenger-friendly moves, such as expanding reciprocal frequent-flyer benefits and optimizing schedules for connections both over Honolulu (HNL) and Tokyo Haneda (HND), the DOT said.

Related: Hawaiian and JAL Want to Form a Joint Venture

However, the airlines remain hamstrung by U.S. antitrust laws under the decision. This means they cannot coordinate fares or jointly schedule flights in markets where they overlap, like between Honolulu and Tokyo Narita (NRT).

Immunity “is not necessary for [Hawaiian and JAL] to deliver substantial new [public] benefits,” wrote Joel Szabat, assistant secretary of aviation and international affairs at the DOT, in the tentative finding.

Szabat cited, among other things, Hawaiian’s IT systems that have “limited capability to allow for seamless ticketing and reservations with partners.” The airline could have a difficult time implementing an immunized pact with JAL without a more robust technology platform, he added.

"The tentative decision... overlooks the importance of antitrust immunity that major global airline alliances already enjoy, harming a small U.S. carrier like Hawaiian by preventing it from being able to compete on equal footing and offer more competitive choices to travelers between Hawaii, Japan and beyond," said Hawaiian in a statement. The airline added that they plan to emphasize the benefits of immunity in their response.

Brent Overbeek, vice-president of revenue management and network planning at the airline, told TPG in September that Hawaiian was excited to move forward with its proposed JAL partnership. The tie up would allow the U.S. carrier more access to Japan, particularly domestic points that it does not serve, to expand its footprint in the large market.

Related: Hawaiian Airlines wants to be bigger in Japan with JAL partnership

"So much of [domestic] Japan flying is concentrated in Haneda, having access to that is really, really important to us," he told attendees at the World Routes conference in Australia.

Hawaiian is set to begin a third daily flight to Haneda in March. The new frequency will be timed to provide better connections to JAL's domestic flights from the airport, Overbeek said.

Hawaiian and others have 30 days to respond to the DOT's preliminary decision, after which the regulator can either revise it or issue a final ruling.

Our points-obsessed staff uses a plethora of credit cards on a daily basis. If anyone on our team wouldn’t recommend it to a friend or a family member, we wouldn’t recommend it on The Points Guy either. Our opinions are our own, and have not been reviewed, approved, or endorsed by our advertising partners.
See all best card offers
Related stories
Guide
What is a good APR for a credit card?
Reviews
Rediscovering my Dominican roots in Washington Heights: A review of the new Radio Hotel in NYC
Guide
These airline and hotel programs offer free points when you sign up
Guide
8 tips for booking the best cruise shore excursion for your money