Typhoon Mangkhut Shuts Down the 8th Busiest Airport in the World, Hong Kong 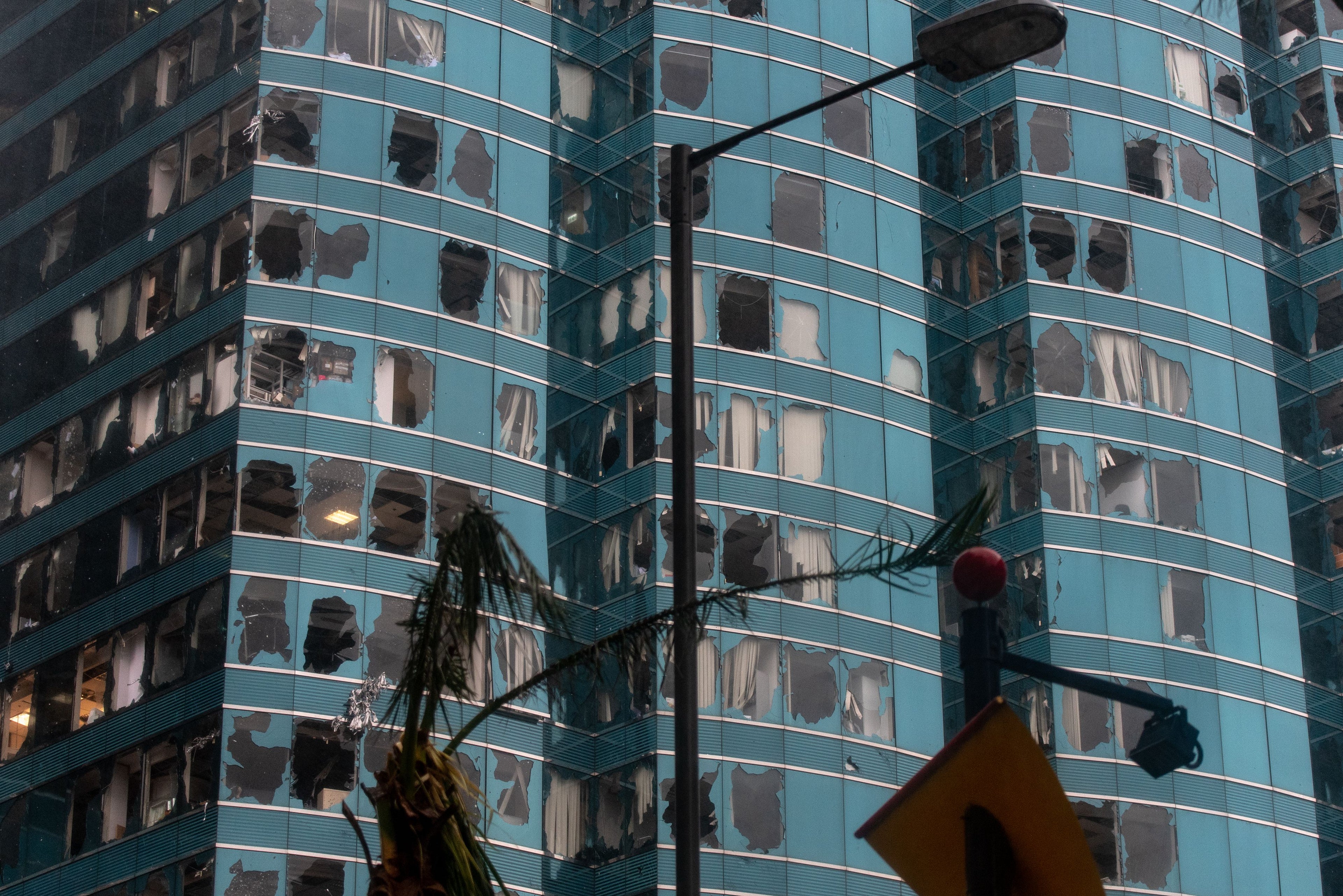 Typhoon Mangkhut Shuts Down the 8th Busiest Airport in the World, Hong Kong
This post contains references to products from one or more of our advertisers. We may receive compensation when you click on links to those products. Terms apply to the offers listed on this page. For an explanation of our Advertising Policy, visit this page.

Hong Kong is getting a thrashing from Typhoon Mangkhut, which was at one point the world's strongest tropical system of 2018. The typhoon hit the Philippines with top winds of 165mph, which would have made the storm a Category 5 hurricane in the Atlantic. The landfall sparked widespread flooding and landslides and has killed at least 40 people.

After weakening a bit, the typhoon is passing just south of Hong Kong. Overnight Sunday, the Hong Kong Observatory raised the storm signal to its highest level (T10) for just the 16th time since 1946. However, from all indications so far, Typhoon Mangkhut will be the strongest storm that the city has faced since records began.

A thread of videos showing some catastrophic damage around Hong Kong and Shenzhen — including buildings crumbling, a crane crashing down and hotels being flooded by storm surge — have been posted on Twitter:

While the full impact of the storm on Hong Kong is yet to be determined, we know one thing for sure: the typhoon has shut down Hong Kong's international airport (HKG) — the world's eighth busiest — as well as the airports in nearby Shenzhen (SZX) and Guangzhou (CAN).

Combined, the three airports have at least 1,130 flight cancellations for Sunday according to FlightAware's flight cancellation tracker. However, this is likely understated as FlightAware only shows 30% of HKG's departing flights and 16% of its arriving flights being cancelled. FlightRadar24 shows that there has been just one commercial flight departure — a Singapore Airlines 777 that departed at 8:00am — from 3:46am through 7:00pm local time.

Arrivals are similarly shut down, with just 11 flights landing at HKG between midnight and 7:00pm. The last arrival: a Singapore Airlines flight from San Francisco (SFO) which landed at 5:45am, the same 777 that then took off to Singapore at 8:00am.

In an effort to evacuate aircraft, quite a few flights departed overnight Sunday, such as this Singapore Airlines flight that departed nearly eight hours early:

According to FlightRadar24 data, 63 aircraft were on the ground in Hong Kong at the time the storm passed through. Of the aircraft that had landed within 36 hours of the storm, all but three of these aircraft were Cathay Pacific and Cathay Dragon aircraft — including Cathay Pacific's second Airbus A350-1000. The other three aircraft to arrive shortly before the storm and remain on the ground were two private planes — a Bombardier Global 6000 (VP-CJY) and Dassault Falcon 900EX (N28VL) — and a Bombardier Challenger 605 (B-LVA) owned by the Hong Kong government.

There were at least four United aircraft on the ground: two Boeing 767-300s (registration N641UA and N654UA) and two Boeing 777-200 (N774UA and N76021). All four are in Hong Kong for Polaris business class cabin retrofits and arrived more than seven days before the storm. Hong Kong Airlines seems to be the only other passenger airline that had an aircraft on the ground, with an Airbus A330-200 (registration B-LNF) that's been on the ground for the past 13 days.

There's one notable aircraft that's currently inbound to HKG: the inaugural Cathay Pacific A350-1000 flight between Washington DC's Dulles (IAD) and Hong Kong — the airline's longest flight, at more than 8,100 miles with a flight time of 17 hours. Delayed in DC for almost five hours, it seems that airline officials are hoping that the Hong Kong airport is operational when the flight is due to arrive at 10am local time on Monday.