TSA PreCheck just got cheaper, but remember that you can get it for free

Articles
Caroline Tanner covers news and travel for TPG. She is a journalism graduate of Mizzou and Northwestern.
Follow
Nov. 04, 2022
•
4 min read 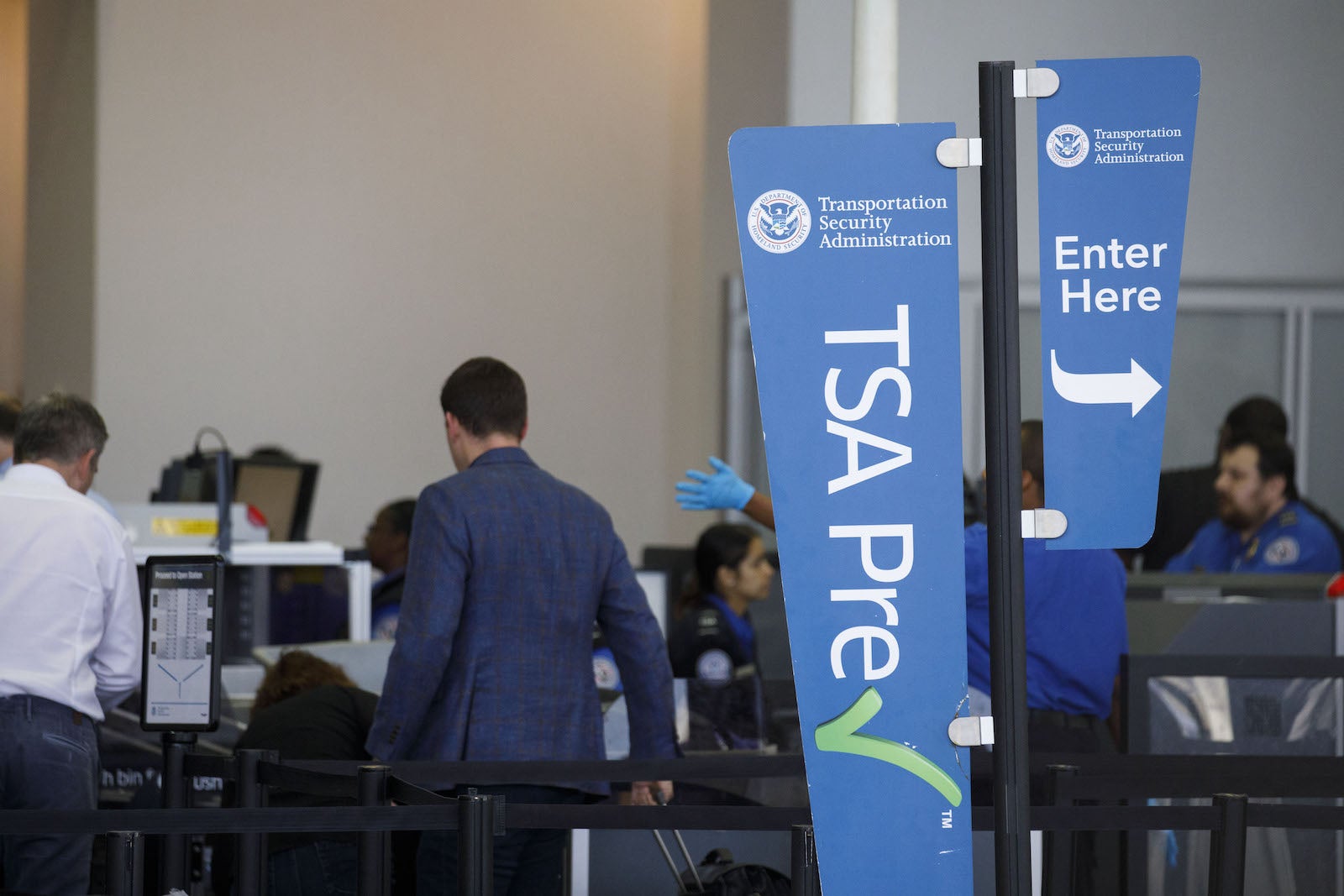 “For individuals and families with plans to fly this holiday season, now is the time to enroll or renew in TSA PreCheck,” TSA Administrator David Pekoske said in a statement Nov. 4. “TSA PreCheck offers significant benefits to those who meet its enrollment standards — less physical contact, fewer items on the conveyor belt and faster screening.”

As of Friday, the cost for new PreCheck applicants and in-person renewals will decrease by $7 to $78 for a five-year membership, the agency confirmed in a press release. The change does not affect the price of online renewal applications, which will remain available to users at $70.

Since 2013, TSA has used its trusted traveler programs, including TSA PreCheck, to allow low-risk travelers to use special security lines at air and land borders. In the case of TSA PreCheck, travelers do not have to go through the hassle of removing their shoes, belts, electronics, quart-size liquids bag or light jackets from their carry-on baggage. Additionally, these travelers are generally screened with walk-through security machines versus full-body scanners.

TSA PreCheck can save you an enormous amount of time you would otherwise spend waiting in line, with 93% of users reporting waiting less than five minutes at airport security checkpoints nationwide in September, per TSA data. Currently, TSA PreCheck lanes are available for use at more than 200 U.S. airports and for 85 participating domestic and foreign airlines.

As of this year, there were more than 27 million travelers across the Department of Homeland Security's five trusted traveler programs, the vast majority of whom are members of a program that provides them with TSA PreCheck access, per a TSA spokesperson.

The program is open to travelers of all ages who are U.S. or foreign citizens that meet specific citizenship and residency requirements outlined here. Travelers under age 12 can use PreCheck when accompanied by an adult user, while those ages 13-17 can go through it with or without their parents or guardians so long as they are PreCheck members.

Like all trusted traveler programs, you must first apply for TSA PreCheck online and pay the now-reduced application fee. Once conditionally approved, you must schedule an in-person appointment at the 500-plus enrollment centers around the country. Once approved, you'll be given a Known Traveler Number, which you'll enter when making airline reservations to ensure the green TSA PreCheck check mark shows up on your boarding pass.

A TSA PreCheck membership is valid for five years and can be renewed online for $70 or in person, up to six months before its expiration date.

Ways to save even more money on TSA PreCheck application fees

Along with the reduced renewal fee, remember there are approximately 50 cobranded airline, hotel and other credit cards offering up to $100 in statement credit reimbursement for the application fees associated with trusted traveler programs, including TSA PreCheck. A full list of credit cards with this feature is available here.

Additionally, some loyalty programs allow members to use points or miles in exchange for covering the membership fees, though the return per point is less than current TPG point valuations, so we would recommend using a credit card to get a statement credit instead.

A slight reduction in the five-year program cost of TSA PreCheck will likely result in even more people signing up for TSA PreCheck, so be sure to be among the first if interested.

Even so, remember that with the right credit card, you can get TSA PreCheck for free.

Featured image by PATRICK T. FALLON/BLOOMBERG/GETTY IMAGES
Editorial disclaimer: Opinions expressed here are the author’s alone, not those of any bank, credit card issuer, airline or hotel chain, and have not been reviewed, approved or otherwise endorsed by any of these entities.