Articles
Jordan Allen has produced content for TPG on everything from travel trends to flight deals.
Follow
Jan. 25, 2019
•
4 min read 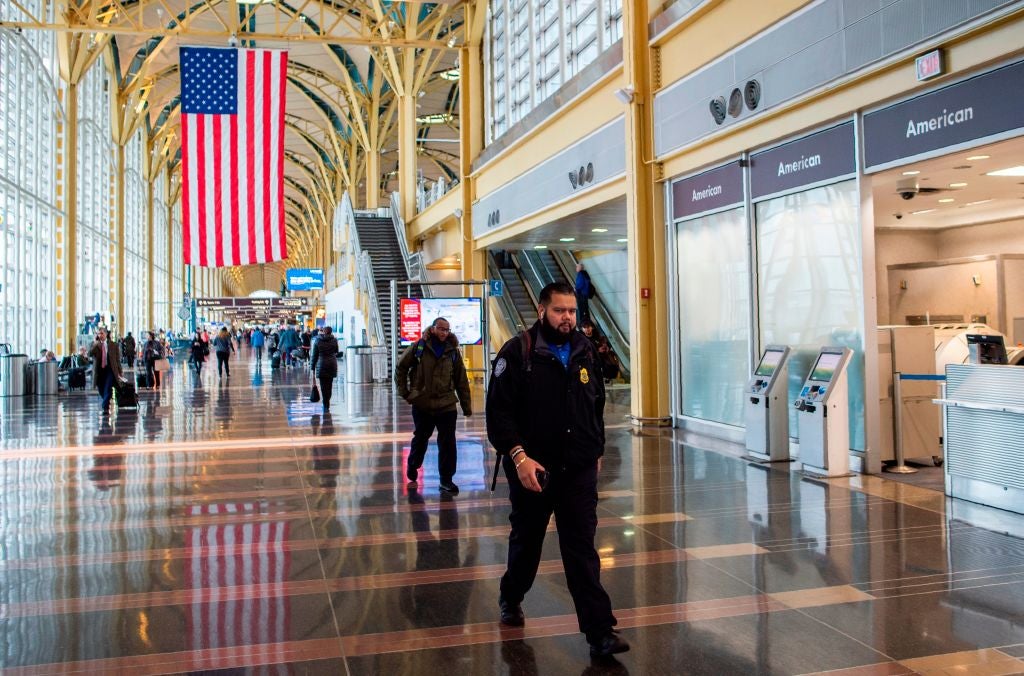 According to a report by CBS transportation correspondent Kris Van Cleave, an American Airlines flight from Monroe (MLU) to Dallas (DFW) was canceled due to a shortage of TSA staff.

The TSA says that the cancelation of Flight 3243 was a measure taken to maintain high security standards and that they chose to delay the checkpoint opening until backup TSA officers arrived from Shreveport (SHV). Since the shut down started over a month ago, there has been a rising trend in TSA agents calling out sick to work. Thursday, about 92.5% of the TSA officers scheduled to work showed up.

According to the TSA, the main cause of these callouts is due to financial limitations. Yet, this morning, TSA Administrator David Pekoske tweeted that unpaid federal employees will be receiving "a partial payment" for the first two-week pay period since the start of the government shutdown.

To partially reimburse workers for pay period 26 (Dec. 23- Jan. 5), which covers about one week (40 hours), TSA is using money from un-lapsed FY2018 funds. TSA used a similar funding mechanism earlier this month to provide workers with $500 bonuses and payments for Dec. 22 (the day the shutdown began), however many TSA agents claimed to have never seen that money.

Pekoske also made a statement acknowledging that the partial payment does not cover what the TSA has actually earned.

"Challenging circumstances force challenging decisions. I fully recognize anything short of full paychecks are a partial measure, and in no way compensates the #TSA workforce for the financial burden many are experiencing," he Tweeted.

Maryland Gov. Larry Hogan announced that federal workers will be allowed to use public transportation free of charge.

Hogan made the announcement yesterday, at Baltimore-Washington International Thurgood Marshall (BWI) after greeting and thanking TSA agents around the airport. He also condemned Washington and called for the president and the Congress to "put aside their differences."

Furloughed and unpaid government workers will have free access to MARC trains, the Baltimore metro and buses for an undetermined amount of time -- all they have to do is show their government IDs.

Joaquin Castro, a Texas Congressman, reported an announcement on his flight that stated some planes might be rerouted due to Air Traffic Control (ATC) staffing shortages.

According to reports, this has also has affected other airports throughout the country. This morning, the Federal Aviation Administration delayed most flights in and out of New York’s LaGuardia Airport (LGA). There has also been ATC related delays at Newark (EWR), Philadelphia (PHL) and Washington DC (DCA).

According to data from Glassdoor, there has been a 10% increase in federal employees actively searching for jobs since Jan. 11.

Glassdoor also reported a 46% drop in applications for federal government roles compared to this time last year. While this might be a temporary drop due directly to the shutdown, Daniel Zhao -- part of Glassdoor’s economic research team -- predicts that the federal government might have done a number on its reputation.

“Not only has the shutdown put a temporary pause on hiring, but it also hurts the federal government’s reputation as an employer and its ability to attract top talent,” wrote Zhao on the company’s blog. “Although current workers may ride out the storm in order to keep their benefits, the highly-publicized shutdown isn’t a good recruiting moment for prospective workers and may discourage aspiring candidates from applying to government jobs in the first place.”