Articles
Harriet Baskas is an award-winning journalist and the author of eight books. She writes, most often, about airports, air travel, unusual museums, and odd adventures for a variety of outlets, including her blog, StuckatTheAirport.com.
Jan. 17, 2022
•
5 min read 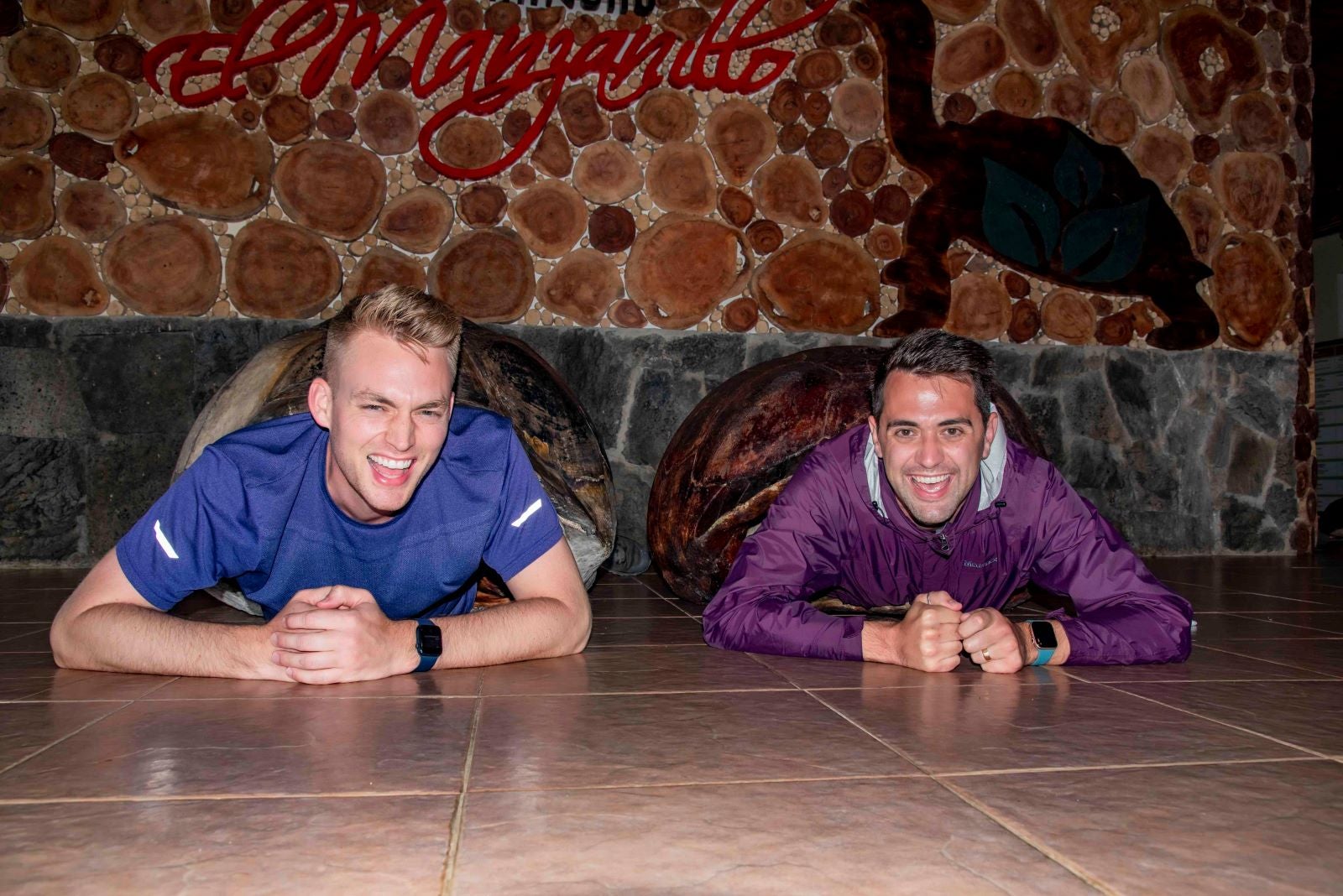 If you’re a fan of The Amazing Race reality series in which up to a dozen teams of two race around the world in hopes of winning a $1 million grand prize, you may remember Season 32 winners Will Jardell and James Wallington.

For more TPG news delivered daily to your inbox, sign up for our daily newsletter.

When the couple crossed the finish line, Jardell proposed to Wallington with a ring he’d been carrying with him the entire race. He said yes and they became the first LGBTQ+ couple to get engaged on the show. The couple got married in New Orleans this past December and last week celebrated their honeymoon onboard Hurtigruten Expeditions’ inaugural cruise aboard the Santa Cruz II in the Galapagos Islands.

I was also on the ship (as part of a hosted press group) and did my best to keep my distance from the honeymooners so they could enjoy this bucket list adventure. But I did join them for dinner one evening to quiz them about their travel traditions and some of the Amazing Race travel tools that might come in handy for the rest of us in real life.

In airports and on planes

Like many travelers, Jardell and Wallington have some favorite airports and amenities, and some airport routines that help keep them sane.

“At airports, we always get a snack or a smoothie,” says Jardell, “And then, because we’re active, we usually walk the entire airport and look around.” People watching is also a favorite pastime “and we love to make up stories about people we see,” Wallington adds.

Jardell likes the mystery behind the tunnels under Denver International Airport and he makes sure to spend some time playing the slot machines every time the couple passes through the airport in Las Vegas. “When he won $200, we used the money to pamper ourselves at XpresSpa,” says Wallington. “You’ve got to make the most of your layover and who would have thought that a spa day at the airport would be so much fun?”

During the Amazing Race contest, the couple used many of the skills they’ve learned while traveling together, but “we had to get a little more creative with our resources because you don’t have luxuries like a laptop or a phone,” says Wallington.

As a workaround, they sought out duty-free shops and stores selling electronic gear in airports and used the Wi-Fi on the computers and phones for sale to pull up maps for their next destination. They also made sure to ask flight attendants for tips about destinations, scoured inflight magazines for city maps, and gleaned tips about in-city activities from the short informational films often available on inflight entertainment channels. “You’ve got to use everything to your advantage,” says Wallington.

While fanny packs have gone in and out of style, right now they’re in and trendy, and according to Jardell and Wallington, a must-have for travel anywhere in the world. They use Eagle Creek fanny packs to hold travel essentials such as passports, wallets, money, travel guides, documents, hand sanitizer, snacks, Chapstick, hand lotion and extra masks.

The duo also leans into packing light by trying to travel with one carry-on and one backpack each no matter the duration of the trip. “We’ve invested in really good backpacks where everything is easy to access,” says Jardell, “And we make sure everything we bring with us has a purpose and that we pack only what we need.”

Staying entertained and perky while traveling

Jardell and Wallington always make sure to pack a deck of cards or a game they can play together or with people they meet along the way. And on long travel days their strategy is to keep to themselves and rest when they have time, but be alert and ready to go the second they need to make a move or be somewhere. In a post-trip email, they said “We also have a lot of fun together and have adopted this ‘go with the flow’ mentality when we have a long and exhausting travel day ahead. Why sweat the small stuff? Just kick back, relax and enjoy the journey.”

A mantra we can all embrace to help our journeys be amazing as well.

Related: Things You Should Do Before, During and After Flying to Stay Healthy

Even before their trip to the Galapagos, Jardell and Wallington were committed to finding ways to make their travel eco-friendly and sustainable, and they’ve put together a fun video with five tips on how they do that.

Featured image by (Photo courtesy of Hurtigruten Expeditions/Dennis Ballesteros)
Editorial disclaimer: Opinions expressed here are the author’s alone, not those of any bank, credit card issuer, airline or hotel chain, and have not been reviewed, approved or otherwise endorsed by any of these entities.