Savvy rewards travelers focus on transferable points for the most flexibility

Articles
Ethan Steinberg has been a frequent flier for as long as he can remember. He went from studying abroad in Paris to moving to Shanghai after graduating college, where he covered all things travel in the Asia-Pacific region for TPG.
Feb. 11, 2020
•
6 min read 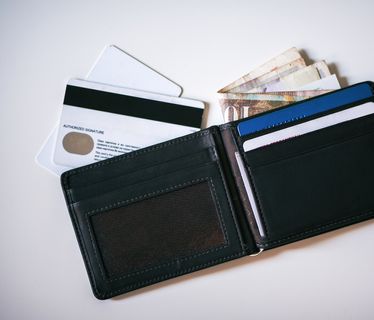 Savvy rewards travelers focus on transferable points for the most flexibility
This post contains references to products from one or more of our advertisers. We may receive compensation when you click on links to those products. Terms apply to the offers listed on this page. For an explanation of our Advertising Policy, visit this page.

Often times I see people who are just starting out in the world of travel rewards think that they need to accumulate miles with each individual airline or hotel they fly with. What ends up happening is that they spread themselves so thin trying to cover all these different programs that they never earn enough miles for a free flight and they end up giving up on the whole idea of travel rewards. TPG reader Mark wants to know which card he should focus his spending on to maximize rewards ...

[pullquote source="TPG READER MARK"]I want to use just one card all the time so I don't have to keep track of which one gives the most points for shopping at certain places. I have Capital One, Southwest, and United credit cards. Since Southwest and United use different methods for using points for flights, am I better off using one or the other of these credit cards all the time? Or, does the Capital One card with double points beat both of those?[/pullquote]

Based on this question, Mark appears to be looking for a good credit card for everyday spending, the catchall term used to describe purchases that don't otherwise fit into a clear bonus category (like travel or dining). This is an important and often overlooked part of your points accumulation strategy, so good on Mark for thinking about it. While there's a lot of beauty in the simplicity of a one-card strategy, you'll end up leaving a lot of points on the table. You might find a more happy (and rewarding) medium sticking to a two- or three-card strategy instead.

Now on to Mark's actual question, which essentially asks which of the following three cards (currently in his wallet) he should focus on:

When I first saw this list there was one thing that jumped out to me: Mark doesn't have any credit cards that earn Chase Ultimate Rewards points or American Express Membership Rewards points, widely considered to be two of the most valuable loyalty currencies out there.

Transferable points are such an important part of the credit card strategy because they address Mark's problem directly: Instead of trying to decide whether to focus on earning miles with United or Southwest and spreading himself too thin in the process, he could instead earn Chase Ultimate Rewards points which he can transfer instantly to both United MileagePlus and Southwest Rapid Rewards at a 1:1 ratio depending on which airline he's flying with.

Out of the three cards he currently has, Mark would be best off putting most of his spending on the Venture Rewards card which earns 2x miles per dollar and offers a number of airline transfer partners and hotel transfer partners as well. Still, I think it's safe to assume that Mark flies pretty regularly with both United and Southwest based on his choice of credit card, so lets see how much better he could do if he switched his credit card strategy to one centered around the Chase Ultimate Rewards ecosystem:

Both of Mark's cobranded airline credit cards (the Southwest and United cards) earn 2x miles on purchases made with the respective airline and 1x everywhere else, while the United Explorer card also earns 2x miles on hotels and dining. Based on TPG's latest valuations, that works out to a return of 1.3 to 1.5 cents on most purchases, climbing to 2.6 to 3 cents per dollar for purchases made in the cards bonus categories.

If Mark were to trade in those two cards for a Chase Freedom Unlimited and a Chase Sapphire Preferred Card or Chase Sapphire Reserve here's what his earning would look like instead:

If you find yourself torn between collecting miles with two different airline programs, you might be missing an easier option. Rather than splitting his spending, Mark should instead try to collect transferable points (specifically Chase Ultimate Rewards) that he can convert to Southwest or United miles as needed. Not only do the Ultimate Rewards-earning cards have better earning rates, bonus categories and perks, but you can also transfer them to a dozen other airline and hotel programs if Mark finds himself traveling with a different airline.

Thanks for the question, Mark, and if you’re a TPG reader who’d like us to answer a question of your own, tweet us at @thepointsguy, message us on Facebook or email us at info@thepointsguy.com.