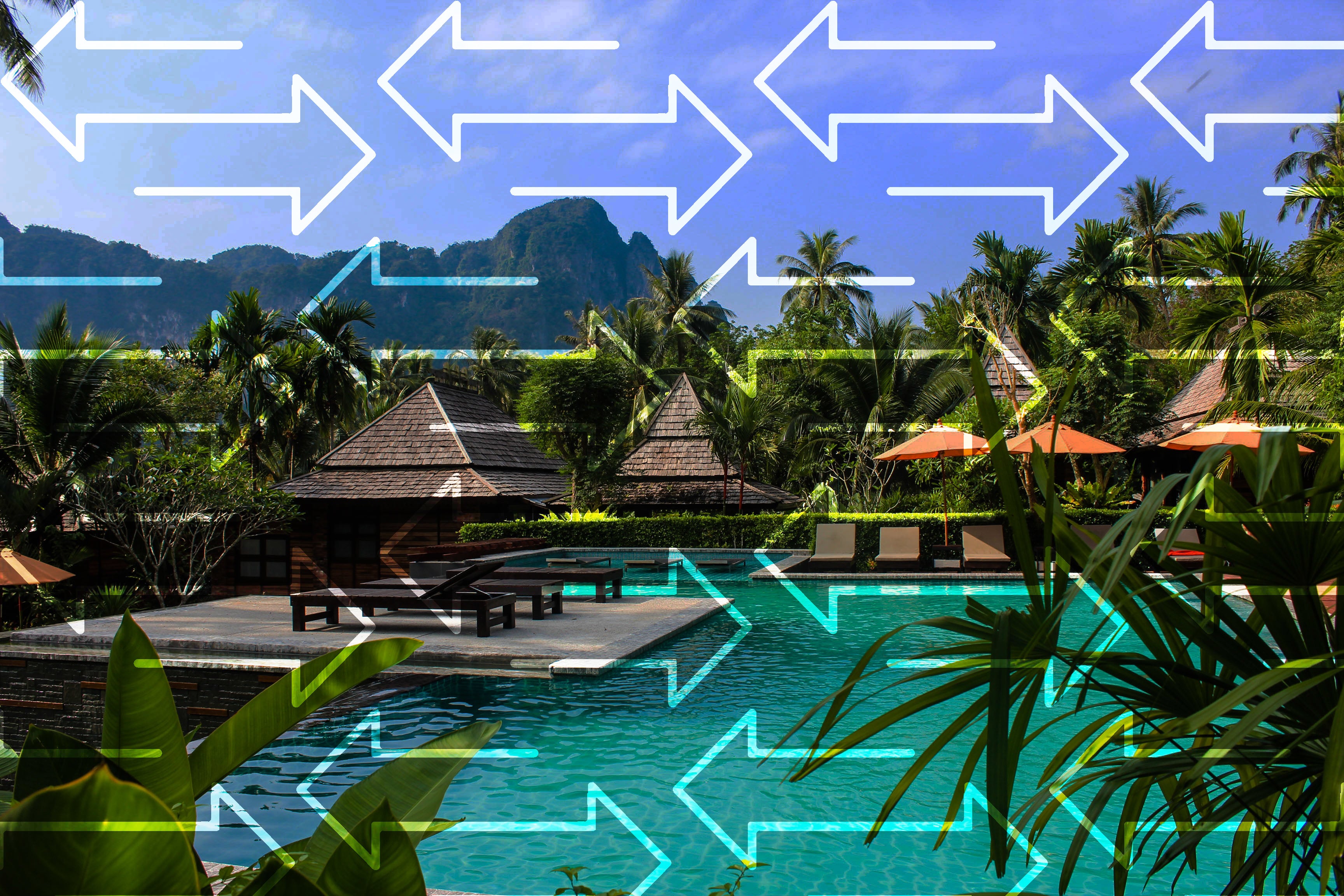 Transferring points to my fiancée — reader mistake story
This post contains references to products from one or more of our advertisers. We may receive compensation when you click on links to those products. Terms apply to the offers listed on this page. For an explanation of our Advertising Policy, visit this page.

Today, I want to share a story from TPG reader William, who overlooked one of Marriott's rules for transferring points to airline partners:

My job requires a significant amount of international travel, and I have been stashing (and now finally cashing in) points for my honeymoon to Singapore, Bali and Thailand next June! I transferred points from my Chase Ultimate Rewards account to Singapore Airlines and booked two business-class tickets from Los Angeles to Singapore (with a three-day stopover) and Bali for 90,000 points each, and redeemed Marriott points for five nights at The Laguna resort in Bali. The only thing left was to book the return flights.

My fiancée was sitting on a stash of around 67,000 AAdvantage miles, and I knew if we got her to 70,000, we could use her miles to book her return in business class on Cathay Pacific or Japan Airlines. I had a big stash of Marriott Bonvoy points, so I decided to transfer 12,000 points to her AAdvantage account at a 3:1 ratio to get 4,000 miles. Marriott's transfer website only asked for the frequent flyer number of the recipient, so I entered her AAdvantage number and got an email from Marriott saying it would take up to a week to process.

Over a week later, she had still not seen the points in her account, so I decided to reach out to Marriott Bonvoy over Twitter. They responded within the day and said they would message me back after reaching out to their American Airlines counterparts. Within the next couple of days, I received a reply noting that you can only transfer points from Marriott to American Airlines if you are the recipient. This was not on the transfer page or anywhere overt, but rather in the fine print.

It was only 12,000 Marriott points, but I explained my situation as an honest mistake and politely asked if there was any way to get the points back. Much to my surprise, Marriott replied a few days later saying that they reached out to American Airlines, who said they would make an exception and posted the miles to my fiancée's account. They noted that for future transactions, the names must match for the transfer to be accepted.

Luckily this was for a small number of points; if I had transferred a lot of them, I would have definitely been sweating it out. As much heat as Marriott gets for their recent customer service problems, they went above and beyond to work with American Airlines to resolve my issue and make an exception. I give both companies major props for their understanding. Ultimately, I was able to book our return flights in Japan Airlines business class!

The Marriott Bonvoy program rules stipulate that to transfer points to an airline partner, the name on the frequent flyer program account must match the name on the member's Bonvoy account. The relevant section in the terms and conditions (3.11.b) states that the rule applies to "most" airline partners, implying that some airline partners may be exempt, but the phrasing is just a relic of the SPG merger that hasn't been updated. To avoid protracted transfer times and canceled transactions, make sure the names on each account are identical before initiating a transfer.

If you want to transfer Marriott points to someone else's frequent flyer account, there's an easy workaround. You can simply transfer points from one Bonvoy account to another, so long as both accounts have been open and in good standing for 90 days (or 30 days with qualifying activity). Assuming William's fiancée also had an eligible Marriott account, he could have sent her the requisite number of points, which she could then transfer to her AAdvantage account. Transfers within Marriott are generally instantaneous, so that extra step won't slow you down much.

Related: Which flexible points programs let you transfer points to others?

I appreciate this story, and I hope it can help other readers avoid making the same mistake. In appreciation for sharing this experience (and for allowing us to post it online), I’m sending William a gift card to enjoy on future travels, and I'd like to do the same for you. Please email your own travel mistake stories to info@thepointsguy.com, and put "Reader Mistake Story" in the subject line. Tell us how things went wrong, and (where applicable) how you made them right. Offer any wisdom you gained from the experience, and explain what the rest of us can do to avoid the same pitfalls.