Should I Transfer Amex Points to JetBlue or Buy My Ticket Outright?

Articles
Nick Ewen is a director of content at TPG and was one of the site's first contributors in 2012. He’s visited 52 countries (and counting) and has taken his 7-year-old daughter to 24 of them.
Follow
July 26, 2018
•
5 min read 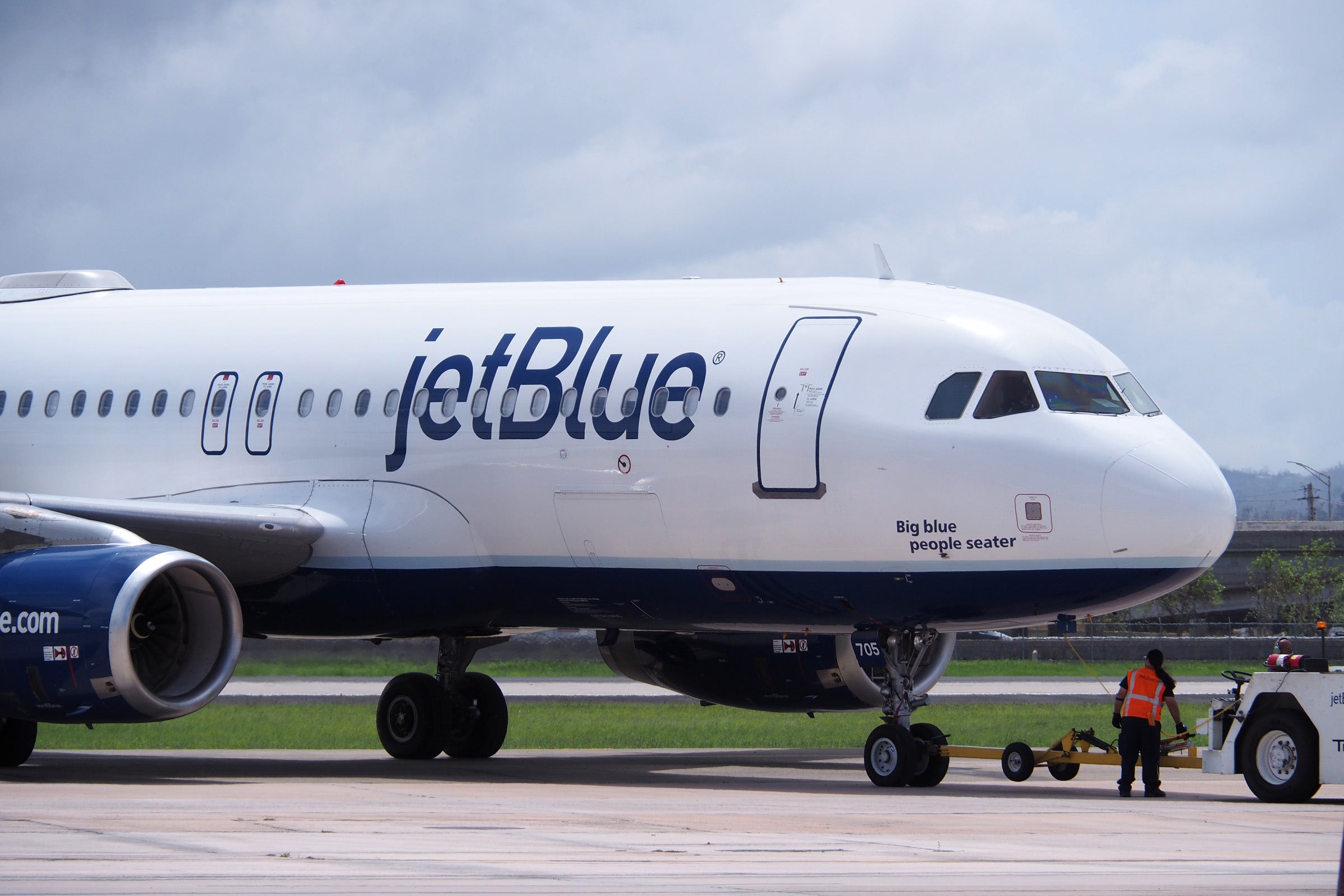 If you're looking for added flexibility with your travel rewards credit cards, you should be utilizing transferable points currencies so you're not locked into a single airline or hotel chain. However, TPG reader Eric wonders if transferring to a partner always offers a better value than just paying for a flight...

[pullquote source="TPG Reader Eric"]I'm booking two $600 tickets on JetBlue. Should I transfer Amex points, which would cost me 90,000 points for both tickets, or just pay the $1,200?[/pullquote]

Even though American Express no longer issues a co-branded JetBlue credit card, the carrier's TrueBlue program is still a transfer partner of the Membership Rewards program. Points transfer at a 250:200 ratio, allowing you to redeem them for any seat on any JetBlue flight which also has regular cash tickets available.

Since the program follows a revenue-based formula for both earning and redeeming miles, you'll get a flat rate of roughly 1.2-1.4 cents per point when booking award flights with TrueBlue points, which is why they're pegged at 1.3 cents in TPG's most recent valuations. I'm assuming Eric is rounding in the above example, but redeeming 90,000 points for roughly $1,200 worth of JetBlue airfare is right in that neighborhood of value.

It's worth noting that in those same valuations, TPG values Amex points at 1.9 cents apiece. That's significantly higher than the 1.3 cents per point for TrueBlue points, and you're also losing 20% of your Amex points in the process due to the 250:200 transfer ratio. In addition, transferring Amex points to a US-based frequent flyer program incurs a fee of $0.0006 per point (up to a maximum of $99) to offset the federal excise tax on the transfer, which would amount to $54 in this case. These things generally make transferring from Membership Rewards to JetBlue a poor value proposition.

If Eric is flush with Amex points and short on cash, it's possible (though still unlikely) that it would make sense to transfer the points, but there's one additional important consideration. By transferring points and booking award tickets, Eric is also giving up the chance to earn points on both the travel rewards credit card he would've used to book the flight, as well as TrueBlue points for taking a normal paid flight.

For example, if Eric has The Platinum Card® from American Express and used it for the $1,200 pair of tickets, he'd earn 6,000 Membership Rewards points since the card offers 5x points on airfare purchased directly with the airline. That haul alone is worth $114, a return of 9.5% on the purchase. The Chase Sapphire Reserve could also be a good option thanks to its 3x Ultimate Rewards points per dollar spent on an array of travel purchases, earning him just over $75 worth of points, a return of 6.3%. This may also be a great time to use a JetBlue Plus Card, which will net Eric 7,200 TrueBlue points from the purchase alone (worth $93.60 for a return of 7.8%).

Speaking of JetBlue points, he'd also be unable to earn points for the actual flight if he transferred Amex points to TrueBlue and redeemed them for an award. When you book a paid flight on JetBlue.com, you'll earn at least 6 points per dollar on the base fare of the ticket (though it could be as high as 11 points per dollar for a more expensive ticket type and if Eric has Mosaic status). A typical $600 domestic flight would have a base fare of roughly $515, though the portion of taxes & fees would be larger on international flights. We can thus safely assume that Eric would miss out on earning roughly 3,090 additional TrueBlue points by redeeming instead of buying, a haul worth roughly $40.

Finally, if this particular flight will be Eric's third JetBlue round-trip of the calendar year, he's giving up 5,000 extra TrueBlue points by booking an award ticket thanks to the carrier's Take 3 bonus. The same is true if it'll be his seventh flight — he'll miss out on an additional 7,000 points from JetBlue's Lucky 7 bonus.

So while transferring 90,000 Amex points to book these award tickets would keep $1,200 in Eric's bank account, he'd miss out on earning thousands of points through the associated credit card spend and taking the actual paid flight. My recommendation? Pay for the flight, Eric, and save your Amex points for another redemption. If you're in need of some inspiration for how far these points can go, check out our post on the best ways to redeem 100,000 Membership Rewards points.

Making a decision to buy versus redeem points or miles for a plane ticket can get quite confusing, especially with transferable point currencies. However, when it comes to transferring Amex points to JetBlue, I'd say that you're almost always better off paying for the flight directly, thanks in large part to the transfer ratio and the points you'll earn on both the purchase and for taking the flight. That being said, everyone has his/her own way of valuing redemption options, so if you feel like you're getting solid value, go for it!

Thanks for the question, Eric, and if you're a TPG reader who'd like us to answer a question of your own, tweet us at @thepointsguy, message us on Facebook on email us at info@thepointsguy.com.