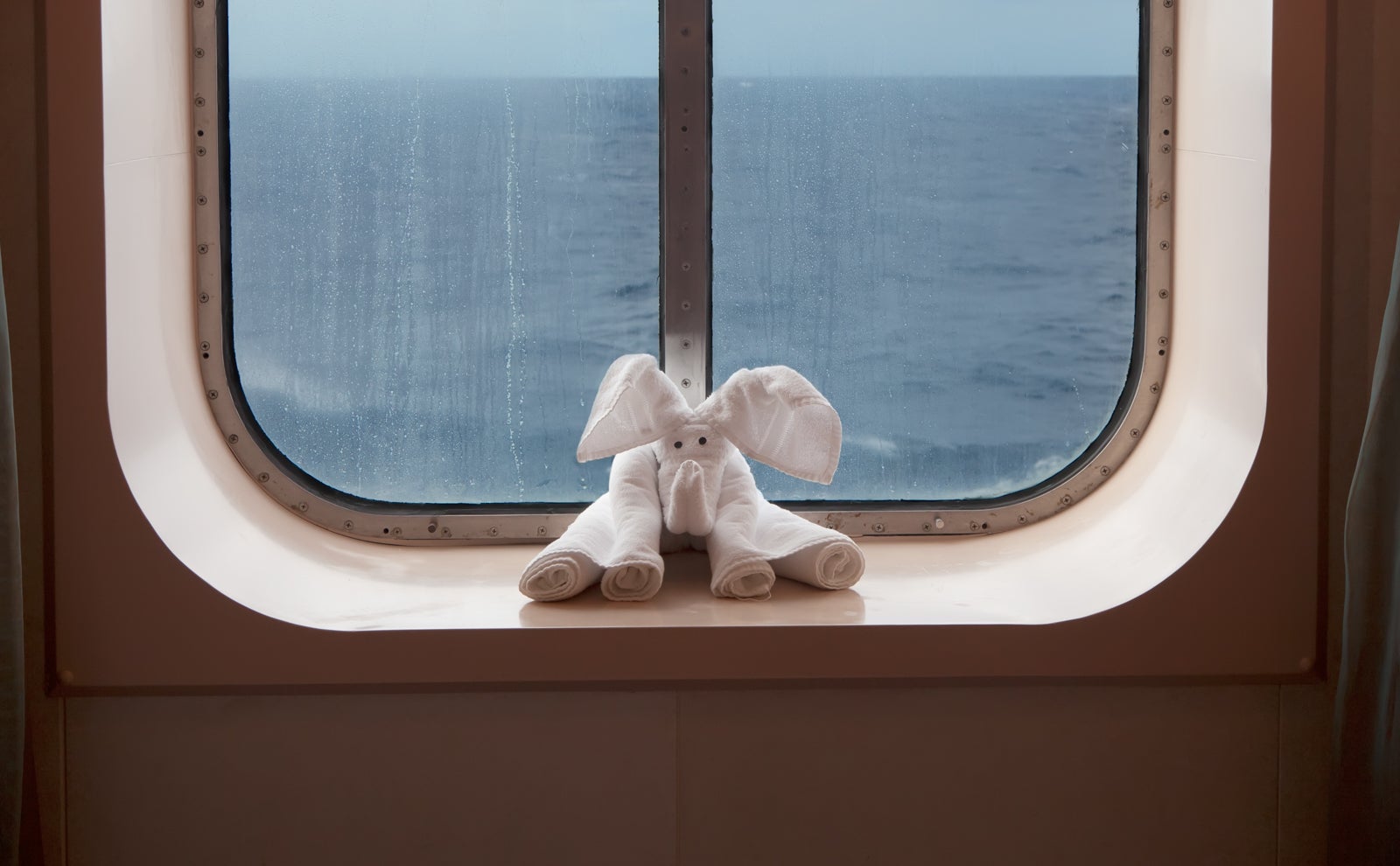 Towel Animals on Cruise Ships Might Soon Become Extinct
This post contains references to products from one or more of our advertisers. We may receive compensation when you click on links to those products. Terms apply to the offers listed on this page. For an explanation of our Advertising Policy, visit this page.

Is one of the most beloved traditions of modern-day cruising about to disappear?

Passengers on several Norwegian Cruise Line ships in recent weeks have noticed they’re no longer getting towel animals in their cabins as part of turndown service. The line says it's an effort to conserve resources.

“We are committed to being a responsible corporate citizen by fostering a culture of awareness and respect for our world’s resources,” a spokesperson for the line said Tuesday in a statement to The Points Guy, confirming the change. “Our mission is to continually improve our sustainability culture through fresh innovation, progressive education and open collaboration.”

Norwegian described the cutback as a test that, for now, only involves four of its 16 ships: Norwegian Dawn, Norwegian Getaway, Norwegian Star and Norwegian Sun.

The line also noted that room stewards on ships implementing the change would still create towel animals for passengers, “upon request.”

Towel animals are made with — you guessed it — towels. These must later be laundered on board ships, and critics have noted this has an environmental impact. Still, many longtime cruisers are smitten with the tradition and don’t want to see it vanish. The test has lit up message boards in recent days at cruise fans sites such as CruiseCritic.com, where cruising regulars are speaking out both for and against the change.

“At Cruise Critic, we saw a fairly mixed reaction from our cruisers,” editor-in-chief Colleen McDaniel told The Points Guy. “Many were sad to see a beloved tradition fading, while others were excited to see a cruise line proactively doing something to help the environment.”

In addition to being environmentally friendly, the towel animal cutback could save money for Norwegian by reducing laundry volume on its vessels and allowing its room stewards to complete turn-down service more quickly.

The tradition of room stewards placing towel animals in cruise ship cabins during turndown service dates back decades, and is a common practice across many brands, including Carnival Cruise Line, Royal Caribbean, Disney Cruise Line and Holland America.

Room stewards create everything from floppy-eared elephants to monkeys that hang from closet railings using towels that are often embellished with cut-out paper eyes and button noses. They’ll also sometimes incorporate passenger items such as sunglasses or clothing into the creations.

The tradition has become so popular over the years that some cruise lines offer towel animal-making classes on board. The line perhaps best known for its towel animal creations, Carnival, has even come out with a book on how to make 40 of the most popular towel critters. Sold on its 26 ships and at Amazon.com, it’s gone to reprint three times.

Carnival spokesperson Vance Gulliksen told The Points Guy the line has no plans to cut back on the tradition.

A spokesperson for Royal Caribbean also said the line had no plans to change its policy.

Should cruise lines continue to place towel animals in passenger cabins as part of turndown service, or are these much-adored cotton creatures about to go extinct? And if so, are towel swan arrangements at your favorite resort about to join the endangered list?